Marathon Petroleum further expands its unshakeable commitment to its hometown. 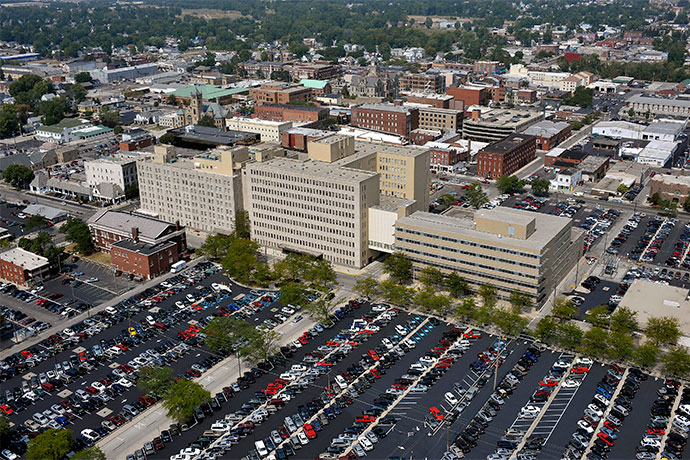 Marathon Petroleum’s headquarters in downtown Findlay has been stretched to the limit by company growth since its 2011 spinoff from Marathon Oil. The plan below shows how the new campus will take shape.
Images courtesy of MPC
by ADAM BRUNS
M 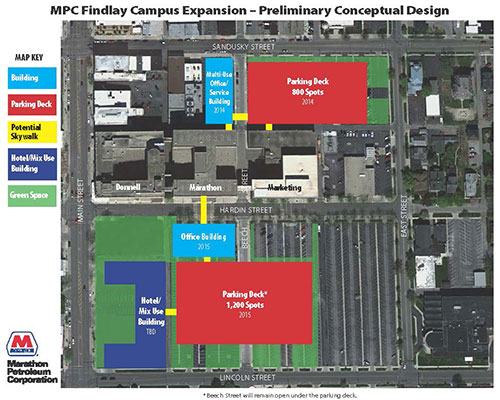 arathon Petroleum Corp. spun off from Houston-based Marathon Oil in 2011. But it’s been a bedrock presence in Findlay, Ohio, part of the Toledo metro area, for more than 125 years, and employs more than 1,800 people in the area. A new project will further reinforce Marathon’s commitment.

The Fortune 50 company did not choose to issue a press release, says Angelia Graves, director of public and state government affairs for Marathon, and executives are not available for interviews. But she did share an official statement:

“Marathon Petroleum Corporation (MPC) has decided to embark on a multi-year project to expand and enhance its corporate offices in Findlay. The approximately $80-million capital project will provide additional office, parking and meeting space through the following additions:

In addition to the expansions above, MPC is also exploring the option of having a hotel or mixed-use facility built on the corporate campus available for community use. This plan has not been finalized as MPC looks to a third party to develop this potential project.”

The new office space will be directly across the street from company headquarters, in space formerly dedicated to employee parking. Marathon said construction on the project is targeted to begin this spring with the first parking deck adjacent to Sandusky Street. The total project is expected to take two to three years to complete. When finished, the campus will serve as the headquarters for MPC and MPLX, the company’s pipeline and storage subsidiary. 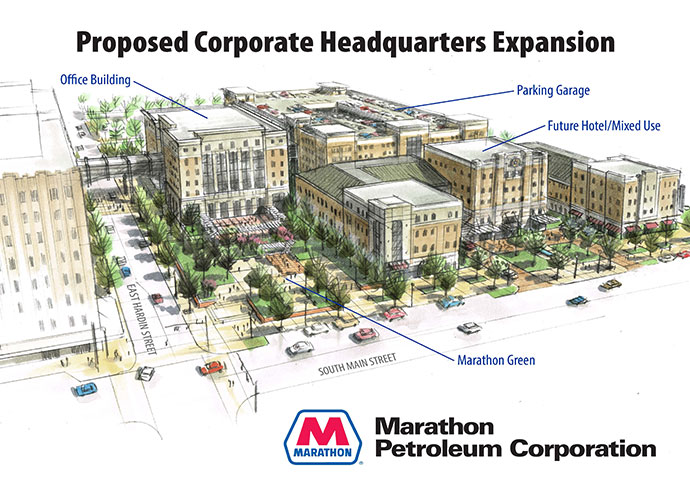 This rendering shows the green and open look Marathon wants for its newly expanded campus.

Asked if the company evaluated locations other than Findlay or outside Ohio for either the MPC HQ, MPLX HQ or both, Graves writes, “Yes, we did evaluate other locations for MPLX’s headquarters. We aren’t providing the information concerning what other places that we looked at.”

The company earned more than $2 billion in its most recently completed year. In a recent earnings release, MPC President and CEO Gary R. Heminger said he expects the company’s midstream and retail capital expenditures to total approximately $4 billion between 2014 and 2016, a $2.3-billion increase over the previous three-year period.

As reported in Site Selection in summer 2012, the company was bursting at the seams at its signature yellow-brick headquarters in the middle of town, moving some of its staff off site as it grew following the spinoff. A previous expansion was aided by nearly $80 million in tax credits from the state, contingent on certain investments in a given time frame.

The $80-million investment will go toward new buildings and garages, and will not include any investment in the company’s original complex. In addition to the new investment, MPC will further its commitment to the community by making a $1.1-million donation to Findlay City Schools for use in technology enhancements and construction of a new school bus parking garage. The company also recently lent its name and directed its dollars to the new $10-million Marathon Performing Arts Center downtown.

“Since 2011, we have grown by more than 200 employees at our corporate headquarters,” said Gary R. Heminger, MPC’s president and CEO and a Findlay native. He also is a member of the board of directors of JobsOhio. “It has become necessary that we expand our corporate offices to meet our increased employee base and growing business. When completed, we will have an exceptional campus that will meet the needs of our business for years to come.

“At the same time,” he continued, “we are pleased that we are able to keep our headquarters in Findlay where we started as a company more than 127 years ago. Our investment in a new campus, as well as our donation to Findlay City Schools, shows our long-term commitment to Findlay.” 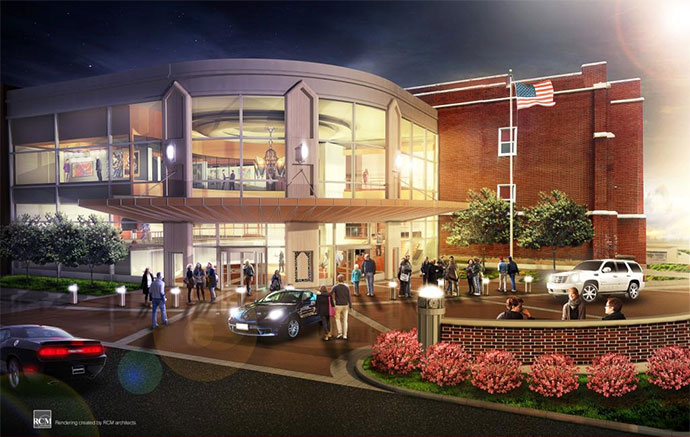