The Center for Public Integrity does everyone a service with this typically thorough analysis of the continuing nuclear waste cleanup delays at the Hanford site in Washington. Among its sources is this report from the Government Accountability Office. (Watch for coverage of this issue’s effects on economic development, as well as the good and bad effects from other regional environmental policies, in the Pacific Northwest regional review, in the March issue of Site Selection magazine).

Oilfield services firm Weatherford International is investing in many locations in Texas. It’s also investing in the work-force training to back up those projects, as the company in December announced it has partnered with Alamo Colleges to provide job training using a $1.5-million Skills Development Fund grant from the Texas Workforce Commission. The grant will be used to provide 673 new workers with technical training to operate oilfield equipment properly. Upon completion of training, the workers will earn an average hourly wage of $17.34.

"The Alamo Colleges is proud to play a critical role in training the skilled workers companies such as Weatherford need to be competitive," said Alamo Colleges Chancellor Dr. Bruce Leslie. "These are the in-demand jobs that our area needs to benefit fully from the economic impact of the Eagle Ford Shale development.”

Accenture’s focus on the “new energy consumer” yields some concrete insights for today and tomorrow via the firm’s utilities forum. 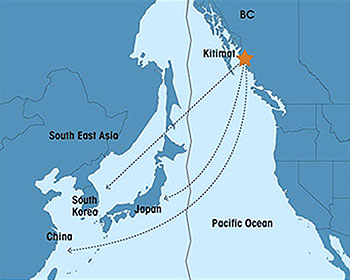 Fluor Corp. announced this week that its joint venture with JGC was awarded an engineering, procurement and construction contract by Chevron Canada Limited for the proposed Kitimat Liquefied Natural Gas (LNG) project in Bish Cove, British Columbia, Canada. Chevron and Apache Canada Limited each hold a 50 percent interest in the proposed project. “We are excited to enter into the next phase of supporting the Kitimat LNG project for Chevron and their partner Apache,” said Peter Oosterveer, president of Fluor’s Energy & Chemicals Group. “Kitimat has the potential to become Canada’s first major LNG production and export terminal. Our strategic relationship with JGC was a key to winning this project and is certainly proving to be a differentiator in our markets.” The project will be performed by Fluor and its joint venture partner, JGC, leveraging the global capabilities and expertise from both companies with project work to be executed from their North America and Asia Pacific offices.

The latest from the American Council for an Energy-Efficient Economy hones in on One Small Step for Energy Efficiency: Targeting Small and Medium-Sized Manufacturers, which it says comprise 90 percent of US manufacturing establishments.

The all-electric Spark-Renault SRT_01E, driven by Brazilian driver Lucas di Grassi, made its first public appearance at the Consumer Electronics Show (CES) in Las Vegas, Nev., last week. “The work that has been done by all technical partners over the last few months has been fantastic and the car lives up to Renault’s high competition standards,” said Renault Sport Technologies CEO Patrice Ratti. “We are very happy about the result so far and our engineers will keep working with Spark, Dallara, McLaren, Williams and Michelin to further improve the Spark-Renault SRT_01E so that all teams can compete with an amazing 100-percent electric race car when the championship begins.” 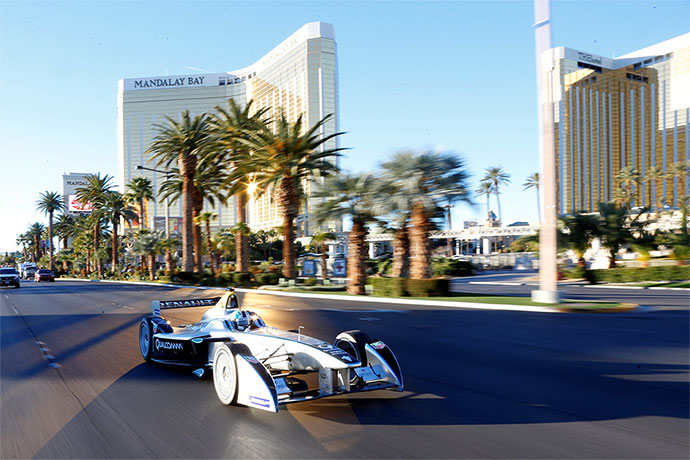 The Center for Land Use Interpretation, with the cooperation of the Los Angeles Department of Water and Power (LADWP) on Feb. 7 will lead a High Voltage Bus Tour that will feature the “ordinary and extraordinary elements of the electrical infrastructure of the city.” The tour is part of the CLUI exhibit LADWP Power: Electricity in Los Angeles, on display through February 16, 2014.

Eastern Kentucky, known for its “dark hollows,” is becoming increasingly known for its hollowed-out coal mining industry. The state of the industry, and of efforts to diversify the region’s economy, are chronicled in this in-depth November report from The Wall Street Journal.