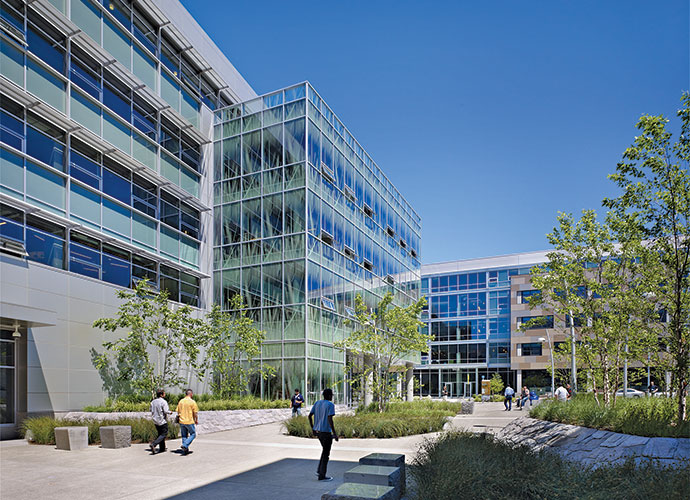 Amazon’s South Lake Union Campus is just one of many green building exemplars in Greater Seattle.
Image courtesy of Amazon and Vulcan
by ADAM BRUNS
A 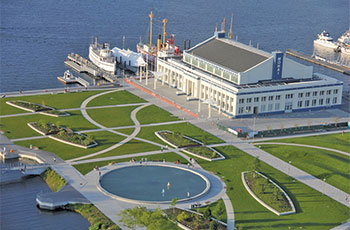 s of last spring, Seattle was home to enough LEED-certified buildings that to visit one a day would fill out your entire year’s calendar in a leap year.

Their number ranges from corporate facilities such as Dendreon’s headquarters, multiple Amazon projects and Starbucks galore to facilities on the University of Washington campus and offices of such leading design firms as McKinstry and Perkins + Will.

Site Selection readers already knew that, judging from the metro area’s prominence in our annual Sustainability Rankings, and the area’s pronounced lean toward all things ecological.

Now the area is stretching into new green territory with its government’s own portfolio. On Dec. 9, King County officially adopted an updated green building ordinance.

“By embracing the highest green-building standards in the nation, we are taking action to meet our goal of cutting in half the climate impact of County operations,” said King County Executive Dow Constantine. “At the same time, we will save money on the energy needed to operate our facilities.” 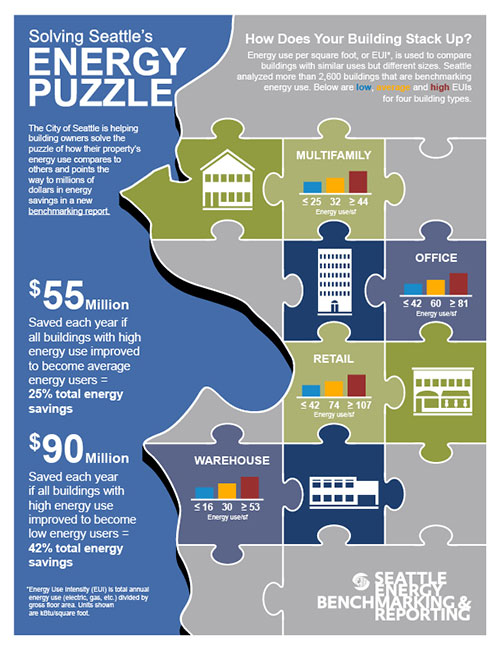 The legislation adopted by the County Council requires that King County building projects comply with environmental standards if they can be achieved within certain cost constraints. The newly adopted policy will help King County meet several long-term targets, including cutting in half the total greenhouse gas (GHG) emissions from government operations by 2030, compared to a 2007 baseline, by 50 percent; and reducing by at least 80 percent the overall GHG emissions countywide by 2050, compared to 2007 levels.

Meanwhile, the City of Seattle has its own robust Green Building program that facilitates green building policies and programs in both city operations and commercial practices. Key programs include the Sustainable Buildings and Sites policy. Within the Department of Planning and Development, Priority Green permitting incentives are well established and will continue to grow.

A report and infographic released Jan. 8 by the Seattle Office of Sustainability and Environment on building energy use reveals that “Seattle building owners are poised to save tens of millions of dollars on energy annually by improving their building’s energy efficiency.” The city also recently released its Resource Conservation Management Plan, which sets guidelines for reducing energy use in City-owned buildings 20 percent by 2020.

As the table below illustrates, the analysis established performance ranges for 13 different building types based on their reported 2012 energy use. Among its findings:

To date about 93 percent of buildings have had 2012 data reported to the City —the highest compliance rate in the nation for benchmarking laws. Seattle is one of nine U.S. cities with benchmarking ordinances. 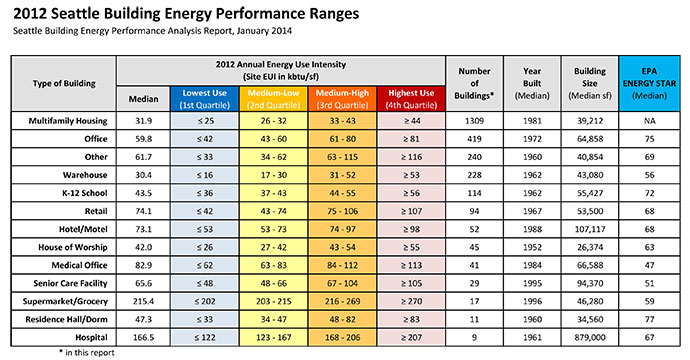