Which countries do the best job balancing the sometimes competing demands of energy policy? 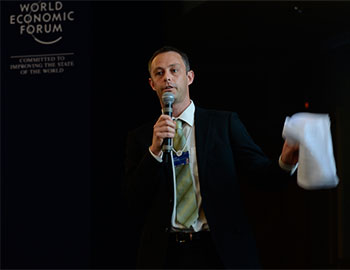 he World Economic Forum is busy this week prepping for next week’s annual get-together of the world’s elite in Davos, Switzerland. But last month’s focus was on energy, as the Geneva-based WEF released the Global Energy Architecture Performance Index (EAPI) Report 2014.

Prepared in collaboration with Accenture and designed to help countries spur their efforts to meet energy challenges and opportunities in innovative ways, the Index assesses regions and 124 countries according to an “energy triangle” comprising economic growth, environmental sustainability and energy security performance, analyzing the complex trade-offs and dependencies that affect country efforts to balance those three elements.

Norway tops the Index rankings, followed by New Zealand and France. The WEF said 41 percent of energy supply in the top 10countries comes from low-carbon energy sources, compared to a global average of 28 percent.

The WEF’s suite of tools to access the Index’s data includes a map widget and access to the raw data platform, as well as contributed essays from top elected, academic and corporate officials in each world region.

“Resource wealth or economic development alone do not guarantee high performance on the Index,” said Roberto Bocca, senior director, head of Energy Industries, World Economic Forum. That point was driven home by the fact that the top-ranked nation in the economic growth and development category — Peru — was the only category leader in the study to not finish in the top 10 overall.

“Among the factors driving it is a very good energy intensity score — a lot of dollars out of each energy unit spent,” he says, referencing the key indicator of energy productivity. He also says the country has passed a measure known as the Electrical Concessions Act, thereby opening up to more competition in the market.

But then come the reasons that No. 1 spot didn’t translate to a Top 10 overall score: only an 85-percent electrification rate for the country, and a relatively high prevalence of solid fuel for cooking (i.e. not modern fuels). CO2 emissions from electricity production and lagging fuel economy measures contribute to a ranking of 64th on the sustainability dimension. Other organizations such as Cultural Survival, an advocacy and activism organization for indigenous peoples and cultures, note the country’s ongoing challenges remediating decades of petroleum-based industrial waste: “While billions of dollars worth of oil have been taken from their lands, Indigenous Quechua still lack access to basic services and potable water, a jarring disjunction between their abject poverty and the ‘black gold’ being extracted at a rate of 15,000 barrels per day,” said a recent statement from the organization citing dozens of spills reported and unreported by the national government, especially in an area known as Block 1AB, whose concession expires in 2015.

The Index notably rewards those countries with prominent nuclear power and hydropower assets, paired in many cases with high levels of service economy jobs, which means a low level of energy-intensive industry and manufacturing. The Index also rewards those nations who pair significant and exploitable carbon resources with visions of leaving that carbon behind.

“We believe we can have it both ways. The reality is that resource development and environmental protection are inseparable, not incompatible, and we have built Alberta’s entire system around that premise.”
— Hon. Alison Redford, Premier of Alberta, Canada

But there is gray territory, such as in Germany, where energiewende, the plan to quickly leave nuclear power behind and rush to renewables, is having its share of painful effects. Germany seems to personify the challenges of balancing the energy triangle, as wind turbines go up in every direction, but the country also (more quietly) continues to invest in coal-fired generation even as the rush away from nuclear takes place.

In fact, says the report, "The cost challenge of renewable energy, coupled with the availability and comparative low cost of coal over natural gas in the EU — driven by the shale ‘revolution’ in the US — has triggered a return to coal over natural gas in power generation. The EU increased coal imports by 2.8 percent in 2012, compared to the average 1.3-percent decline trend of the past decade. Because coal generates, on average, twice the amount of GHG emissions as natural gas, this trend is having the opposite effect to that targeted by EU renewable policy directives. This highlights the pricing challenge of renewables, as well as the need to build more resilience against price fluctuations in fossil fuels."

"Nobody's perfect on the index," says Mehlum. "Even Norway can improve. Germany is number 15, very important for Europe, and has traditionally had a diversified energy mix, well integrated into the European energy system. But integration across borders is an area for improvement Germany really needs to work on. And deciding to step out of nuclear has created a gap." (See related story in this issue, "No Nukes, No Problem?")

Aggressive renewables subsidy schemes can help at first. But then they can sometimes hurt, as Germany's energy consumers can attest, in the form of skyrocketing prices. 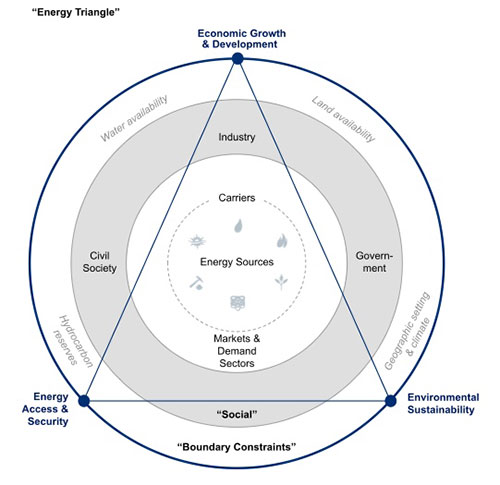 "It's not easy to get all the renewable policies right, especially as a recent industry," says Mehlum. "Spain went out with an ambitious subsidy scheme, then had to back-track. Germany is facing that problem. If you subsidize something that is marginal, fine, but when subsidizing something that is mainstream [as solar and wind have become there], it becomes much more challenging for the consumer. Germany has to align its policy with how the on-the-ground realities are unfolding."

That country's policies for 2020 are now being debated. A group of eight European country energy ministers (including Germany's) in December signed a letter calling for a 2030 target for renewables — something opposed by the UK, which says aiming for greenhouse gas emissions reduction is enough. However, a leaked EU report notes that leaving renewables out of the picture could cost Europe more than half a million jobs. The European Commission will release a full package of proposed measures on the topic on January 22.

"Competitiveness and the link to energy is now a core concern for European countries," says Mehlum. "On the one hand, you have the de-industrialization of Europe, with the exception of Germany, and at the same time the cheap gas becoming available in the US," as well as cheaper electricity. He says higher energy costs don't necessarily always lead to higher end costs because of increased energy efficiency. Not all industries are energy-intensive. And some countries prop up their energy prices with subsidies. But for sectors such as chemicals, manufacturing and pulp and paper, "energy can be among the most important vital input factors, and when those industries are exposed to international competition, yes, there can be concerns around economic competitiveness."

Depends Where You Want to Be

Asked how the Index has evolved in this, its second edition, Mehlum says, “An index is never a 100-percent mirror of reality. It’s always a simplification. Reality is complex, and data is not available for everything one would want to measure.”

Indeed, among the 18 indicators (six per each dimension), figures for cost of electricity for industry were only available as recently as 2009, according to the International Energy Agency, the WEF’s primary data source. Meanwhile, the report has added two elements: a measure examining diversification of energy imports (i.e. how dependent a country may be on one other country for its energy needs) and a measure of methane emissions to go with other greenhouse gas measures looking at nitrous oxide and CO2. Mehlum is hopeful that one day the EAPI will incorporate water footprint and availability data, as well as balance the carbon-free aspect of nuclear power with data on nuclear waste.

Could some major projects in the works — such as pending investments by Chevron and others in low-ranking Ukraine, or Dangote Group’s mega-refinery project in its home country of Nigeria — influence the Index’s next iteration? Mehlum is careful not to speculate. But he does offer that developing energy supply in country can be cheaper than importing it.

“It can be beneficial for energy security and a contribution to economic growth and development,” he says. At the same time, working better across borders can be just as effective. “Integrating your energy system with other countries can be as smart as developing your own resources,” he says. “That is what Switzerland is doing.” (And it’s what the US might still do with Canada.)

So, how should a corporate location decision-maker use the EAPI? Mehlum says the first question to ask is, "How important is energy for my location decision, and how much energy do I need? Then one can start looking at the cost of energy in different locations, especially for those in energy-intensive business, but also think about the stability of supply, and access to energy. Sustainability is becoming more and more important: Some are trying to go fully renewables. With that in mind, one could increasingly think about sustainability, and see which countries are scoring higher, and compare that. Sweden for instance, has a very ambitious plan to move out of fossil fuels. It's easier said than done, but some countries have more progressive paths than others. Corporations want to be associated with countries with good performance in sustainability."

Below are the Top 10 countries in the EAPI 2014 with selected report highlights from each of those countries, followed by rankings of the top five performers (and ties) by world region and by category.