Is Australia about to deliver an about-face in renewable energy policy? 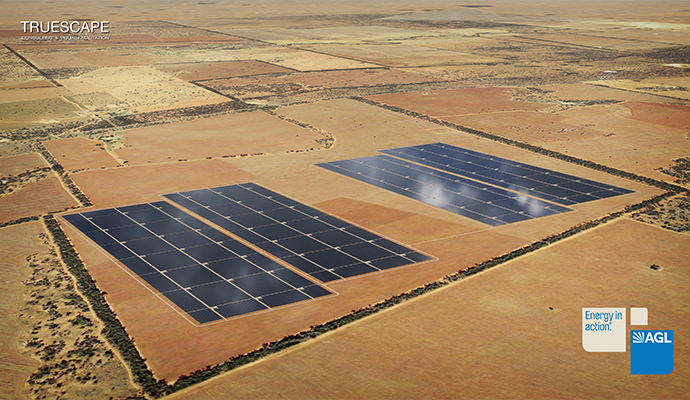 This $300-million, 102-MW utility-scale solar farm from Australian utility AGL in the New South Wales community of Nyngan has moved forward in partnership with the nation’s renewable energy agency, which the Australian wants to abolish and fold into its Department of Industry. As of early June, the first 17,000 of the 150,000 steel support posts for the solar panels had been installed over the previous month, and the first 38,000 of the 1,350,000 solar panels were scheduled to be delivered later in June.
Image courtesy of AGL
by ADAM BRUNS
E

nter "Australia" and "renewable energy" in your favorite news search engine today and you'll likely get more than you bargained for.

In February, Minister for Industry Ian Macfarlane and Minister for the Environment Greg Hunt released the terms of reference for a review of the RET scheme, with a report due this year. The plan calls for 20 percent of Australia's electricity to come from renewable sources by 2020.

"This upholds a clear commitment that the Coalition took to the election, to review the Renewable Energy Target to make sure it is working efficiently and effectively," said Macfarlane. "In particular, the review will consider the contribution of the RET in reducing emissions, its impact on electricity prices and energy markets, as well as its costs and benefits for the renewable energy sector, the manufacturing sector and Australian households. Australia's diversity of energy sources is one of our greatest national strengths. Renewable energy has contributed to the energy mix, but we must ensure that the program is operating effectively." 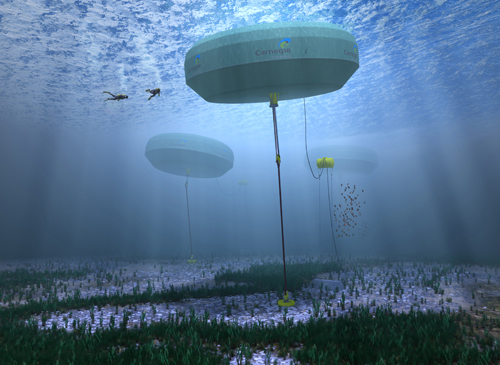 Carnegie Wave Energy's CETO 6 Project will be an up to 3MW grid-connected wave energy array located at Garden Island, Western Australia, near Perth, to be demonstrated in 2016. The project is supported by $11 million in grant funding from the Australian Renewable Energy Agency's Emerging Renewables Program, and a $20-million, five-year loan facility from the Clean Energy Finance Corporation, announced in early 2014.

Macfarlane further pointed out that "unlike the pattern from the previous Government, the review will engage in real consultation, seeking submissions from the public and industry."

"The Government is committed to easing the pressure of electricity prices for families and business," added Minister Hunt. "That's why we're getting rid of the carbon tax. The carbon tax drives up the price of electricity but has had no significant impact on emissions."

On May 13, the Australian Government announced its intention to abolish ARENA and merge its functions into the Department of Industry. As of the first week of July, the legislative measure had been referred to the nation's Senate Economics Legislation Committee, which is due to report to the full Senate in early September.

A white paper released May 26 by Bloomberg New Energy Finance said "scrapping or reducing Australia's Renewable Energy Target would shelve AU$12-21 billion of investment in clean energy, cut 7,000-11,000 future jobs in wind and solar industries every year, lead to higher power prices for consumers and deliver power companies AU$6-12 billion of extra revenue from 2015 to 2020. The current RET is expected to drive AU$35 billion of investment in clean energy by 2020, employ 25,000 workers each year in construction and operations, "reduce emissions from power generation by 5 percent and prevent future surges in power prices by supplying electricity for 20-25 years with no ongoing fuel costs," said the white paper. "It will however oversupply the electricity market and could place pressure on the profitability of existing electricity generators."

"Cutting or reducing the Renewable Energy Target is likely to result in less competition among fossil-fuel power generators and strong future increases in the price of electricity," said Kobad Bhavnagri, Bloomberg New Energy Finance's head of Australia. "This helps to explain why many of Australia's largest power companies are now pushing for a reduction in the target," he said.

The analysis shows that scrapping or reducing the renewable target would strongly benefit power companies rather than consumers. Although costs to the average household would fall by AU$10 per year for the first four years if the target is cut, prices would surge after that due to less supply and competition in the power markets. The majority of the extra revenue would flow to coal-fired power stations, which dominate Australia's current power mix. 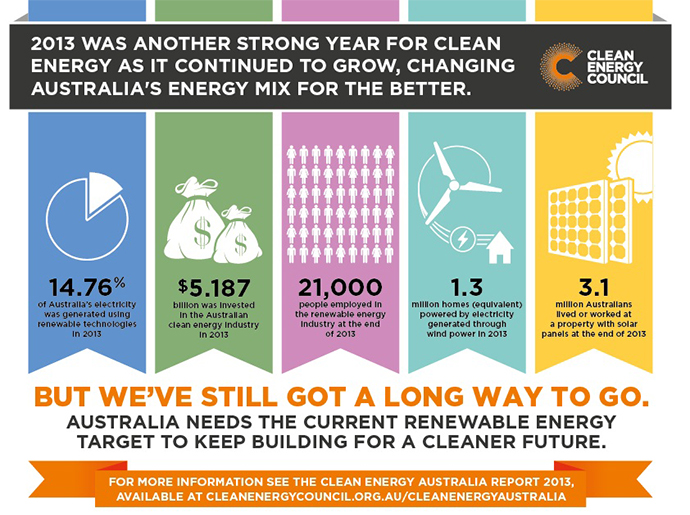 The study finds that the Renewable Energy Target will cost the average household around AU$9-14 each year from 2015-19, but then actually reduce bills from 2019 onwards, compared to if the policy was scrapped. In 2020, it will save the average household AU$44 a year, increasing to AU$142 in the year 2030.

"This is because renewables like wind and solar - which have no fuel costs - push down the price of producing power from coal and gas on the wholesale markets. In only four years, this more than offsets the cost of building the new wind and solar power stations under the Renewable Energy Target," Bhavnagri said. "For an accurate assessment you have to look at both sides of the equation - what do the assets cost to build, but then how much money do they save? Governments and power companies that stand to profit handsomely from abolition of the scheme have so far only talked about the costs. But that's like only talking about the costs of buying a new house and forgetting that you don't have to pay rent anymore."

Proud, On the Precipice

The Clean Energy Australia Report 2013 showed that 14.76 percent of Australia's electricity came from renewable sources in 2013, enough to power the equivalent of almost 5 million homes. Among other key facts:

ARENA on July 1 marked its second anniversary as an independent Australian Government agency.

"ARENA is currently managing more than 180 projects valued at $2.8 billion - to date, our commitment of $1 billion has leveraged $1.8 billion from industry," said ARENA CEO Ivor Frischknecht. "Many projects are in their infancy but a number have been completed and others have already achieved firsts, both internationally and nationally. These include the world's largest solar integration with a coal-fired power station, a world-leading grid-connected wave energy array in Perth and the largest solar photovoltaic project in the southern hemisphere.

"As well as advancing renewable energy technologies, many ARENA-supported projects are also encouraging economic and industry development by transferring skills and experience to local labor markets and developing a supply chain that will benefit the broader energy sector," he added, never once mentioning that the government had a knife to the agency's throat. "The momentum established over the past two years through ARENA is just the tip of a longer-term strategy, but we are already seeing significant results including an uplift in investment activity."

Whether that uplift takes a steep downward dive remains to be seen. 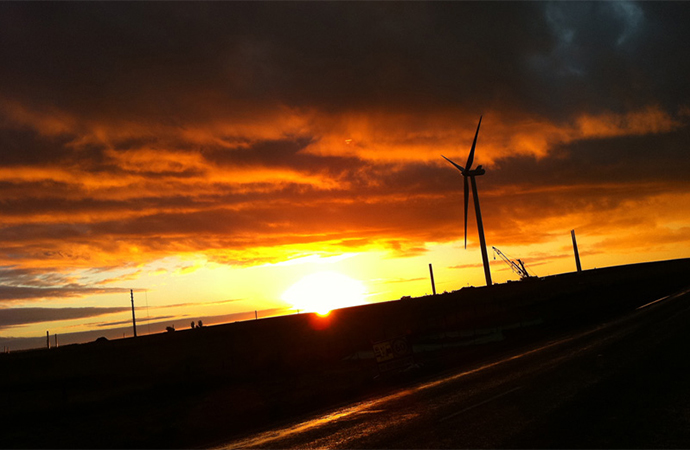 The Macarthur Wind Farm. Is the sun setting on ambitious renewable energy targets in Australia?
Photo courtesy of AGL