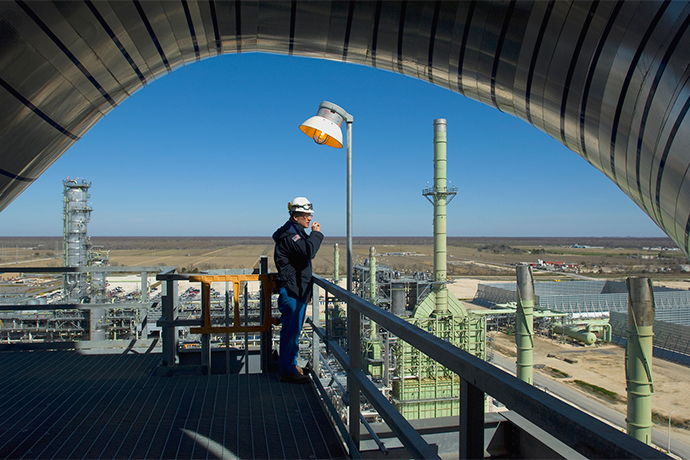 otwithstanding the ongoing row in Washington, D.C., over climate change and emissions, sometimes the relationship between climatic events and fossil fuels is more direct.

Such was the case last week at the nation’s third largest refinery, as Marathon Petroleum Corp.’s complex in Garyville, La., endured a hit from an EF-1 tornado on May 28. As reported by Bloomberg, gasoline futures for June delivery immediately rose by more than one cent. On Friday, May 30, Findlay, Ohio–based Marathon (MPC) said that as a result of the severe weather, “the refinery experienced damage to a cooling water system that serves part of the refinery causing the No. 1 crude unit and other units to be taken off-line.”

The crude unit won’t be operational until mid-June, said the company, which projected a less than 5 percent reduction to its prior guidance for total refinery throughputs for the quarter. The company operates seven refineries, including other sites in Catlettsburg, Ky.; Galveston Bay, Texas (two operations); Robinson, Ill.; Detroit, Mich.; and Canton, Ohio.

Located on 3,500 acres (1,416 hectares) of former plantation acreage, the Garyville operation continues to be the last grassroots refinery built in the US. A $3.9-billion expansion was completed in 2009, and the company has doubled capacity since that time, including investing $208 million and creating 20 new jobs with an investment in 2012. Today the refinery employs approximately 850 employees and 650 contract workers in producing 522,000 barrels per calendar day (bpcd), equal to roughly 30 percent of MPC’s entire crude oil refining capacity.

“The exceptional response of Garyville's employees and contractors, along with the support of the local and state emergency responders, is greatly appreciated," said Marathon Petroleum Corp. President and CEO Gary R. Heminger last Friday. “The workforce is to be commended for their outstanding efforts during the initial response phase.”

More may be on the way, thanks in part to that stellar workforce.

In April, one day after Earth Day, Louisiana Gov. Bobby Jindal and MPC announced the company was taking the next step toward a potential upgrade valued at between $2.2 billion and $2.5 billion by filing permit applications with Louisiana’s Department of Environmental Quality. After completing feasibility studies, Marathon Petroleum expects to make a final decision on the project by early 2015. If approved, the project would result in hydrotreating, hydrocracking and desulfurization equipment installations, along with additional infrastructure that would include buildings, tanks, cooling towers, and rail and electrical facilities. The project would create 65 new direct jobs with 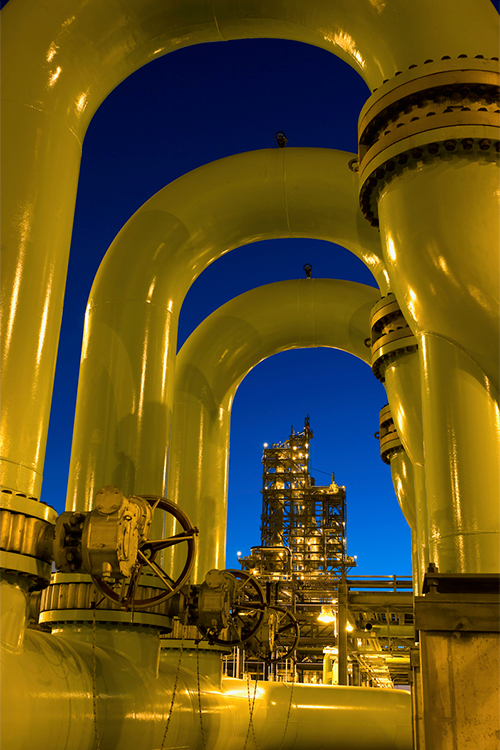 Louisiana Economic Development estimates the project would result in an additional 304 new indirect jobs, for a total of more than 360 new jobs. Among those jobs would be 35 new contractor employees at the refinery.

Since January 2012, Louisiana has seen about a dozen different petroleum refinery facility investments by such firms as Valero, Motiva and Phillips 66, according to Site Selection's New Plant Database. The state is home to 19 refineries in all, second only to Texas.

Marathon calls its proposed project a Residual Oil Upgrade Expansion, or ROUX — a familiar word to anyone fond of Louisiana-style cuisine. In this case, the special sauce is a byproduct of the refining process – heavy residual oil – that MPC will convert into approximately 1.2 million gallons per day of ultra low-sulfur diesel. In 2012, Marathon completed the Detroit Heavy Oil Upgrade Project (DHOUP), increasing that refinery’s crude oil capacity by 14,000 barrels per calendar day (bpcd) and its heavy crude oil processing capacity by 80,000 bpcd.

“As part of the ongoing feasibility study, Marathon Petroleum is pleased to be taking this next step of submitting the permit applications for the Residual Oil Upgrade Expansion at our Garyville facility,” said Rich Bedell, the company’s senior vice president for Refining. “We have been diligently working with the state and local officials concerning the various milestones for a project of this size. If the company decides to move forward, it is anticipated that the construction would begin mid-2015 and be completed in 2018. In addition to the potential refinery jobs, we would estimate that approximately 3,000 construction jobs will be created during the construction phase.”

The state has stirred together its own roux, including a performance-based Modernization Tax Credit of $3 million, along with the services of workforce training program LED FastStart and incentives through the state’s Quality Jobs and Industrial Tax Exemption programs.

MPC figures to have a lot more places to ship increased output soon, as the company announced May 22 that its subsidiary, Speedway LLC, had signed a definitive agreement with Hess Corp. to acquire Hess Retail Holdings LLC for more than $2.8 billion. The combined business will have 2013 pro forma revenues of more than $27 billion, 6.2 billion gallons of annual fuel sales, and $4.8 billion of annual merchandise sales at more than 2,700 retail locations.

“This acquisition will be transformative for MPC and Speedway as it will significantly expand our retail presence from nine to 23 states through these premier Hess locations throughout the East Coast and Southeast," said Heminger. "Our strategy is focused on growing higher-valued, stable cash flow businesses, and this transaction fully supports that objective. With this significant geographic expansion, we will be able to further leverage our integrated refining and transportation logistics operations, providing an outlet for an incremental 200,000 bpd of assured sales from our refining system."

In a year-end earnings announcement in January, Heminger noted the company’s successfully completed acquisition of its Galveston Bay refinery in February 2013, and continuing “margin-enhancing investments” to MPC’s refining system. But he looked toward the rest of the company’s systems to keep up.

“While refining will remain our largest source of earnings and cash flow, we will augment this through expanded investments in midstream and retail in the years ahead,” he said.

The company expects midstream and retail capital expenditures during 2014-2016 to total approximately $4 billion, a $2.3-billion increase over the previous three-year period.