It Takes an Army

The US military continues to make inroads with renewable power. 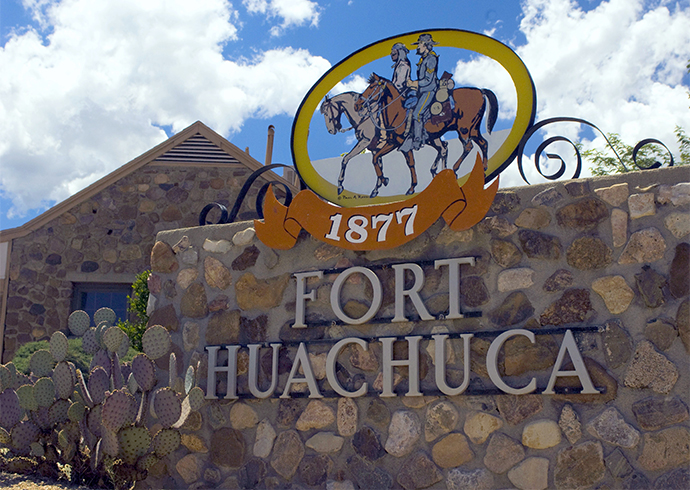 Fort Huachuca, Ariz., is the home of the U.S. Army Intelligence Center and the U.S. Army Network Enterprise Technology Command/9th Army Signal Command. The U.S. Army announced April 14, 2014, plans to start development of a solar array that will provide about 25 percent of the annual installation electricity requirement of Fort Huachuca.
Photos courtesy of the U.S. Army
by ADAM BRUNS
I

n April the U.S. Army announced plans to start development of a solar array that will provide about 25 percent of the annual installation electricity requirement of Fort Huachuca, Ariz., in the state’s southeastern corner just a stone’s throw from the Mexican border. The Fort Huachuca Renewable Energy Project is a joint effort between the U.S. Army Energy Initiatives Task Force, Fort Huachuca, The General Services Administration, Tucson Electric Power and developer E.ON Climate and Renewables.

"This will be the largest solar array in the Department of Defense on a military installation," said Katherine Hammack, assistant secretary of the Army for installations, energy and environment. Commercial operations should start up by late 2014. Fort Huachuca will receive the green energy under an existing contract through General Services Administration with Tucson Electric Power, Hammack said at the April 25th groundbreaking. The Army is providing an easement for the 18-MW solar array to be built on a 155-acre site on the base. Since the energy is part of an existing contract, the change from brown to green power will be at no incremental cost to the Army, said a U.S. Army release.

“The project establishes a new path for an innovative partnering opportunity among the U.S. Army, other federal agencies, private industry and the utility provider," said Richard Kidd, deputy assistant secretary of the Army for energy and sustainability. 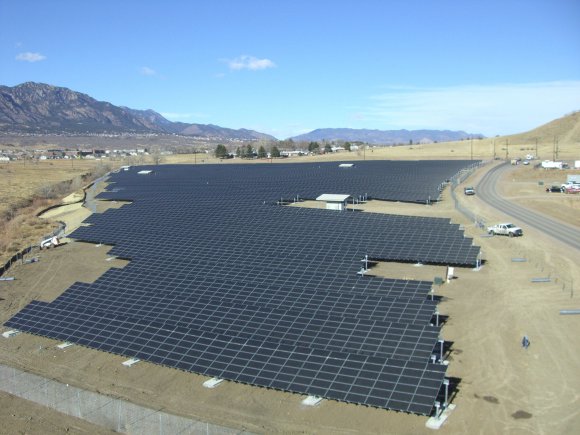 The Directorate of Public Works at Fort Carson, Colo., received the 2013 Federal Energy Management Program Director's Award in November. Initiatives such as the solar panels here have enabled the post to save more than $267,000 in annual utility costs, says the Army.

Tucson Electric Power will fund, own, maintain and operate the project, and contract with E.ON for the design, engineering, procurement and construction. Fort Huachuca is the home of the U.S. Army Intelligence Center and the U.S. Army Network Enterprise Technology Command/9th Army Signal Command. Located in Cochise County, Fort Huachuca was annexed in 1971, by the city of Sierra Vista, and was declared a national landmark in 1976.

The U.S. Army's Energy Initiatives Task Force (EITF) is leading the charge to deploy one gigawatt of renewable energy by 2025. As of February, the EITF currently has eight projects in the contracts and agreements phase representing nearly 175 MW of potential capacity. The task force is currently working projects in New York (biomass at Fort Drum) and California, as well as projects in Alabama, Hawaii (biofuel at Schofield Barracks), and Maryland.

The economic promise of the projects is not limited to power. Last May, the U.S. Army Corps of Engineers, Engineering and Support Center in Huntsville, Ala., working with the EITF, awarded the first of its kind Indefinite Delivery Indefinite Quantity (IDIQ) Multiple Award Task Order Contracts (MATOC) for the first technology (geothermal) under the contract to support renewable energy on Defense Department installations. The total amount for all awards under the Renewable and Alternative Energy Power Production for DoD Installations MATOC “will not exceed $7 billion,” said the first of four releases last year, one for each branch of renewable energy.

The contractors that are qualified through this process will be able to compete for future projects within their approved technology area for any renewable energy task order issued under the MATOC, which leverages the DoD authority to contract up to 30 years. Subsequent awards announced in August and September included solar (21 firms, among them Acciona, Siemens, Dominion Energy and Enel); wind (17 firms, among them some of those same names, as well as Iberdrola, Duke Energy and First Wind); and biomass (13 firms, among them Honeywell, EDF Renewable Energy and Emerald Infrastructure).

In August 2012, then-Secretary of Defense Leon Panetta and then-Secretary of the Interior Ken Salazar signed an MOU that encourages appropriate development of renewable energy projects on public lands withdrawn (set aside) for defense-related purposes, and other onshore and offshore areas near military installations.

“DoD is aggressively pursuing the development of renewable energy on its installations both to improve the energy security of the installations and to reduce the Department’s $4 billion-a-year utility bill,” the announcement explained.

DoD installations encompass roughly 28 million acres in the United States, of which 16 million acres previously managed by Interior’s Bureau of Land Management (BLM) were withdrawn for military use by executive order, congressional legislation or departmental regulations.

About 13 million acres of these withdrawn lands are located in the west and are high in wind, solar and geothermal resources. Offshore wind also is an abundant renewable energy resource available to many DoD installations on the Atlantic coast, Pacific coast, Gulf of Mexico and in Hawaii. Offshore Atlantic winds alone, says the DoD, could produce an estimated 1,000 gigawatts of energy. 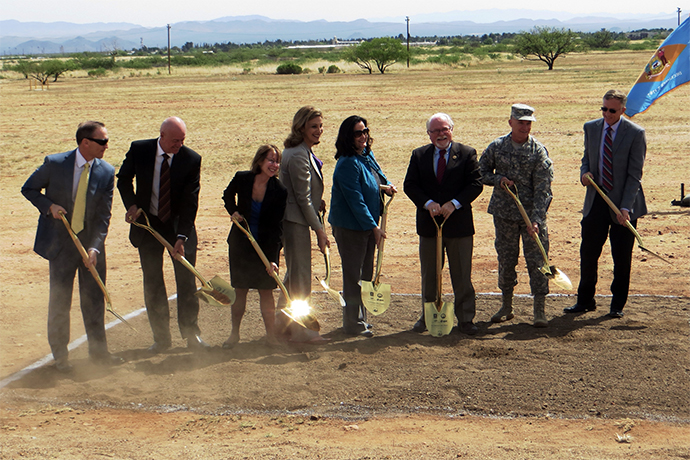