Vestas is on the make again in Colorado. 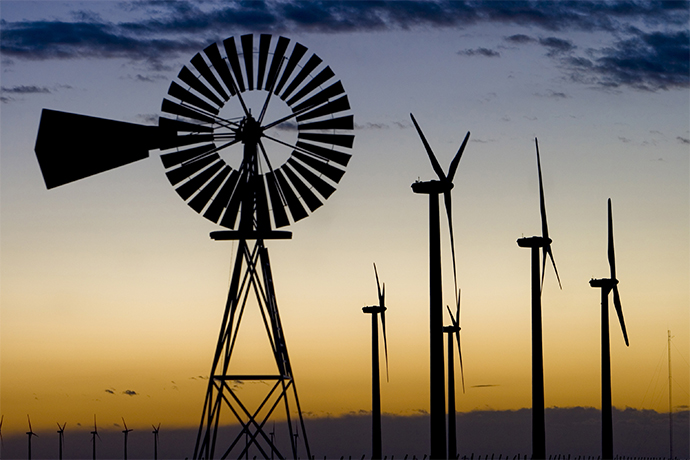 A file photo of a major wind farm in Lamar, Colo., features a few of the state’s 1,530 wind turbines, which today help the state rank 10th in the nation for number of utility-scale wind turbines, according to newly released figures from the American Wind Energy Association in April.
Photo by Matt Inden/Miles courtesy of Colorado Tourism
by ADAM BRUNS
A

fter some tough years, wind turbine firm Vestas in 2012 experienced one of its best years for wind turbine orders. That’s led to hiring at the company’s trifecta of Colorado operations: a blade factory in Windsor, blade and nacelle factories in Brighton and tower factory in Pueblo, where the company expects to add more than 850 production workers this year after it secured orders in 2013 for nearly 900 turbines.

Vestas this year already has filled about 400 positions at its Colorado blade and nacelle factories and has received more than 3,200 applications overall. About 450 additional factory positions are expected to be filled this year.

“We are going to be extremely busy making blades, nacelles and towers this year through at least 2015,” said Chris Brown, president of Vestas’ sales and service division in the United States and Canada, in March. “We have excellent turbines like the V110-2.0 MW and V100-2.0 MW that are very competitive in the US market — and they’re made right here in Colorado.”

The positions are considered temporary with the opportunity to be hired as regular Vestas employees. Since late 2013, Vestas has already converted more than 60 people to regular employees at the Brighton blade factory. In the non-renewables category, Brighton also recently welcomed a $12-million, 116-job expansion from FMC Technologies for a new sales and service facility for its Completion Services, Fluid Control and Surface Wellhead business units.

“Our world-class Colorado factories help us compete in the US market,” Brown said. “Since we opened our first factory six years ago, it’s allowed us to conduct business in American dollars, build a domestic supply chain, and reduce transportation costs.”

The company had to lay off employees in Colorado and worldwide in 2012 and 2013, in part because of congressional inaction on the federal production tax credit.

Moving Up and Moving Out

Colorado ranks 10th in the nation for total MW installed (2,332) and for number of utility-scale wind turbines (1,530), according to newly released figures from the American Wind Energy Association in April. Its 19 wind-related manufacturing facilities help the state rank fifth in the nation in total direct and indirect jobs support for the industry in 2013. The state has seen more than $4.3 billion invested in wind energy in the state, including annual land lease payments now totaling $7.5 million and more than $700 million in online and announced manufacturing facilities.

The Colorado Renewable Portfolio Standard was enhanced in 2010 and requires investor-owned utilities and cooperatives to provide 30 percent of their electricity through renewable and/or recycled energy by 2020.

Based on orders received in 2013, Vestas has the potential for an additional 2.6 GW of turbine sales in the United States and Canada. In addition to fulfilling regional orders, Vestas also is exporting blades, towers and nacelles from Colorado to projects in Mexico, Brazil and Uruguay.

Colorado’s exports of manufactured, agricultural and mineral products increased 6.3 percent in 2013 compared to 2012, growing from $8.2 billion to $8.6 billion and tripling the national average export growth rate of 2 percent.

Vestas employs more than 1,450 people in Colorado with the large majority working at the manufacturing facilities. In 2013, Vestas hired more than 300 people at its tower factory in Pueblo to meet customer demand. The tower factory plans to hire 80 more people in the next few months and is expected to reach full capacity utilization in 2014.

Vestas also employs people in service and maintenance at two wind farms, as well as at a tools warehouse in Denver. By the end of 2014, Vestas expects to have more than 2,000 workers in the state. 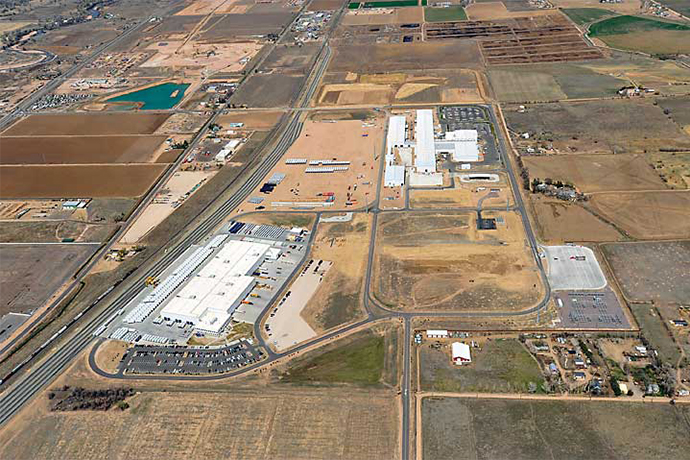