In Ontario, coal is bad, but wood is good enough. 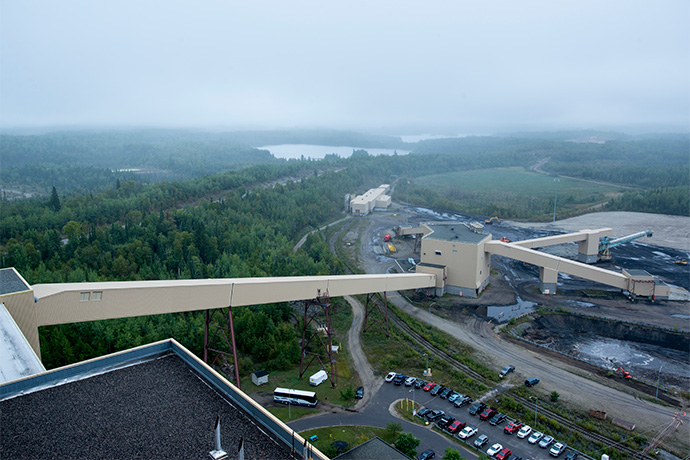 Ontario Power Generation’s Atikokan Generating Station has been converted from coal to use biomass. The two-year conversion project was completed on time and on budget in the summer of 2014 and is now the largest capacity 100-percent-biomass-fueled plant in North America. The diagram below shows how the layout of the converted complex
Photos courtesy of Province of Ontario and Ontario Power Authority
by ADAM BRUNS
I 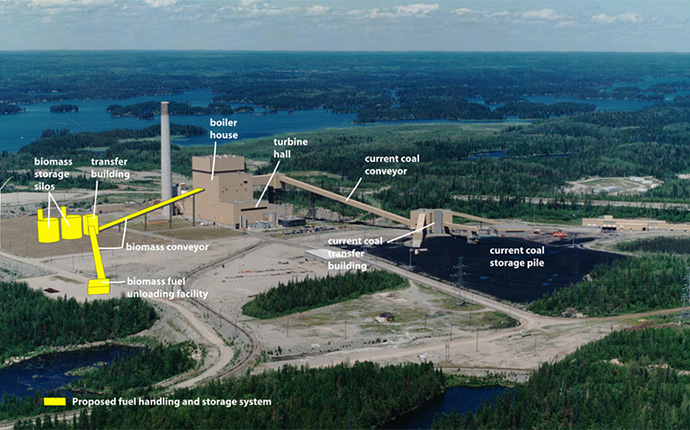 Atikokan, which employs 70 full-time workers, burned its last coal two years ago, on Sept. 11, 2012. Conversion of the station began in mid-2012 and included construction of two silos and boiler modifications to accommodate the biomass. Each silo can store up to 5,000 metric tons of wood pellets. The project employed over 200 highly skilled trades people and technical workers.

According to the province, "the biomass used to fuel Atikokan Generating Station is being harvested and processed in Ontario. Ontario Power Generation (OPG) has contracts in place with two local companies, Rentech and Resolute Forest Products Canada, which will each supply 45,000 metric tons of wood pellets annually." 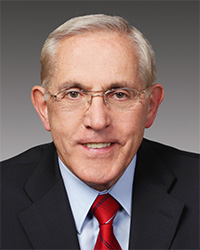 "A new era has dawned in Ontario - one where the air will be cleaner and the multiple costs of coal-fired generation have become a distant memory. Atikokan's successful conversion to biomass will put Ontario on the world map as a leader in using this sustainable fuel source for electricity production," said Bob Chiarelli, Ontario's Minister of Energy.

"Close to 100 percent of the electricity Ontario Power Generation produces is from sources that are virtually free of climate change- or smog-causing emissions," said Tom Mitchell, president and CEO of Ontario Power Generation. "Atikokan Generating Station is a unique addition to our clean energy portfolio as it provides dispatchable renewable energy that can be used when the power system needs it." 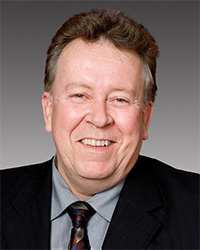 "Northwestern Ontario is on the leading edge of some very exciting new mining and forestry developments and I am very pleased that our government is taking action to meet the future energy needs of our region," said Michael Gravelle, the representative of Thunder Bay-Superior North who serves the province as minister of northern development and mines. "This project is not only providing more clean power to Ontarians, it is creating promising new economic opportunities and sustainable jobs for Northwestern Ontarians."

It's also taking the province further down the path it started traveling with the passage of the Green Energy Act in 2009.

A new receiving system transports the pellets to the large storage silos by conveyor belt and a bucket elevator, says an OPG backgrounder on the biomass operation at Atikokan. When needed for production, the pellets are delivered to the plant on a first-in, first-out basis from the silos via new conveyor belts and a second bucket elevator. Once inside the powerhouse, the pellets are pulverized and fed into the boiler, much the same way as coal was previously. 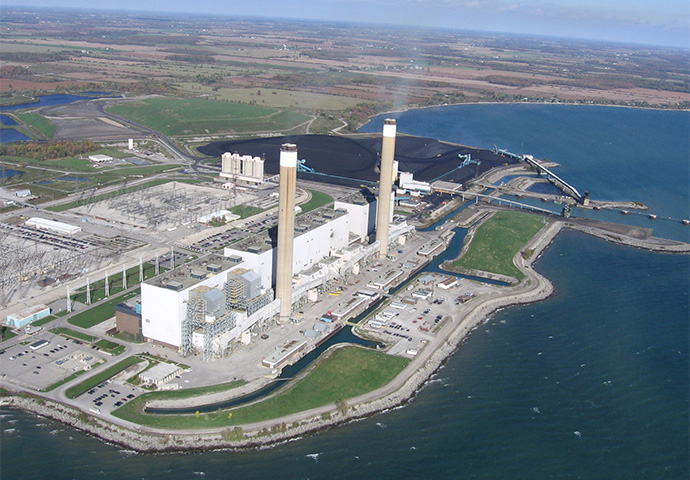 The Nanticoke Generating Station, which first generated electricity in 1973, is located on the north shore of Lake Erie in Haldimand County, Ontario. In 2013, the station stopped using coal as fuel. The station no longer operates, however four generating units at the station are being preserved so that they can be converted to alternate fuels in the future, if required.

"Due to the similar heat content of lignite coal and wood pellets, the Atikokan boiler design was an ideal candidate for fuel conversion," says OPG.

According to the Ontario Power Authority, the fuel supplied to the facility is required to be accompanied by chain-of-custody certifications ensuring that the wood pellets are manufactured from wood fiber sourced from well-managed forests within the Province of Ontario. The facility will be connected to Hydro One's line 6-N93A to the 230 kV circuit and will be fed into the Ontario electricity market administered by the Independent Electricity System Operator.

The Pembina Institute - no pushover when it comes to challenging industry on environmental claims - conducted a Biomass Sustainability Analysis in 2011 that included climate change implications of electricity generation using biomass fuel, and found that harvesting biomass for electricity production is sustainable. A biomass program using wood pellets at a rate of 2 million metric tons per year is possible with no systemic decline in forest carbon stocks over time.

"This, together with Ontario's sustainable forest management planning process and practices, means OPG's biomass program can satisfy the United Nations Framework Convention on Climate Change (UNFCCC) definition of renewable biomass," says OPG. "Fuel at Atikokan GS is required to come from sources that meet the UNFCCC definition of renewable biomass. A wood pellet electricity pathway offers a greenhouse gas benefit of 90 per cent compared to coal."

But Atikokan is in a class by itself, for now.

"It is gratifying to see the effort expended on this project has come to a very successful conclusion," said Bill Mauro, the minister from Thunder Bay-Atikokan who serves as Ontario's minister of natural resources and forestry. "Atikokan is now home to the largest completely biomass-fired energy generation facility in North America. This project will help ensure the energy security of Northwestern Ontario and provide health and employment benefits to those living in Atikokan for decades to come."

OPG’s Lambton Generating Station, which first generated power in 1969, is located on the St. Clair River, in St. Clair Township, just south of Sarnia, Ontario. In 2013 the station stopped using coal as fuel. Like Nanticoke, the station no longer operates, but two generating units are being preserved so that they can be converted to alternate fuels.