The Meaning of Utility

Electricity is the latest frontier for innovation in shale oil and gas. 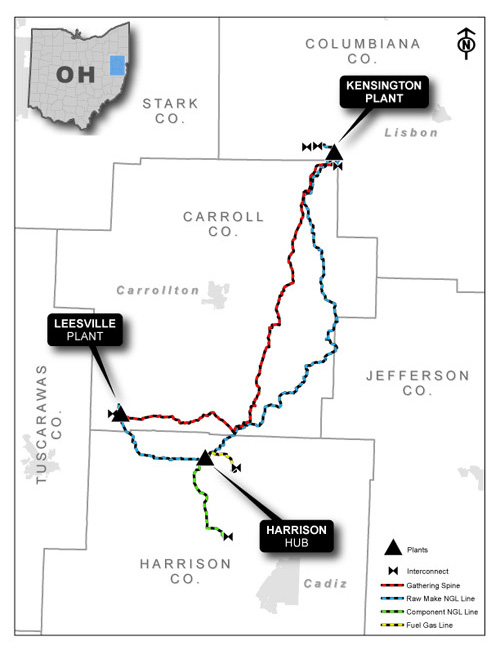 he flood of shale oil and gas, and the supply chains that serve this development, have been driving innovation in markets, supply chains, logistics, equipment and technologies. Electricity generation from now-abundant natural gas is helping reduce electrical rates to customers across the country, and cheap electricity and energy is spurring a re-shoring of manufacturing facilities unimaginable even a few years ago.

Numerous innovations have similarly manifest around electricity generation, transmission, and usage in a number of categories. The first category of innovations is in new technologies. The opportunities for innovation in electricity generation and use are significant and have been recognized by GE, which is divesting several of its non-industrial businesses to focus on oil and gas. New technological initiatives under way at GE include:

The second area in which innovation is making an impact is in reconfiguring products and services. The necessary speed to make the shale plays a success is generally not a characteristic of the traditionally long-lead-time electrical industry. But today, new solutions to help companies connect to the grid and expedite electrical service are numerous and varied. AEP, for example, offers three options for expedited service at the request of oil and gas customers, including: 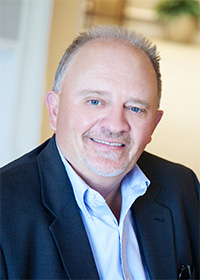 To minimize lead time for connection on a larger scale, the grid is being extended to areas of new development in anticipation of new facilities. PPL Electric Utilities Corp. has proposed a $4-billion to $6-billion transmission line that would extend approximately 725 miles (1,166 km.), linking the Marcellus Shale production of western Pennsylvania with the population centers of New York, New Jersey and Maryland. This 500-kV line will facilitate development and construction of any downstream facilities that would use natural gas or natural gas liquids as fuel or feedstock, and natural gas-fueled electricity generation to replace retiring coal-fired generation.

Innovation also is manifest in location decisions themselves. Electricity is an under-appreciated input in shale development operations and a significant cost factor in well pads (upstream development), and in midstream and downstream facility location.

Indeed, if relationships are established early enough in the life of the project, the electrical utility can be an important partner in helping keep project costs low, even influencing the location decision, if necessary, to help forge a win-win location solution for the project partners.

A great example of this is the billion-dollar-plus Utica East Ohio Midstream Buckeye (UEO Buckeye) project, the first fully integrated gathering, processing and fractionation complex to be put into operation in eastern Ohio. The UEO Buckeye system - a joint venture of Access Midstream, M3 Midstream, and EV Energy Partners - fills an important infrastructure gap in the Utica Shale region, by providing much-needed processing infrastructure for natural gas and natural gas liquids to get the Utica Shale production of Chesapeake and a few other operators to market (see map). 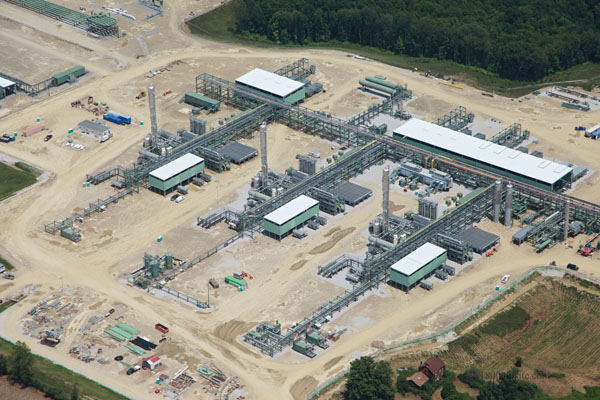 The UEO Kensington facility is near one of the "sweet spots" of the Utica Shale.

This complex, multi-facility oil and gas project includes three facilities: the Kensington processing facility in southern Columbiana County; the Leesville processing facility in south western Carroll County (near the "sweet spots" of the Utica Shale, the locations of the largest share of production); and a third facility, the Harrison Hub Fractionation and Storage Complex, near Scio, in Harrison County, with access to not only a hub of the multiple pipelines needed to transport the natural gas and liquids products to market, but also a rail terminal.

"The shale gas and NGLs being produced from the early exploration of the Utica formation are extremely promising, and were the driving force behind M3's decision to build a second cryogenic processing facility near Leesville," said R. Brant Baird, M3's executive vice president and COO. "The economic activity building in the three-county area that make up the Utica East Ohio system is benefiting the region and generating new investment in much-needed infrastructure in local communities."

After the second and third phases are completed, UEO Buckeye will have a production capacity of 1.1 billion-cubic-feet-per-day of cryogenic processing, 135,000 barrels-per-day of natural gas liquids fractionation, 870,000 barrels of natural gas liquids storage and a rail facility capable of loading 90 cars per day, with full scalability to increase processing, fractionation and rail loading capacity to almost double the initial amount. 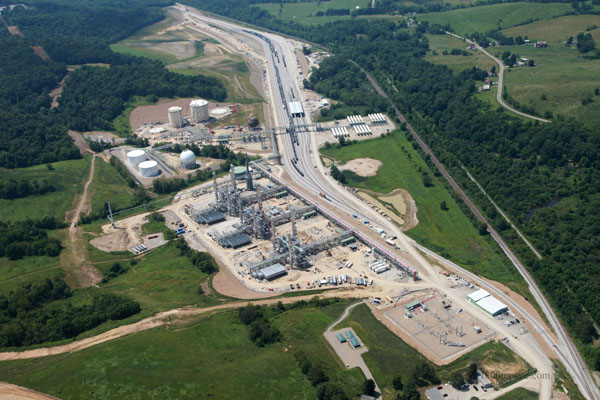 The UEO facility in Scio, in Harrison County

The three facilities are connected by 63 miles (101 km.) of natural-gas-gathering and natural-gas-liquids-gathering pipelines that will also connect with larger interstate pipelines.

The three locations, separately and collectively, were ideally suited for this complex project. But there was one catch: The Scio/Harrison facility was served by American Electric Power (AEP) and the Leesville location was in the service territory of Carroll Electric Cooperative, but only a short distance from AEP's service territory. This presented a challenge to the project developers that required great sensitivity to the project demands for reliable electricity as well as respect for the position of the co-op. 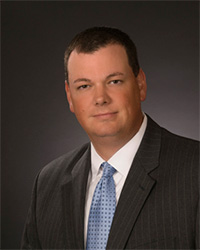 In order for AEP to provide electrical power to the Leesville cryogenic processing plant, AEP and the project partners worked collaboratively to adjust AEP's service area by approximately 95 acres to include the Leesville facility with the agreement of all parties involved. AEP's Petition for Reallocation of Service Territory to the Public Utility Commission of Ohio makes reference to the "operational synergies" to benefit the facility as a result of the transfer.

"M3 has enjoyed a positive working relationship with its development partners, including AEP, that understood the importance of completing this project safely and according to an ambitious schedule," said Baird. "We were also pleased to develop a compensation agreement with the regional electric cooperative that serves the area to support and increase its level of service to local communities near the Scio facility." 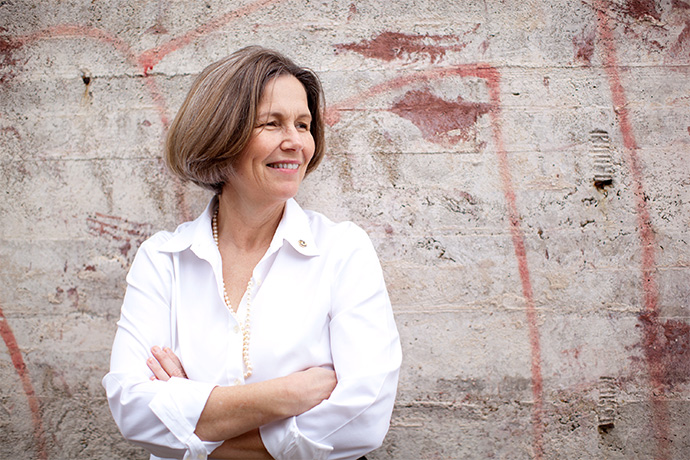 Charlotte Batson is owner and principal of Batson & Company, an energy and economic development consultancy that helps businesses and communities benefit from shale oil and gas development. Comments and feedback may be directed to charlotte@batson-co.com.

"AEP is dedicated towards playing a role in helping projects like UEO Buckeye come to fruition to create hundreds of good-paying jobs for Ohioans," said Marc Ayle, manager, Economic & Business Development, Shale Oil & Gas, for AEP. "This project will, in turn, stimulate Utica Shale production, which promises to have a significant long-term economic impact, and AEP stands ready to assist and innovate in shale oil and gas projects large or small to continue and extend this impact."

This innovative transaction is a true win-win-win solution because the region gained a significant new industrial facility, UEO Buckeye is operating in its first-choice combination of locations, AEP captured a new customer, and the electrical cooperative will gain new indirect customers from the facility supply chain and employees.