As the Obama administration's clean power plan is introduced, you simply can't find better graphic illustrations of where the US gets its electricity than this set of maps and graphs from the Washington Post, showing exactly how clean or dirty each state is today.

Bill Gates, for one, is on board with clean energy. So, for that matter, is the Pope. You'll find plenty of renewable energy and energy efficiency references in the recent papal encyclical on climate change and the environment.

Desalination is known for being a power hog. But WaterFX has apparently found a solar solution in California's Central Valley.

Bechtel in June said it is on track to complete the construction of an additional three liquefied natural gas (LNG) production trains on Australia's Curtis Island by the end of 2015, quadrupling Queensland's LNG production. Six production trains will be operational when Bechtel hands over the LNG plants to the owner teams for long-term operation. Queensland Curtis LNG Train 1, operated by BG Group, has been producing LNG since December 2014, filling more than 16 ships with cargo to date. Other plants and operators include GLNG Plant Project (Santos, PETRONAS, Total & KOGAS) and Australia Pacific LNG (ConocoPhillips), pictured below. 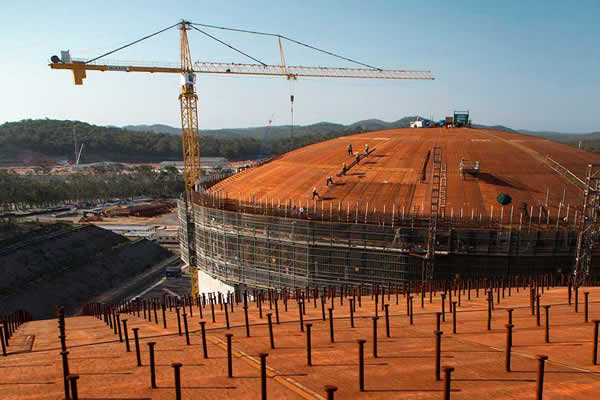 Not everyone thinks of the Carolinas when they think of geothermal energy. But a new report released by the NC Sustainable Energy Association (NCSEA), points to a growing implementation of energy efficient geothermal technologies thanks to the North Carolina’s clean energy tax credits.

Southern California Edison (SCE), the regulated utility subsidiary of Edison International, and SoCore Energy, a subsidiary of Edison Energy that provides rooftop solar systems, are implementing energy storage projects that feature Tesla Powerpacks, Edison announced in May. The first demonstration project targets homeowners in SCE’s service territory who have solar panels already installed with battery storage capability. The second project focuses on commercial and industrial customers who require a larger energy storage capacity. These two projects are expected to be in place and operational in 2015. Separately, SoCore Energy is working with Cinemark Holdings, Inc., to design and install Tesla batteries at two of their theater properties in Southern California. 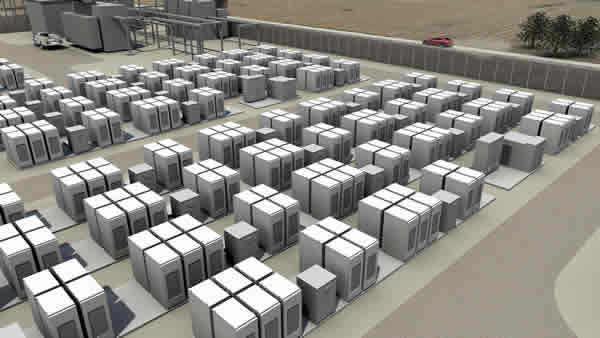 Tesla envisions its energy storage solutions being used on a much larger scale than garage-mounted car-charging stations.
Image courtesy of Tesla

After receiving regulatory approval in May, Consumers Energy in June announced plans to move forward with a new community solar program, called Solar Gardens, that will develop renewable energy sources with help from Michigan residents. Through Solar Gardens, Consumers Energy could develop up to 10 MW of solar energy at locations in the Michigan communities it serves. The first locations could be selected this summer and could be producing electricity next year.

After more than a decade, Arizona Public Service recently completed work on one of the largest transmission construction projects in the West — a 500-kilovolt (kV) power line that connects Phoenix to Yuma. The project will bolster the reliability for Yuma area customers and the entire desert southwest.

The 110-mile transmission line runs from the Hassayampa substation (near the Palo Verde Nuclear Generating Station) to the North Gila substation in Yuma. Called HANG2, the $200-million project is the second route connecting the Valley to Yuma. According to US Census data, Yuma County’s population has increased by 27 percent since 2000, making it the third fastest-growing area in the United States.

The HANG2 transmission line was constructed in some of the most isolated parts of Arizona, across remote locations of the southwest desert, and through the rugged terrain of the Laguna and Muggins Mountains.

In July, after more than two and a half years and over 2 million construction hours, Louisville Gas and Electric Company and Kentucky Utilities Company’s new $540-million, 640-megawatt natural gas combined-cycle generating unit — known as Cane Run Unit 7 (CR7) — became commercially available. The unit (pictured below) is the first of its kind in the Commonwealth, making the changeover historic for both the company and the state of Kentucky.

“With this new facility, along with our coal, hydro and future solar plant, we have a more diversified portfolio of generation that will help us continue to meet our customers’ energy needs at some of the lowest costs in the nation,” said LG&E and KU Chairman, CEO and President Vic Staffieri. The unit will replace the bulk of 800 MW of coal-fired generation as the company retires 13 percent of its energy production from coal-fired units due to stricter EPA mandates. 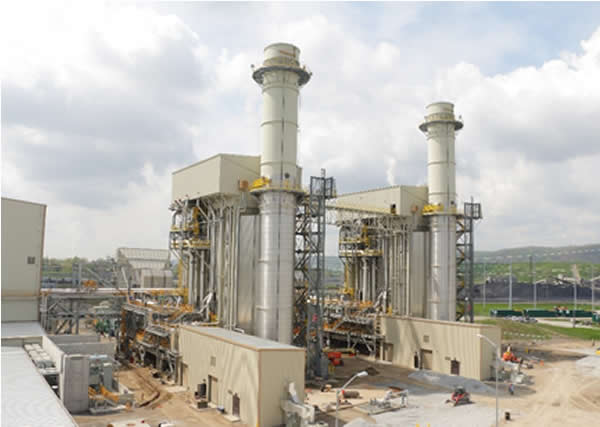