Will Ghana be able to reel in economic development success from a resource just offshore? 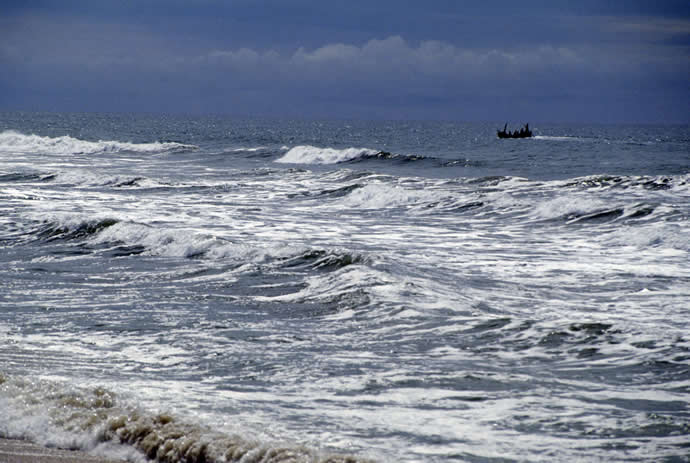 Sankofa (n.) — A word derived from the Akan tribe in Ghana meaning "It is not taboo to fetch what is at risk of being left behind."

The World Bank’s Board of Directors in July approved a record investment of $700 million in guarantees for Ghana’s offshore Sankofa Gas Project, which it called "a transformational project that will help address the country’s serious energy shortages by developing new sources of clean and affordable natural gas for domestic power generation."

The Board approved two guarantees for the Project: an International Development Association (IDA) payment guarantee of $500 million that supports timely payments for gas purchases by Ghana National Petroleum Corp. and an International Bank for Reconstruction and Development (IBRD) enclave loan guarantee of $200 million that enables the project to secure financing from its private sponsors.

Together, the guarantees are expected to mobilize $7.9 billion in new private investment for offshore natural gas in the larger Offshore Cape Three Point (OCTP) development of which Sankofa is part, representing the biggest foreign direct investment in Ghana’s history.

The World Bank said a combination of water shortages for hydropower, erratic gas supplies from external sources, and delays in the development of domestic gas resources and new power plants have led to frequent power outages that have affected the poor the most in the nation of 25 million. "The Government of Ghana has spent more than $500 million on fuel subsidies to the power sector in recent years — significantly draining public resources," said the bank.

Developing the Sankofa Gas Project 60 km. (37 miles) offshore is expected to bring significant benefits for Ghana by fueling up to 1,000 megawatts of clean power generation, replacing polluting and expensive oil-burning electricity. Once the Sankofa field starts to produce gas in early 2018, Ghana will be able to reduce its oil imports by up to 12 million barrels a year and cut carbon emissions by 1.6 million metric tons of CO2 annually. 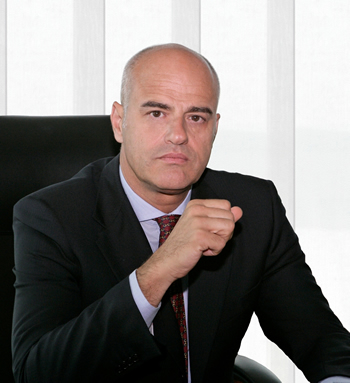 “The Sankofa Gas Project is a good example of how Africa can address its infrastructure challenges and lay the foundation for sustained economic growth by providing affordable and reliable power to its population,” said Makhtar Diop, Vice President for the World Bank’s Africa Region. “Innovative use of the Bank’s Guarantee Program that helps mitigate the perception of risk and mobilizes private investment can help unlock billions of much-needed financing for large-scale infrastructure projects on the continent.”

World Bank data show Ghana's GDP growth surging past Sub-Saharan Africa as a whole over the next few years, going from 3.5 percent this year to 5.9 percent in 2016 and 7.8 percent in 2017.

Ghana’s Finance Minister, Hon Seth Terkper,said the project is a game changer for Ghana and other middle income Sub-Saharan African countries, as it would help shape the country’s energy sector for the next 20 years. “This project is an essential element of the drive towards consolidating our middle income status, and will help secure our natural gas resources for a more affordable and reliable power supply. This will help boost economic activity and generate more jobs for Ghanaians. It is part of the smart financing we have been talking about, and we are very grateful to the World Bank Group for this major achievement.”

The exploration and commercialization of the gas will be carried out by two private investors, Eni of Italy and Vitol Group of the Netherlands, in close partnership with Ghana’s National Petroleum Corp. (GNPC).

In January, Ghana’s Energy Minister Kofi Buah joined Ian Taylor, president and CEO of Vitol and Ciro Pagano, EVP, ENI, to symbolically kick off activities marking the commencement of the OCTP development, following approval of the development plans by the Ministry of Energy.

In an explanatory note, the World Bank says Ghana has a solid regulatory and legal framework which regulates the use of petroleum revenues - the Petroleum Revenue Management Act (PRMA). "This framework ensures that petroleum revenues are allocated and used in a responsible manner," says the World Bank, with automatic payments from the PRMA made into the Petroleum Holding Fund for allocation to the Ghana consolidated budget, the Ghana Stabilization Fund (to manage periods of unanticipated petroleum revenue shortfalls); and the Ghana Heritage Fund (to provide an endowment to support development for future generations when petroleum reserves are depleted). "The Act specifies the uses of these Funds and prohibits the use of oil revenues as collateral for debt," the bank explains.

The 2014 Corruption Perceptions Index ranks Ghana 61st out of 175 countries, while the World Economic Forum's most recent Global Competitiveness Index ranks it 111th out of 144 nations

First oil and gas production at Sankofa will be phased through 2017 and early 2018 and oil production will reach around 80,000 boed in 2019. In order to maximize the benefit of the project, Ghana's Ministry of Energy has committed to enhancing the gas transmission system with compression stations and connections to industrial users, which will contribute to more than 700 MW of new power generation on-line in 2017.

In order to maximize the benefit of the project, Ghana's Ministry of Energy has committed to enhancing the gas transmission system with compression stations and connections to industrial users, which will contribute to more than 700 MW of new power generation on-line in 2017.

“The OCTP development is a robust integrated oil and gas project that will provide the reliable energy source needed to accelerate the economic growth of Ghana by delivering a domestic solution to feed the power sector," said Eni CEO Claudio Descalzi in January. "The sanction of this significant project comes after less than two years from the completion of a successful exploration campaign. Once again, in the best tradition of Eni, we deliver fast-track organic growth addressing in a sustainable manner the energy requirements of the host country, in line with the Eni model in Africa.

The main OCTP block operator with a 47-percent stake, Eni has been operating in Ghana since 2009. The Italian firm has operated in Sub-Sharan Africa since the 1960s and is currently involved in exploration and production projects in Angola, Congo, Ghana, Gabon, Mozambique, Nigeria, Kenya, Liberia and South Africa. Eni currently produces around 450,000 boed in Sub-Saharan Africa.

The new president of Nigeria, Mohammadu Buhari, met this week in Abuja with Eni’s CEO Descalzi. Eni’s CEO updated the president on the company’s activities in the Country for the development of both oil and gas resources. During the meeting, said the company, "Descalzi renewed his condolences for the tragedy caused by the recent explosion of a company’s pipeline in the Niger Delta, due to acts of sabotage, which resulted in the death of 14 people."

Eni has been in Nigeria since 1962, and continues to pursue offshore opportunities there, as well as off the coast of Egypt to the north.