An emerging company picks a re-emerging site in a resurgent metro area. 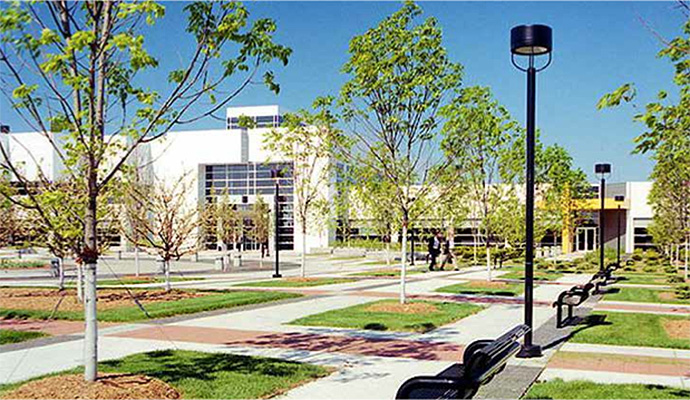 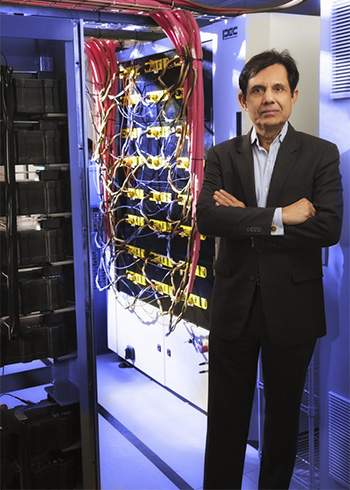 Subhash Dhar is the founder of Energy Power Systems.

If every startup company made a startup sound, a good battery would be required to make it happen. In Michigan, one of a growing cluster of battery firms is well past ignition and moving onto the highway of global commerce thanks to the juice provided by a matrix of capital and support.

The initial annual production capacity will be 500 MWh — the equivalent of 500,000 start/stop vehicle batteries.

“The EPS team has successfully completed the product development phase and we are now launching the commercialization phase,” said Subhash Dhar, founder, chairman and CEO of EPS. “This major milestone is a testament to the proven performance attributes of our PLM technology, which offers a superior value proposition for our customers’ applications.”

As the company explains, "with enhanced power and life at low cost, our batteries enable numerous applications in key growth industries. Whether it is dynamic power cycling or deep discharge, we enable the business case for applications where Li-ion is just too expensive and lead acid batteries are just not good enough."

EPS was recognized in November as the 2014 Emerging Company of the Year by the Michigan Energy Innovation Business Council (EIBC). “These companies are creating economic opportunities in Michigan and growing an industry that represents the future of our state," said Michigan EIBC President Dan Scripps of the trade association's award winners overall. "Whether it’s a developer of conformable fuel tanks for natural gas vehicles or companies representing a range of battery chemistries or a new Michigan manufacturing facility for the nation’s leading solar manufacturer, this year’s winners have identified real business opportunities in the advanced energy industry."

Dhar said he planned to use the award to "help us in our commercialization efforts as we expand our presence in Michigan and worldwide."

The Pontiac Centerpoint Central campus includes a 1.2-million-sq.-ft. (111,480-sq.-m.) office building that is being converted to a high-end industrial, multi-tenant facility with high ceilings. The property — close to I-75, Oakland International Airport and the Port of Detroit — has been vacant since 2008.

“We are proud to welcome EPS as our first tenant to the facility and support the job creation it will bring to Pontiac,” said Stuart Lichter, president and CEO of IRG, which specializes in adaptive reuse of industrial property. Chris Semarjian, president of Industrial Commercial Properties, LLC, and a partner of Mr. Lichter’s in the transaction, said EPS, with its combination of office, research and manufacturing operations, is an ideal tenant for the facility. Referencing the condition of the property and the owners’ subdivision strategy, Semarjian said, “We are confident this usage strategy takes the building and property potential to the next level of use.” 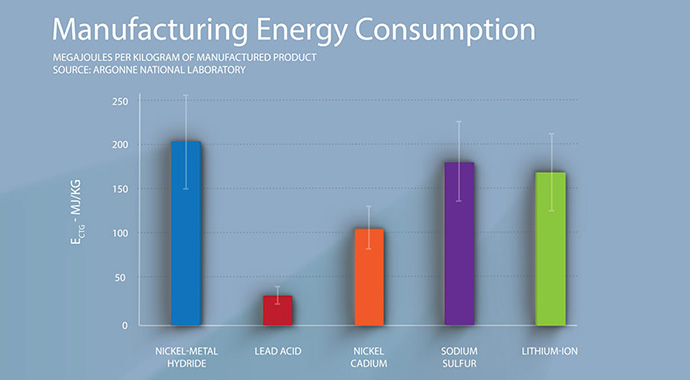 This graph from Energy Power Systems shows how much less energy is consumed in the making of lead-acid-based batteries vs. other varieties.

EPS is backed by co-founder Townsend Ventures, an international investment firm with multiple energy-related businesses in its portfolio, including some based on the lithium-ion solution EPS is competing against: XALT Energy, LLC, a lithium-ion battery manufacturing company formerly known as Dow Kokam located in Midland, Mich., and AllCell Technologies, which designs and manufactures lithium-ion battery packs. Townsend Ventures, an arm of Townsend Capital, was formed in 2007 with a focus on energy efficiency, battery technology and oil and gas drilling.

In January 2014, XALT made its own announcement, as it formed a JV with Magna International of America and HHI Battery Co. at the Midland Battery Park, and was already increasing the operation's headcount.

In a 2013 Reuters report, Dhar, who helped develop a nickel-metal hydride battery for the Toyota Prius, described how too much money was thrown into plants for making lithium-ion batteries before both the technology and the market for it were optimized. Those plants included an LG Chem plant in Holland, Mich., that received $150 million in US government funds in February 2010. "But the demand never materialized," reported Reuters. "A U.S. Department of Energy report described the Holland, Michigan factory as a place where workers spent their days playing board games, watching movies or volunteering at a local animal shelter."

Dhar himself was involved in one of the projects. The Michigan Economic Growth Authority (MEGA) executed five agreements in the FY 2012 reporting year (Oct. 2011 through Sept. 2012), all in that year's first quarter, since as of January 1, 2012, Michigan replaced the Michigan Business Tax (MBT) with a new Corporate Income Tax (CIT), meaning the authority to issue new credits was no longer available. 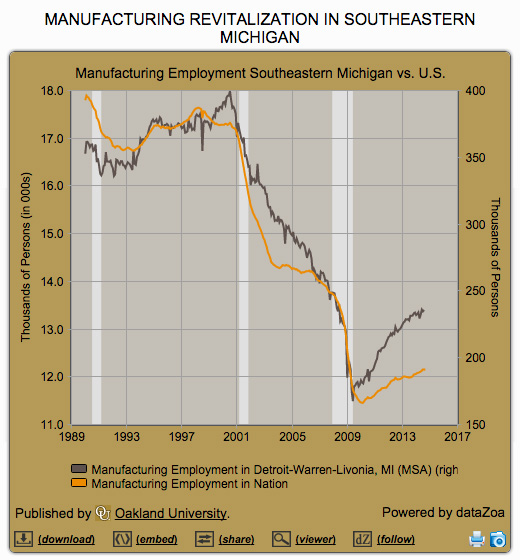 According to a report released in November by Oakland University’s Jonathan Silberman, professor of economics, manufacturing employment in Southeastern Michigan has rebounded significantly, aided in large part by the wide range of automotive R&D (including batteries) in the region.

Among the five recipients was Townsend Energy Solutions, which at that time was planning to invest more than $237 million in an 875-job operation at the shuttered Ford plant in Wixom, also in Oakland County. Subesh Dhar's name was listed among the principals to the agreement. The project, in partnership with Vermont firm Dynapower, was set to make batteries and electric vehicle charging stations, and was approved for seven years of MEGA tax credits expected to total $6.3 million. But the deal, like others before it, fell through at the last minute. Demolition of the Ford plant began in October 2012, with buyer Trinity Barrow Development envisioning a mixed-use development for the 317-acre (128-hectare) property.

In making its Pontiac announcement, EPS noted the support it has received from the State of Michigan, including the Legislature, the Michigan Economic Development Corporation and the Michigan Department of Environmental Quality; Oakland County; and the City of Pontiac.

Metro Detroit — whose 5.3 million people comprise over half of the state’s population of 10 million — has the highest concentration of engineers in the US, with over 6,000 engineers graduating from 16 universities every year. The area is home to more than 89,000 engineers and 70,000 R&D professionals. The state is home to 375 automotive R&D centers that invest nearly $12 billion annually.

“Since 2009, engineering and industrial design employment grew 35.5 percent,” says Lisa Katz, executive director of the Workforce Intelligence Network, a partnership of seven Michigan workforce agencies and nine county chambers of commerce in Southeast Michigan. The area now has 3.7 times the national concentration of employment in those disciplines, she says. Skilled trades employment has grown by 30 percent since 2009, she says, and IT employment — fueled by a population of more than 350,000 IT pros — has surged by 16.5 percent.

Oakland County itself, home to such communities as Auburn Hills, Troy and Novi and such corporate presences as the HQ of Fiat-Chrysler, is seeing continuing incremental investment from the likes of VW, which when it announced the move of its HQ from Detroit to Virginia several years ago, said it would retain about 200 core employees in the county. Quietly, the company has since grown to around 1,400 people in its non-headquarters location, says a person familiar with their operation.

Irene Spanos, director of economic development & community affairs for Oakland County, says automotive, life sciences and IT continue to be the target sectors. The county’s 2014 corporate project investment total came to about $640 million, she says. A total of $171 million was via foreign direct investment.

In addition to the EIBC, Michigan Advanced Energy Storage (MIAES) is also seeking to capitalize on the state's battery prowess. "MIAES is a unique cluster with robust potential for growth," says the organization. "Research indicates that Michigan’s automotive legacy and abundant high-quality infrastructure ideally positions the region [for] this targeted industry."

MIAES builds from the Advanced Energy Storage Systems Initiative (AESSI), a federally-funded partnership of 17 regional organizations to accelerate innovation, business formation and expansion, and job creation in the advanced energy storage sector of Michigan. "Advanced energy storage (AES) systems, such as lithium-ion and absorption glass mat (AGM) lead acid batteries, are an emerging industry cluster with particularly strong ties to the automotive industry, as well as to defense, alternative energy, and electric utilities," says MIAES. "As part of its work, AESSI is integrating economic, workforce, and small business development strategies." AESSI partners include: 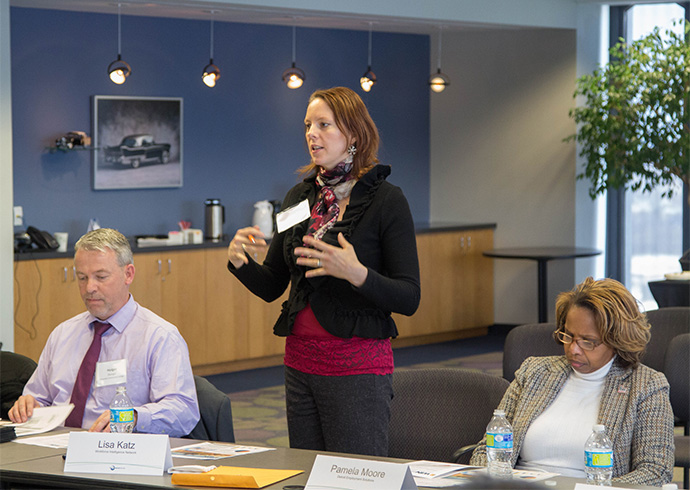 Lisa Katz, executive director of the Workforce Intelligence Network — a partnership of seven Michigan workforce agencies and nine county chambers of commerce in Southeast Michigan — says engineering, industrial design and skilled trades employment all have grown by 30 percent or more in the region since 2009. Engineering is one of the strengths behind the region's energy storage cluster.
Photo courtesy of Detroit Regional Chamber