Remember when Hong Kong solar company GCL-Poly seemed to be investing an awful lot in facilities? Well, it was an awful lot, thus requiring an awfully necessary sell-off.

The Economist nicely pieces together a number of potentially huge hydropower projects in Nepal and neighboring countries.

The South Carolina Office of Regulatory Staff (ORS) filed a comprehensive agreement in December with the Public Service Commission of South Carolina (PSCSC) that spells out a balanced path for solar net metering in the state. "Cooperation was a key element when South Carolina passed solar legislation in June," said Clark Gillespy, Duke Energy president — South Carolina. "Many of those same groups participating in that process have ironed out an agreement that will enable solar development in the state." Signed by Gov. Nikki Haley in June 2014, the Distributed Energy Resource Program Act of 2014 is a comprehensive law to help develop renewable energy in South Carolina. "This agreement allows existing and future net metering customers to have rate treatment certainty for up to 10 years. It also enables utilities to recover the cost of providing service to all customers while maintaining 24-hour service to solar and non-solar customers," said Gillespy.

After putting its award-winning utility workforce training program on ice in 2011 with the economic downturn, FirstEnergy has reinstated its two-year Power Systems Institute, targeting a 2015 enrollment class. The utility will need that talent to continue the transmission and substation projects it’s invested in to keep up with the shale gas activity in its Ohio Edison service area, where it’s spent $6 million on new transmission projects to help meet rising demand. “The projects are part of $250 million in regulated transmission investments identified through 2015 across FirstEnergy to account for 1,100 MW of proposed electric load growth in 2015 through 2019,” says FirstEnergy. 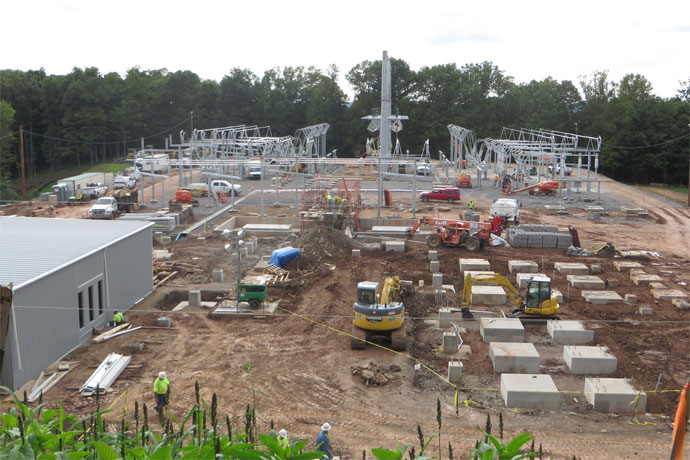 In addition to supporting the MarkWest Sherwood natural gas processing facility, this new FirstEnergy Transmission Substation and line in West Virginia will reinforce the regional transmission system and is also expected to benefit more than 6,000 Mon Power customers along the U.S. Route 50 corridor in Doddridge, Harrison and Ritchie counties.
Photo courtesy of FirstEnergy

The US Dept. of Energy, National Renewable Energy Laboratory and AWS Truepower have collaborated to release in December new maps showing wind power potential when turbine towers reach as high as 140 meters (459 ft.). (Previous maps gauged potential wind speeds at heights of 80 and 100 meters (262 and 328 ft.) 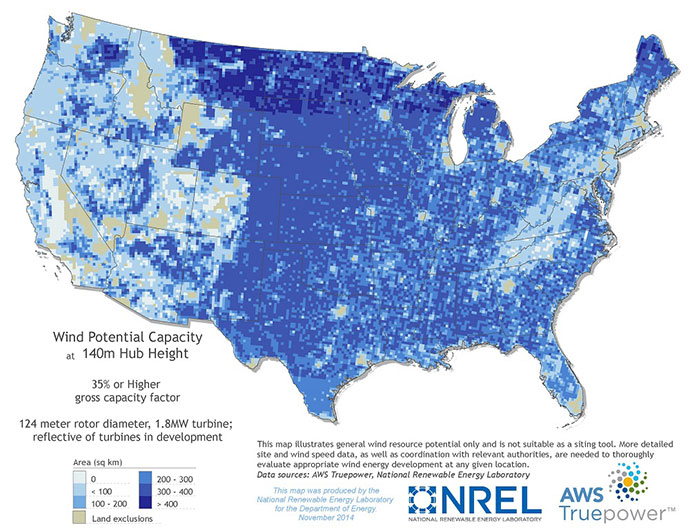 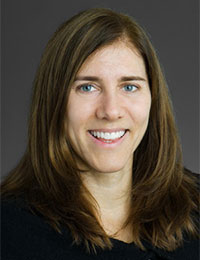 Sundee Wislow (pictured), the founder of the sustainability practice at U.S. Equities who in her spare time helped design a ComEd energy efficiency incentive for commercial property owners, worked on a pilot program to connect whole-building energy data with EPA’s Energy Star program, and helped draft Chicago’s 2013 energy benchmarking and disclosure ordinance, has been hired by JLL to lead the development, acquisition and roll-out of sustainability offerings for real estate investors and corporate owners. 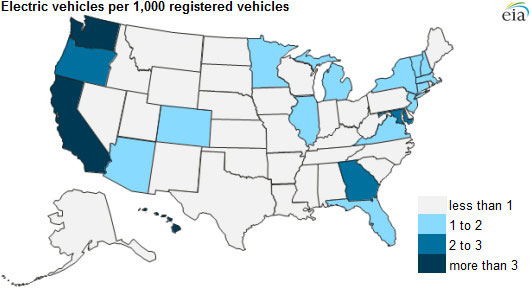 The U.S. Environmental Protection Agency's AgSTAR Program is a voluntary outreach and educational program that promotes the recovery and use of methane from animal manure. The program in November unveiled its latest update on where the nation’s 261 anaerobic digester systems are located. The total includes 17 under construction. Leading the way is Wisconsin with 40, followed by Pennsylvania (34), New York (31) and a tie between California and Vermont at 18 apiece.

Wondering where new refinery capacity is popping up in the US? Study the latest map below. Then go to the EIA’s latest report, released in November, on the locations of existing and announced US gas processors and fractionators. 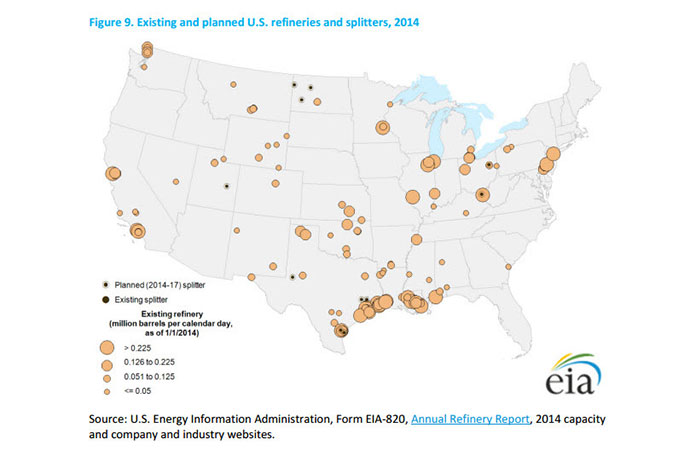