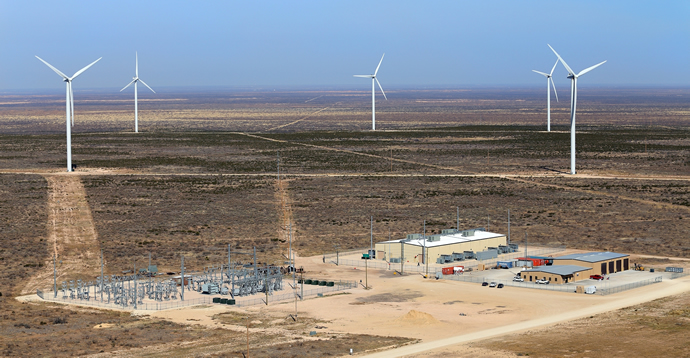 One man's massive cost overrun is another man's price for innovation.

As part of a 2012 regulatory settlement between Duke Energy and the Indiana Office of Utility Consumer Counselor (OUCC), the two are partnering on new research at Southern Indiana's Battery Innovation Center (BIC) near the Crane Naval Surface Warfare Center.

Duke is funding $1 million in research at the Battery Innovation Center to study how battery storage can maximize renewable power sources such as rooftop solar panels and small wind turbines and integrate them into the electric grid.

"Electricity is a unique commodity because it must be produced at the exact time it's needed," said Duke Energy Indiana President Doug Esamann. "Technology that can store energy is a way to advance renewable energy sources such as wind and solar which are clean, but not always available when power is needed. We believe the research we're announcing today can pay dividends for our customers in the future." 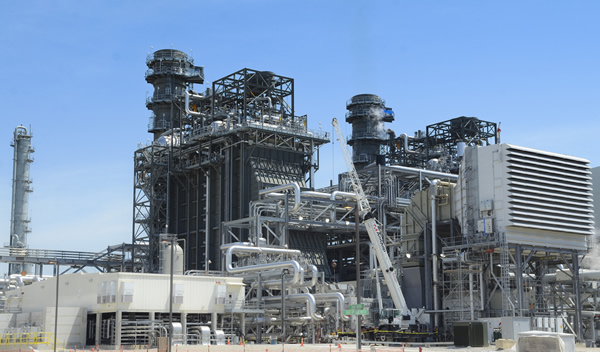 The combustion turbine intake air duct (foreground) and heat recovery steam generator (background) at Duke Energy's Edwardsport IGCC power plant in Southwest Indiana. A settlement related to cost overruns at the plant included a $1-million commitment from Duke toward a renewable energy initiative, which this spring has taken the form of the Battery Innovation Center.
Photo courtesy of Duke Energy

The project also includes installing energy storage systems at two schools served by Duke Energy, preferably with renewable energy sources already on site. The systems will test the benefits of energy storage and serve as a living learning lab for students. The schools have not yet been selected.

"At the heart of energy security is having renewable energy available based on demand as opposed to only when the sun is shining or the wind is blowing," said Battery Innovation Center President David Roberts. "We'll be able to simulate the electric grid with this project and evaluate hardware and battery options while improving the software that controls smaller-scale renewable generation."

After the project lab is created, the Battery Innovation Center expects to begin testing this fall. The school programs will begin by winter, and testing will continue into 2016.

"The technology the center will study has the potential to benefit all electric consumers," said Indiana Utility Consumer Counselor David Stippler. "Promoting the reliability of renewable resources into the energy mix when needed is a crucial element in enhancing the quality of everyone's daily lives. The center's research will put consumers a step closer to that reality, which will be good for residential customers, our schools and businesses alike.

So It's Settled Then

What exactly was that 2012 settlement all about?

The plant at full capacity would provide up to 618 megawatts (MW) of electric generation, and is the first new baseload electric power plant launched in Indiana in more than two decades. But since finally being put into service, it rarely has reached even 50 percent of capacity, and its construction costs went from a projected $1.9 billion to nearly $3.5 billion. The agreement capped the construction costs that could be passed along at nearly $2.5 billion.

In addition to more than $700 million in immediate ratepayer savings (including construction and financing cost savings), the agreement included a two-year moratorium on any Indiana base rate increases by Duke Energy; $22 million in annual customer savings due to deferred tax incentives; a cap on the value of the plant's assets for the life of the project; reduced depreciation expenses and rate credits from reduced depreciation rates that totaled $67 million; and a new clean energy initiative to be funded by $1 million in Duke shareholder money. This last provision is what the new Battery Innovation Center program is fulfilling.

Located adjacent to Naval Surface Warfare Center Crane, the Battery Innovation Center provides both a virtual collaborative network of capabilities needed for development of next generation energy storage solutions as well as a new, state-of-the-art, $15.6 million energy research lab. But it's not the only effort Duke is making to seek storage solutions. Duke currently owns nearly 15 percent of the grid-connected, battery-based energy storage capacity in the US, according to independent research firm IHS Energy.

In May, Duke, LG Chem and Greensmith announced they would build a battery-based energy storage system in Ohio, designed to enhance reliability and increase stability on the electric power grid. The new 2-megawatt (MW) storage project will assist in regulating electric grid frequency for PJM, the transmission organization that powers much of the eastern United States. The system will be built at Duke's retired W.C. Beckjord coal-fired power plant in New Richmond, Ohio, and is expected to be operational by late 2015.

"Fast-responding energy storage is recognized for the tremendous benefits it provides to grid operations, because it can instantaneously absorb excess energy from the grid or release energy," said Phil Grigsby, Duke Energy's vice president of commercial transmission. "Delivering that power in seconds, as opposed to a power plant that could take 10 minutes or more to ramp up, is the unique value the battery system provides to grid operators. 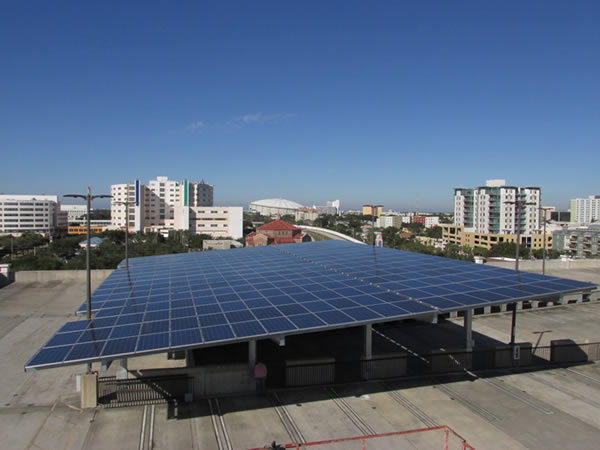 A $1-million grant from Duke Energy is funding solar energy storage research at the University of South Florida St. Petersburg (USFSP). As part of the grant, a 100-kilowatt solar PV system has been installed on the top of the university's parking garage.

"This accurate and rapid response will help improve the overall reliability and economic efficiency of the grid. It also demonstrates the capabilities of new technologies and the potential for future applications, such as large-scale integration of renewable energy onto the grid," Grigsby added. The Ohio project adds to Duke Energy’s installed base of commercially operating energy storage systems. With the addition of the new project, the company will operate a total of 4 MW of energy storage at Beckjord, where a separate 2-MW storage system already exists.

A week before the Ohio announcement, Duke Energy Florida and the University of South Florida St. Petersburg (USFSP) unveiled a new solar battery project that will explore how to store and use energy from the sun. A $1-million grant from Duke Energy is funding the research at USFSP. As part of the grant, a 100-kilowatt (kW) solar photovoltaic (PV) system has been installed on the top of the university's parking garage.

Solar energy that is not used by the garage for lights, elevators and electric-vehicle charging stations is stored in battery systems or put onto the electric grid for immediate use. The new larger energy storage system operates in conjunction with two smaller existing USF energy storage systems.

Duke Energy also operates one of the nation's largest battery-based energy storage and power management systems — a 36-MW unit completed in 2012 in partnership with the U.S. Department of Energy — at the utility’s Notrees Windpower Project in West Texas. Duke matched a $22-million grant from the US Department of Energy to install large-scale batteries capable of storing electricity produced by its 153-MW wind farm.