A trio of studies attempts to put some flesh on the bones of clean-energy claims in North Carolina. 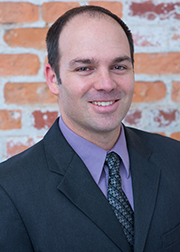 In response to a contribution on the clean energy economy published in this space in November 2014, one reader accused "Site Search magazine" of blindly following the media herd in accepting clean-tech rhetoric without examining economic data.

One of the nine clean-energy nodes featured in that Site Selection Energy Report  was North Carolina. Several reports released in February in that very state attempt to back sunny optimism with clear-eyed analysis.

First, let's turn to the "Economic and Rate Impact Analysis of Clean Energy Development in North Carolina — 2015 Update" published by the esteemed Research Triangle think tank RTI International for the North Carolina Sustainable Energy Association (NCSEA). If the dry title and photo-free presentation of the report doesn't convince you of its seriousness, the data will.

"Through renewable energy adoption and energy efficiency programs, the state has saved or generated enough energy to power 1.2 million homes for one year, showcasing the positive impact clean energy policies such as the Renewable Energy & Energy Efficiency Portfolio Standard (REPS), renewable energy investment tax credit, and Utility Savings Initiative, have on North Carolinian’s electricity rates — which are lower than they would have been, had the state continued using conventional generation sources," says the report.

Rural areas are benefiting the most, reportedly receiving nearly 75 percent — over $1.9 billion — of the $2.6 billion in renewable energy investments made since 2008. Catawba, Davidson, Duplin, Person, Robeson, and Wayne Counties experienced the greatest amount of investment, each receiving more than $100 million between 2007 and 2014.

Among other facts marshalled to the cause:

The RTI report closely follows the NCSEA's 2014 North Carolina Clean Energy Industry Census, which shows the sector (defined across 10 subsectors) has grown revenues by 15 percent annually since 2012, reaching $4.8 billion in gross revenues in 2014. The survey-based study also concludes that the clean energy sector has seen annual job growth of 25 percent since 2012, and now accounts for 22,995 full-time equivalent employees in North Carolina and more than 1,200 firms.

“This year’s Census not only reveals good news for the clean energy industry, it demonstrates powerful news for all of North Carolina,” said NCSEA Executive Director Ivan Urlaub. “Consider the rise of clean energy business sectors like building efficiency and energy storage, which are creating immediate jobs and lowering business expenses, while preparing our state to affordably meet future energy demand. Our state is not only better off with clean energy, it’s thriving – and becoming a national model for how clean energy development can help strengthen economic competitiveness.”

Driven largely by the state’s market-based clean energy policies, North Carolina was recently named one of the fastest growing markets for clean energy solutions, and is ranked fourth nationwide in installed solar power. NCSEA created the Census in 2008, a first of its kind nationally, to help measure the impact of North Carolina’s clean energy policies and identify where policy is and is not achieving the results that policymakers, economic developers and industry members envisioned. One such policy is the Renewable Energy Investment Tax Credit, which has reportedly returned $1.93 for every $1.00 utilized by state and local governments.

“When I joined NCSEA as executive director in 2005, there was no real pathway for investors into our market, but through incremental steps and attainable goals we have successfully accelerated the rate of clean energy adoption and acceptance and North Carolina continues to progress as the region and nation’s clean energy hub, competing with the likes of California, Texas, New York and Massachusetts,” said Urlaub. Moreover, responding firms (567) across all clean-energy sectors — alternative fuel vehicles, biomass, smart grid, solar, wind and others — reported they plan to hire more workers this year.

North Carolina’s leading technology sectors such as Energy Storage and Smart Grid are increasingly sending more of their goods and services out of the state. Energy Storage is sending 18 percent of products to national and international markets, while Smart Grid firms see 25 percent of their merchandise and expertise leave the Southeast region.

Among other observations, the Census report states, "Clean energy in North Carolina is no longer a niche industry. There are now solar farms, LEED certified buildings, waste-to-energy systems, and electric vehicle fueling stations in every corner of the state. Likewise, the firms that provide the goods and services needed to meet the rising demand for clean energy also occupy every corner of the state, providing jobs and revenues to rural and urban counties alike.

There are, however, some distinct clusters of the clean energy industry in the Triangle, Triad, Charlotte, and Asheville areas. This is an indication of the positive network externalities that these firms are able to utilize in North Carolina’s business climate."

"North Carolina is in an enviable position when it comes to solar power development,” said the report’s lead author, Lukas Brun, senior research analyst at Duke’s Center on Globalization, Governance & Competitiveness (CGGC). “From being virtually non-existent in 2008, it is today the South’s leader in solar power. The result has been a growth in companies and employment in the industry, providing wide-spread benefits to the state." 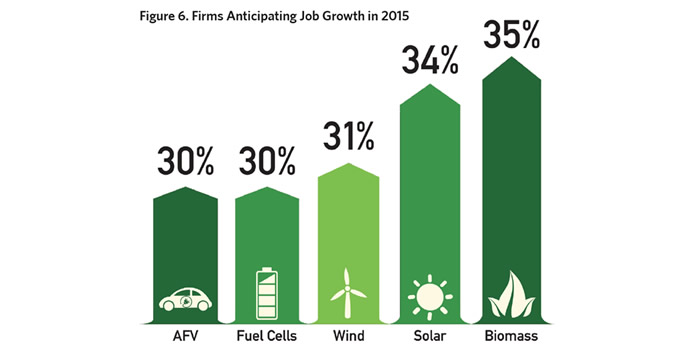 The report says the value chain of investors, solar developers, construction contractors and solar panel and component manufacturers comprises more than 450 companies. Together, these companies support some 4,300 jobs and represent a $2 billion investment. In addition to jobs, solar industry-related businesses provide income for landowners and tax revenue for N.C. towns, the report states.

Solar industry revenue benefits “very rural, poor parts of the state,” said John Morrison of Strata Solar, a solar business located in Chapel Hill, N.C. “And then there is what solar means to the landowners, the farmers, who are able to receive a long-term, fairly secure income for leasing a portion of their property for a solar farm.”

Strata hired 1,200 workers in 2013 as it pursued its strategy of constructing utility-scale solar farms in regional clusters, thereby allowing work teams to move quickly from one project to the next. The firm also is the leading commercial rooftop solar engineering, procurement and construction firm in the Southeast, having installed projects for such companies as IKEA in Atlanta and Woodbridge, Va., and Bayer Crop Science in the Research Triangle, in addition to retail rooftop projects in California and Massachusetts.

One of Strata's solar farms, Arndt Farm, produces approximately 9,600 MWh of electricity a year. It's part of Strata Solar’s Western cluster of solar farms and was built by a crew of over 150 hired in the third quarter of 2012. The economic impact of the project includes over $250,000 in direct expenditures in Catawba County for wages, lodging and supplies, and an increase in the property tax base of Catawba County of approximately $15 million with no requirement for additional school, sewers roads, or other county services.

"Uncertainty exists in North Carolina’s solar future, however," says Duke. "Three policy issues could affect North Carolina’s continued development of large-scale solar: the impending expiration of the state-level renewable energy tax credit at the end of 2015; the expected reduction of the federal investment tax credit from 30 percent to 10 percent at the end of 2016; and a backlog of 400 projects that is hindering timely completion of solar power projects." 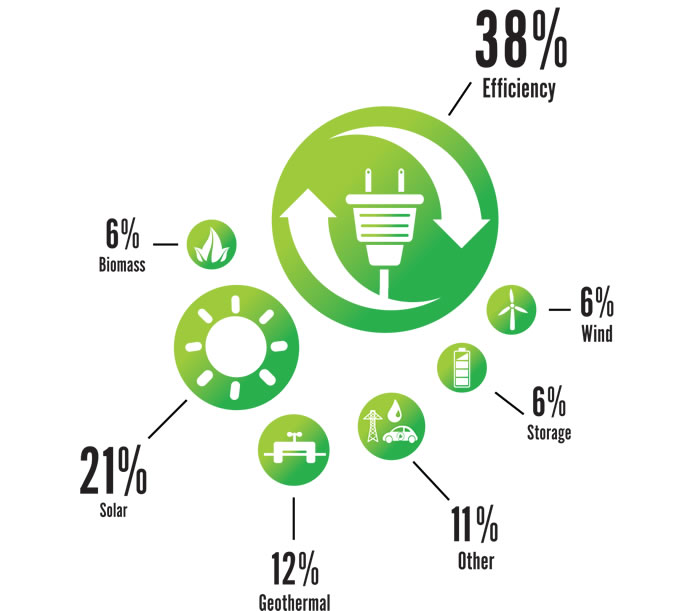