Seventy manufacturing plants across the United States join an exclusive club. Twenty communities hope to join one too.

Among the leading sectors for industrial plant Energy Star certifications is food. ConAgra, whose Omaha world headquarters is shown here, has 10 such certifications across the nation.
Photo courtesy of ConAgra
by ADAM BRUNS 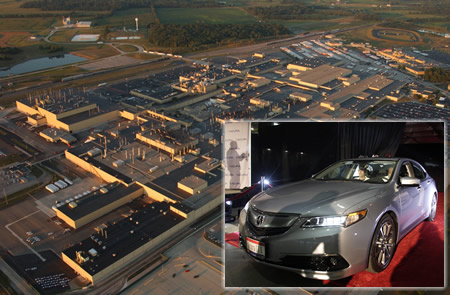 Honda of America's plant in Marysville, Ohio, where the company launched Acura TRX production last July (inset) is elite among the elite, having earned Energy Star certification every year since 2006.
Photos courtesy of Honda

Since its inception in 1992 for a computer, the US Environmental Protection Agency's Energy Star certification label can now be found on products in more than 70 different categories, 1.6 million homes, and 24,000 commercial buildings and industrial plants. But that last category doesn't earn the mark often: Only 139 manufacturing plants have achieved Energy Star certification.

This week 70 Energy Star plants from that elite club were recognized for their achievement of Energy Star status.

"Together, these manufacturing plants saved a record amount of energy, cut their energy bills by $725 million, and reduced greenhouse gas emissions by more than 8 million metric tons — equivalent to the annual total energy use of more than 650,000 households," said the EPA in a release.

Energy Star certified plants are independently verified on an annual basis to have reached the top 25 percent of energy performance for their industries nationwide. Among these are plants from the auto assembly, cement manufacturing, corn refining, food processing, glass manufacturing, pharmaceutical manufacturing, and petroleum refining industries. Seven are certified for the first time: 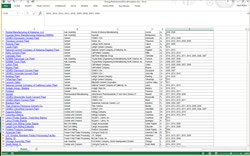 All Data, All the Time

Click on the spreadsheet image above to access sortable data on all 139 industrial plants in the US that have earned Energy Star certifications. Click on the "Building Name" hyperlinks to access full reports about what each site has done to earn its stripes.
"Marathon Petroleum became an ENERGY STAR partner in 2009, representing our corporate commitment to consider energy efficiency in all investment and operating decisions. We are proud to be the refining industry leader in recognitions under the ENERGY STAR program," said Michael Harp, energy technologist, Marathon Petroleum Co.

Among the 139 plants, cement is by far the leading category of product, accounting for 50 of the operations. And CEMEX USA is by far the leading earner of Energy Star certifications, at 11 separate facilities. The company in February announced that its ready-mix plants in Texas and New Mexico had qualified for special Energy Star honors by reducing their energy intensity by 10 percent within five years or less.

Sorted by state, California has 11; Washington has nine; Texas has eight; and Ohio, Indiana and Missouri have seven each.

The facilities with the most repeat certifications (back to 2006) include Marathon's refineries in Garyville, La., and Canton, Ohio; Nissan's plants in Canton, Miss., and Smyrna, Tenn.; and Honda's two plants in East Liberty and Marysville, Ohio;

Same Day, Other Side of the Coin

What happens when industrial plants reach the end of their useful lives is another part of EPA's scope. Could energy companies be among those successfully reusing brownfields in the future? On the same day the Energy Star news was released, EPA announced the selection of 20 communities in 16 states receiving approximately $4 million in Brownfields Area-Wide Planning (AWP) grants for cleanup and reuse of brownfields sites.

Sometimes the brownfields themselves are energy vestiges. The agency made the announcement at a press conference in Huntington, W.Va., where the city plans to use its $200,000 AWP grant to help launch the Advanced Manufacturing & Polymer Commercialization Center on vacant and polluted brownfields along the Ohio River, as well as build a new baseball stadium for Marshall University. According to a release from the city, "Huntington seeks to spark reuse of more than 78 acres of underutilized, former manufacturing facilities located along the Ohio River between Marshall University’s campus and the Highlawn neighborhood. In addition to receiving the $200,000 planning grant, the Huntington Municipal Development Authority has applied for a $400,000 EPA grant to address any contamination issues at the sites."

“The properties we seek to redevelop between Marshall and Highlawn are a silent reminder of how international policies have shifted the world economy and left our region with fewer jobs and limited opportunities,” Williams said. “The EPA’s planning grant places opportunity in the grasp of our city, state and region to transform ourselves to compete in the worldwide marketplace.” 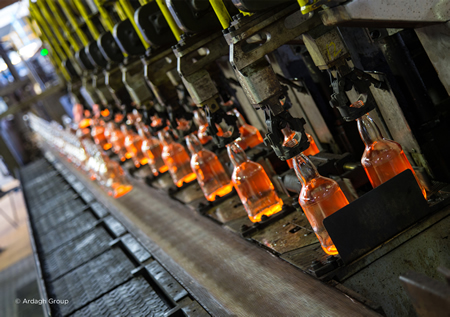 Here is a list of the 2015 Area-Wide Planning grants and the planning processes they support:

CALIFORNIA: City of Fresno — Interest in economic redevelopment/attracting new businesses with its location near highways; a focus on community centers serving youth/unskilled workers; and building on city bicycle and other pedestrian master plans.

MAINE: Greater Portland Council of Governments, Maine — Options include affordable housing, an expansion of an existing urban farm, and/or the construction of a new building with retail and commercial space.

NORTH CAROLINA: City of Hickory — the reuse plan includes residential and commercial projects to connect the industrial area and the neighborhoods to the north.

TEXAS: City of Whitewright — Expand business district for light industrial and commercial use. 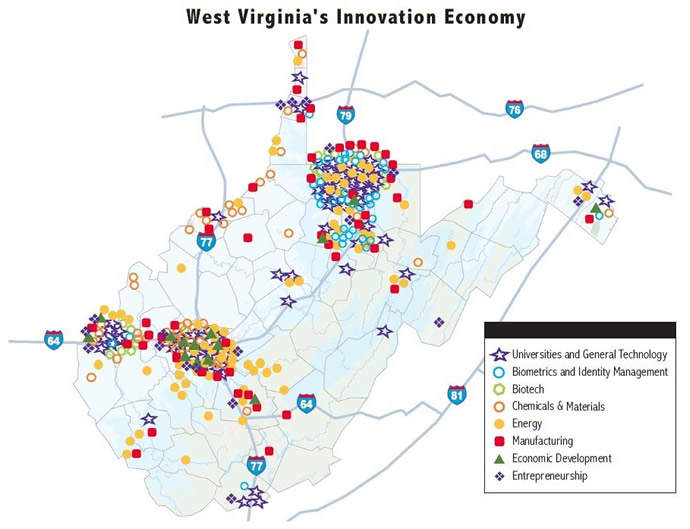 This map from TechConnectWV shows how energy continues to knit together the state's innovation economy. Officials with the state and the City of Huntington hope a new polymer commercialization center on industrial brownfield property along the Ohio River will continue to transform the regional economy, thanks in part to EPA funds.
Image courtesy of TechConnectWV