A major fine offers multinationals a learning opportunity about why location matters when it comes to international economic sanctions. Or does it? 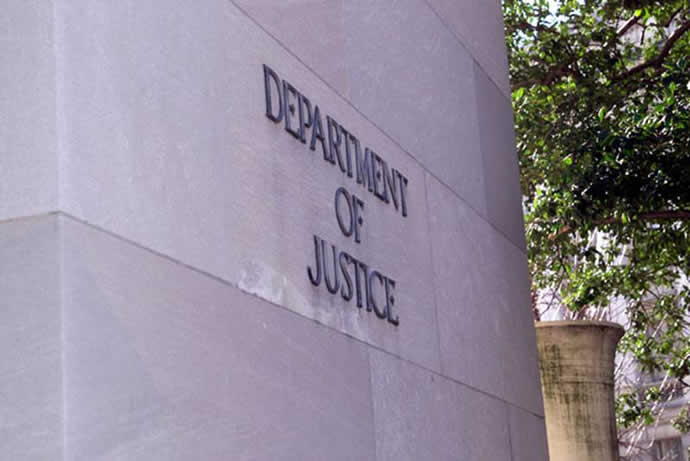 The next time you think the global nature of your company means location no longer matters, call Schlumberger.

The US Department of Justice announced on March 25 that Schlumberger Oilfield Holdings Ltd. (SOHL), a wholly-owned subsidiary of Schlumberger Ltd., had agreed to enter a guilty plea and to pay a $232,708,356 penalty to the United States "for conspiring to violate the International Emergency Economic Powers Act (IEEPA) by willfully facilitating illegal transactions and engaging in trade with Iran and Sudan."

The 1,800-word announcement was merely a summary of offenses uncovered by a six-year investigation. They all seemed to boil down to this: Had the company maintained the same level of knowledge and talent it has in Houston in one or more non-US locations, it might be $232 million richer today.

As it is, SOHL appears to be SOL. The fine is the largest criminal fine ever paid in connection with an IEEPA prosecution.

Then again, it also represents a mere 0.4 percent of Schlumberger's 2014 global revenues of $48.5 billion. Nevertheless, the case's site selection and organizational chart implications are profound for any global company.

“Even if you don’t directly ship goods from the United States to sanctioned countries, you violate our laws when you facilitate trade with those countries from a U.S.-based office building."

“Over a period of years, Schlumberger Oilfield Holdings Ltd. conducted business with Iran and Sudan from the United States and took steps to disguise those business dealings, thereby willfully violating the U.S. economic sanctions against those regimes,” said Assistant Attorney General for National Security John P. Carlin. “The guilty plea and significant financial penalty in this case underscore that skirting sanctions for financial gain is a risk corporations ought not take.”

“This is a landmark case that puts global corporations on notice that they must respect our trade laws when on American soil,” said US Attorney Ronald C. Machen Jr. of the District of Columbia. “Even if you don’t directly ship goods from the United States to sanctioned countries, you violate our laws when you facilitate trade with those countries from a U.S.-based office building. For years, in a variety of ways, this foreign company facilitated trade with Iran and Sudan from Sugar Land, Texas. Today’s announcement should send a clear message to all global companies with a US presence: Whether your employees are from the US or abroad, when they are in the United States, they will abide by our laws or you will be held accountable.” 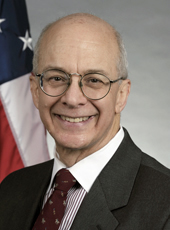 Under Secretary Eric L. Hirschhorn of the US Commerce Department’s Bureau of Industry and Security

“We will continue to pursue violators wherever they are located and whatever their size," said Hirschhorn.

Look at any earnings announcement from a company of Schlumberger's scale, and the immediate reaction is, "They're everywhere." But it doesn't mean every capability is everywhere.

In today's corporate speak, organizations so frequently establish or expand a "center of excellence" (COE) that one can easily grow immune to the meaning of that phrase: A location where the best and brightest in a field gather to do their stuff.

In SOHL's case, one of its leading COEs is Sugar Land, where the company's Drilling & Measurements (D&M) business segment is headquartered. And it's where questions and requests about operations in the above-named countries went to be answered, approved and authorized.

"Although SOHL, as a subsidiary of Schlumberger Ltd., had policies and procedures designed to ensure that D&M did not violate US sanctions," said the DOJ summary of the case, "SOHL failed to train its employees adequately to ensure that all US persons, including non-US citizens who resided in the United States while employed at D&M, complied with Schlumberger Ltd.’s sanctions policies and compliance procedures."

Among the regulations in place, the Iranian Transactions and Sanctions Regulations issued in 1995 pursuant to an Executive Order defined "United States person" as United States citizens, permanent resident aliens, and any persons in the United States.

Over six years of violations, the talent and training challenge that every company faces today turned from a competitive advantage and strategy issue to a very expensive legal issue for Schlumberger. Alexandra Lopez-Casero, partner at Nixon Peabody, is one of three experts at the firm who recently co-authored a bulletin about the need for sanctions training at the corporate level. While the Schlumberger case on its face seems to suggest that doing things in non-US locations would have solved all the company's issues, she says the long arm of the law is much longer than that.

"The US sanctions against Iran and Sudan are comprehensive sanctions and have broad jurisdictional reach outside the US,"she says in an email. "Foreign persons can be fined or prosecuted for 'causing' violations by US persons. Re-exports of controlled U.S. goods by foreign persons are also prohibited." 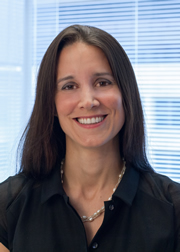 One of the biggest issues that Lopez-Casero and her colleagues see is the broad concept of “facilitation."

"Under the Iran sanctions, for example, US persons may not approve, finance, facilitate, or guarantee any transaction by a foreign person where the transaction by that foreign person would be prohibited . . . if performed by a [US] person or within the United States," she explains. "Under the Sudan sanctions, facilitation is any unlicensed action by a US person that assists or supports transactions by or with a sanctioned party. Activity of a purely clerical or reporting nature that does not further trade or financial transactions with [sanctioned parties] is not considered prohibited facilitation. For example, reporting on the results of a subsidiary’s trade with Sudan is not prohibited, while financing or insuring that trade or warranting the quality of goods sold by a subsidiary to the Government of Sudan constitutes prohibited facilitation. The concept of facilitation is generally understood to be the same for all programs even though worded differently."

Okay, you've covered that base, so you're done worrying, right? Not just yet.

"Moreover, the US side of a global company could not advise its foreign subsidiaries or joint ventures on how to structure a transaction so that it does not violate the US sanctions, for example by directing that management decisions or payment flows be dealt with in a certain way (i.e., outside the US)," continues Lopez-Casero. "It can only advise as to what is lawful or unlawful ... Because global companies with operations in the US are quickly viewed as facilitating a transaction, e.g., through indirect control or internal payment processes, but they cannot structure away US sanctions issues without being viewed as facilitating, a majority of global companies require that their non-US subsidiaries and joint ventures adhere to the US sanctions, worldwide."

Unfortunately, Schlumberger didn't ... and then made things worse with code names and obfuscation. Among the illegal schemes that might seem run-of-the-mill on their face:


Let That Be a Warning

Corporate real estate directors and their bosses are used to dealing with physical nexus as it relates to things like taxation. This is something else entirely, and can be especially meaningful for smaller, entrepreneurial firms, even as it's the corporate monoliths paying the big penalties.

According to Reed Law Firm, a South Texas firm which frequently represents "owners of smaller oil and gas companies and other businesses who stumble into trouble because they don't know who they're doing business with," countries currently under full or partial IEEPA restrictions include Cuba, Iran, Iraq, Syria, Libya, Sudan, Zimbabwe, North Korea, Russia, Belarus and Myanmar.

It seems most IEEPA and related violations involve financial services companies: Witness major forfeitures in the past five years by such esteemed institutions as France's BNP Paribas ($8.8 billion), Credit Suisse, Barclays, ABN AMRO, ING Bank and HSBC. But Lopez-Casero says any product can be an issue, depending on the underlying fact pattern. "For example, in 2012 OFAC fined Essie $450,000 for exporting nail care products (apparently nail polish) to an Iranian distributor, an IEEPA violation," she writes. "The total transaction value was $33,299."

While things are opening up with Cuba, Lopez-Casero points out that the Cuba embargo remains in effect.

"Most transactions between the US or persons subject to US jurisdiction and Cuba are prohibited," she says. "But since January of this year, there are more general licenses (i.e., blanket authorization) for certain types of products and activities, such as the export of consumer communication devices (cell phones and tablets) to individuals and entities not linked to the Cuban government; the export of building materials, equipment, and tools for use by the private sector in Cuba to construct or renovate privately-owned buildings; the export of tools and equipment for private sector agricultural activity; and the export of tools, equipment, supplies, and instruments for use by private-sector entrepreneurs. All of these items may only be subject to low-level (Anti-Terrorism) controls. As you can imagine, given the small size of the private sector in Cuba, one of the issues is finding a suitable business partner and ensuring that the items stay within the private sector."

In other words, if it seems like a legal mine field, it probably is.

"US and foreign firms continue to be at high risk for sanctions and other export enforcement cases," says Lopez-Casero. "The recent enforcement cases underscore the need for a robust compliance program, the need to screen transactions and all counterparties in real-time and the compliance expectations placed on firms. Companies need to implement tight controls, including on their global subsidiaries, distributors and agents, as these foreign parties are oftentimes who get companies in trouble."