The Goldman Sachs Group this week announced that it will expand its clean energy target from $40 billion (set in 2012) to $150 billion in financings and investments by 2025 as part of its updated Environmental Policy Framework. Among its targets: "By 2015, Goldman Sachs will be the first US investment bank to be carbon neutral across its operations and business travel. By 2020, the firm will target $2 billion in green operational investments and seek to source 100 percent renewable power for its global electricity needs." 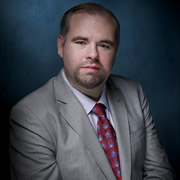 Don't believe in spinoff effects? Tell it to the folks in Midland, Texas, who this week welcomed a $36-million service center from Tenaris for the storage, inspection and preparation for the running of steel tubular goods for the energy sector. Though no job creation number was specified, the terms of the agreement with Midland Development Corp. and the city council call for an annual payroll of $3.3 million by the end of 2020. Tenaris first landed in Texas a couple years ago with a manufacturing plant that was among Site Selection's Top Deals of the Year.

A Texas business leader wants to put some of those steel tubular goods to use across the pond. Breitling Energy Chairman and CEO Chris Faulkner (pictured), in a speech at the Energy Live 2015 conference in London this week, called for further fracking in the UK.  "If England were to safely begin developing its abundant natural gas, it would be like unearthing another Marcellus and Utica shale in the US," he said. "It appears to be such a vast supply that it could put the UK on the map as one of the world's prominent energy producers and uncouple them from Russian imports." He based his statements on a study released last year by the University of Manchester. Separate studies have revealed oil potential too, with a field near Gatwick Airport holding as much as 100 billion barrels — larger than the Permian Basin in Texas. 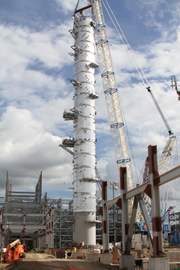 A Texas business leader wants to put some of those steel tubular goods to use across the pond. Breitling Energy Chairman and CEO Chris Faulkner (pictured), in a speech at the Energy Live 2015 conference in London this week, called for further fracking in the UK.  "If England were to safely begin developing its abundant natural gas, it would be like unearthing another Marcellus and Utica shale in the US," he said. "It appears to be such a vast supply that it could put the UK on the map as one of the world's prominent energy producers and uncouple them from Russian imports." He based his statements on a study released last year by the University of Manchester. Separate studies have revealed oil potential too, with a field near Gatwick Airport holding as much as 100 billion barrels — larger than the Permian Basin in Texas.

GE Hitachi Nuclear Energy (GEH) in late October signed an MOU with the Vietnam Atomic Energy Agency (VAEA) that is aimed at enhancing the agency’s understanding of light water reactor technology and nuclear project management. The agreement calls for GEH and VAEA to cooperate to promote training and development of qualified human resources associated with the civilian nuclear power program in Vietnam. Vietnam is planning to build more than 10,000 megawatts of nuclear generating capacity by 2030.

“As Vietnam looks to low-carbon nuclear power to meet its burgeoning energy needs, we will continue to support the building of the nation’s nuclear power infrastructure,” said GEH Senior Vice President David Sledzik. In the fall of 2014, MOUs were signed with Hanoi University of Science and Technology and Electric Power University to cooperate in the field of nuclear engineering and technology. Twelve students from the two universities recently completed internships at GEH’s world headquarters in Wilmington, N.C.

At nearly the same time, the larger GE made major commitment in Southeast Asia, announcing its intention to invest up to $1 billion in the power, oil and gas, and healthcare sectors to support Indonesia’s accelerated economic growth. The announcement was made on the sidelines of a meeting between the Indonesian President Joko Widodo and US President Barack Obama. "These commitments will result in the creation of over 6,000 jobs, technology transfer, training of over 1,000 people a year, and the expansion of local supply chains as GE’s business grows," the company said.

Indonesia has set an ambitious goal to increase power generation capacity by 35 GW by 2019. In the oil and gas space, GE’s investments will include expanding the current subsea equipment manufacturing facility to include other GE product lines, and partnering with local companies to expand manufacturing and assembly locally. GE relocated the headquarters of its healthcare business in ASEAN to Jakarta earlier this year. Today GE employs nearly 1,000 people, with operations in Jakarta, manufacturing facilities in Yogyakarta and Batam, and a turbine service facility in Bandung.

Israeli sea wave energy technology firm Blackbird International Corp. announced that leaders of its subsidiary Wave Electricity Renewable Power Ocean WERPO were invited to meet with Gujarat state government leaders in India to discuss deployment and manufacturing of WERPO technology in Gujarat (with 60 million people) and in India overall, which has 1.1 billion potential customers. The leaders were introduced to GEDA, India's agency dedicated to exploring new technologies in the renewable energy sector.

"India is one of WERPO's strategic locations," said Shmuel Ovadia, director at WERPO and inventor of its proprietary sea wave energy technology. "It has the potential to supply enough energy for all of India due to the region's vast expanse of ocean."

San Francisco-based Ecoplexus, a developer, owner and operator of solar PV projects for the utility and industrial markets, has more than 500 MW between construction and pipeline in the US, Japan and Turkey, representing over $750 million in project value. In late October the firm closed financing for a 25-MW project (pictured) in Whitakers, N.C. The $45-million project will be installed with approximately 150,000 Solar Frontier modules and will achieve commercial operation in late 2015.  Its completion will mark the ninth Ecoplexus project in North Carolina and a total of 53 MW in Q4 2015.

The project has a signed long-term PPA contract with Dominion North Carolina Power.  Once fully operational, the system will provide North Carolina with approximately 40 gigawatt-hours of clean electricity annually, enough to power an estimated 3,800 households. 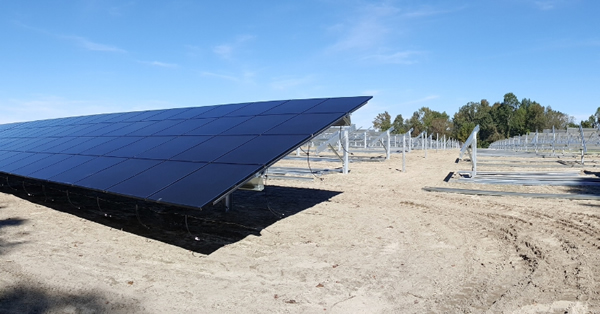 A 10-strong fleet of 100-percent electric Renault vehicles powered almost entirely by renewable energy can now be hired, on an hourly or daily basis, by residents and visitors to the Outer Hebrides of Scotland. Much of the electricity needed to charge the electric vehicles (pictured) will be generated by the Pentland Road Wind Farm, says Renault. The nine ZOE hatchbacks and a Kangoo Van Z.E. have been introduced through a unique partnership between E-Car Club and the wind farm operators.

"Representing an investment of £24 million and developed over a 12-year period, Pentland Road Windfarm will generate power for the new vehicles as part of providing renewable electricity to the islands," says Renault. "Such is the efficiency of the wind farm and the suitability of the local climate to support wind power, the six turbines will supply sufficient electricity to meet the entire domestic load of the Outer Hebrides." 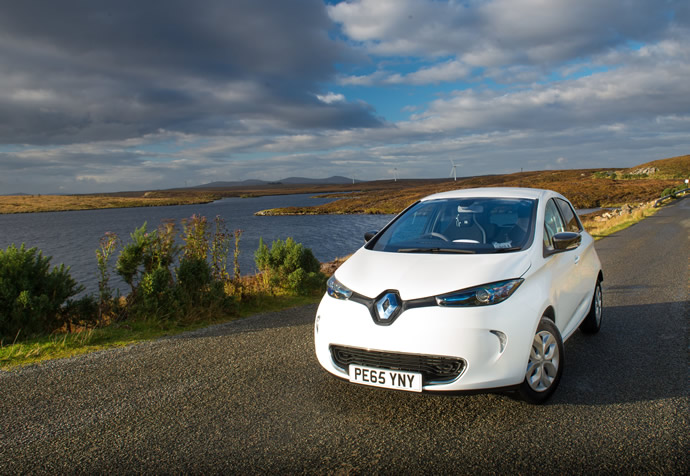 Taiwan's Green Trade Project Office in mid-October unveiled its Eco-Power Station (EPS), an off-the-grid system that is entirely self-powered by solar energy. It features a 5 kW thin-film photovoltaic module as well as a 5kW lithium-ion battery. The product has "brought together 10 innovative Taiwanese green-technology producers in order to demonstrate the viability of a green solution to the crisis of climate change," said the office. Created out of a 40-by-8-ft. shipping container, the EPS will serve as an electric-bicycle station to be operated by Bike and Roll at Liberty State Park in New Jersey starting in March 2016. 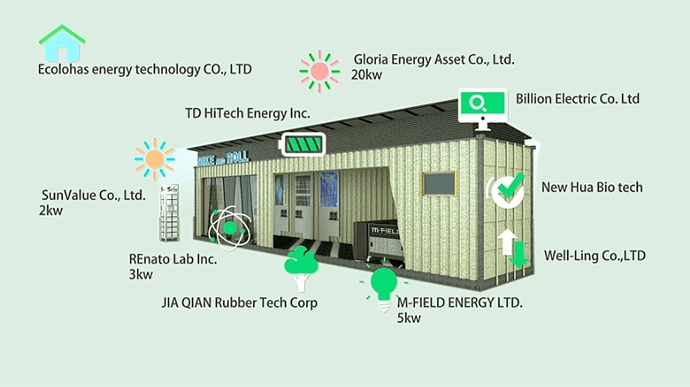