The Power of the Panda

A Dallas-based private equity firm grows its power generation assets to keep up with growth in North Texas.

Sherman Economic Development Corp. (SEDCO) has announced a planned 450-MW expansion of Panda Power Funds’ existing 758-MW combined cycle natural gas power facility in Sherman’s Progress Park. The project, scheduled for completion in 2019, is expected to cost $200-$300 million and will create up to 500 jobs during construction.

“Panda Power is an integral part of Sherman’s growing business community, and this expansion demonstrates their continued commitment to the city,” said Robby Hefton, city manager for Sherman. “The expanded plant will not only create new jobs in Sherman, but also supply the power needs for approximately 1 million homes. Altogether, the plants will contribute more than $2 billion to the North Texas economy.”

In order to help finalize the deal, the SEDCO Board of Directors unanimously approved a $2.5 million development incentive for the project. The incentive will be paid in three installments based on company performance criteria.

“As Texas continues to grow, so will the demand for electricity,” said Steve Tessem, Vice President of Panda Power Funds. “When the ERCOT market signals the need for more power, we want to be at the ready to serve North Texas.” 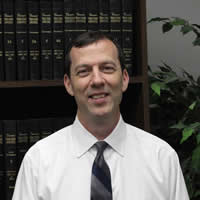 The plant was just commissioned last November. Headquartered in Dallas, Panda can develop, acquire, construct, finance and operate utility-scale, natural gas-fueled power generation facilities. The firm currently has more than 4,700 MW of generating capacity under construction or in operation in Texas, Pennsylvania, Virginia and New Jersey. Panda also has a 927-MW generating project in advanced development in Maryland.

The firm just broke ground in August on a 778-MW plant in Loudoun County, Va. In February it announced it would jointly develop and operate the 1,000-MW Hummel Station plant near Shamokin Dam in Snyder County, Pa. And last September it commissioned a 758-MW plant in Temple, Texas.

The firm's leadership is essentially the same people who led Panda Energy International, the firm founded in 1982 that financed, developed, built and operated 9,000 MW of generating capacity, at an approximate cost of $6 billion, including the two largest natural gas-fueled power plants ever built in the United States — the 2,250 MW Gila Bend, Ariz., and the 2,250-MW Eldorado, Ark., generating stations. (The debt financing of these two power plants required a banking syndicate of more than 40 banks.)

Less successful was the ethanol division. The firm was the majority owner of the giant manure-to-ethanol plant in Hereford, Texas, that was eventually sold to Murphy Oil in 2010 after construction delays caused in part by construction-crew illness from livestock contact precipitated insurance and contractor litigation and the subsequent filing for bankruptcy by the Hereford Biofuels division.

'This Was a Water Deal'

Upon Panda Power Funds' initial financial close in 2010, nearly all of Panda Energy’s senior management and energy professionals transitioned to the new fund organization. And natural gas is proving to be the more solid play.

"On a nominal basis, depending on how you slice it, there are anywhere from five to eight cities in Texas setting records in the US for growth," he says in an interview. "As a matter of fact, just a couple weeks ago, we hit a load record here in Texas for demand for power. That came during a very mild summer. The last record was in 2011, when we had 43 days of triple-digit heat. This summer we only had 10 days of triple-digit heat. Clrealyr it's not the heat doing it, it's the growth — 1,000 people a day are moving to Texas, and a lot of those people are moving to North Texas."

That's why the initial Sherman facility was sited where it is.

"It's a prime location for us to feed power into the North Texas market," says Pentak. "As we've seen more growth occur, we came to the conclusion that there will be a market need for more power. It also made economic sense because so much of he infrastructure is already in place."

The ongoing Sherman operation, in part due to increased automation, only employs 25 to 30 people, and the expansion may add as many as five to 10 operations staff. But the value to the area tax base more than makes up for the relatively un-Texas-like job creation number.

"Our experience with Panda has been phenomenal from the start," says Hefton, noting several years of negotiations over water services and tax abatement that resulted in the first agreement in 2012. "Going into phase two discussions was kind of a no-brainer. Around here, among the staff and counsel, we referred to 'the Panda effect' very often. What we mean by that is there were not only ancillary benefits and economic ripples during construction. I'm a bottom-line guy. While I can appreciate economic impact models, I'm looking at what cash is going into the city's coffers, and it is very significant. Panda 1 is by far the largest taxpayer in the City of Sherman, and Panda 2 will be the second largest by far," even after the abatement. 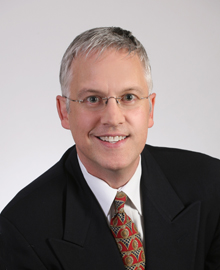 "The sheer size of Panda on the property tax base was impact enough to get down to business with this agreement," Hefton continues. "Honestly, this was a water deal as much as anything else. They use millions of gallons of water a day. Phase one uses raw water from Lake Texoma, and phase two will use treated effluent from our wastewater plant. The volume of water they're using dwarfs considerations that would have been in place otherwise."

The city and Panda both are all too aware of the increasing value of that precious resource as so many territories confront drought. Lake Texoma can provide up to 35 million gallons a day, says Hefton, "and we don't use nearly that amount."

On top of that, now Panda is the catalyst for using the treated wastewater, with a large water line now going from the wastewater plant to Blalock Industrial Park and opening the door for other users of the effluent stream.

"During our discussions with Panda about the water stream, we were pretty keen that it be effluent, because we didn't want to commit an additional 7 million gallons a day of potable water," says Hefton. But just as influential was the consistent availability of that effluent stream. After all, he says, "the wastewater treatment plant simply cannot be shut down." Even though the big 72-inch line from Lake Texoma, operated in partnership with the North Texas Water District, can pull up to 125 million gallons a day, it does have the occasional shutdown.

Pentak says it costs Panda more to be able to use that treated effluent, but it's one way the company builds community goodwill. "Water has become the big issue, in Texas and around the country," he says. "We've found it's really good to stay away from potable water for cooling. People don't like it when you use their drinking water."

What power producers like is access to water, fuel and transmission assets. Sherman has all three, says Pentak. But he adds a fourth:

"Community support," he says. "If you have to fight too hard to get community support, it's a constant fight. In the City of Sherman, we found a great partner. That doesn't mean they weren't hard negotiators, but when it came time to do the deal, both parties understood the need to execute it." 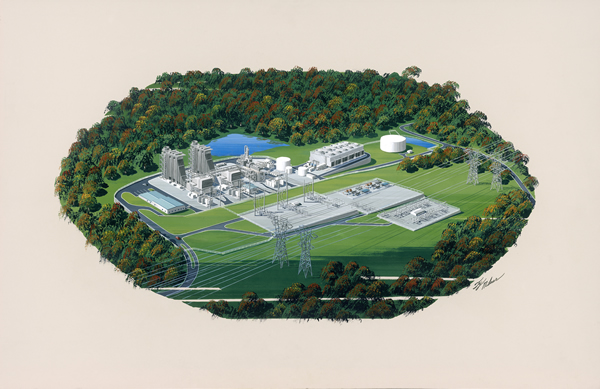 The 778 MW Panda Stonewall Generating Station in Loudoun County, Va., will be one of the cleanest natural gas-fueled power plants in the United States.

There are locations, says Pentak, where that understanding does not exist. Part of it is because of a lack of a coherent national energy policy, but that in turn is related to the country's sheer scale. Electricity can only travel relatively short distances, so in effect the US has 50 energy policies. He's reluctant to name the difficult territories, but then he does name one:

"In California, it takes forever to get something permitted. Part of it is they've created a cottage industry — you have to hire an expensive community relations firm, that has to be California-based. They've created the rules and regulations they have [in order] to keep outsiders out. In the Southeast US, the rules and regulations are set up very much to favor incumbent utilities."

The Northeast can be a challenge because of so many overlapping types of jurisdictions — instead of the city/county/state nexus in Texas, you also have an endless stream of boroughs, townships and villages.

"That can create issues, because the longer it takes to get a project developed, the more expensive it becomes," says Pentak.

Contrast that with the business-friendly reputation of Texas. "That's one reason it's adding 1,000 people a day," says Pentak. When that state business climate transfers to the local jurisdiction, it's icing on the cake.

"We found Sherman readily understood what it was we wanted to do," Pentak says. "It wasn't like Business 101 with them. They were very smart in the way they created the industrial park where we're located. A lot was already in place for us."