DONG Energy is ahead of schedule in Northern Europe and around the world. 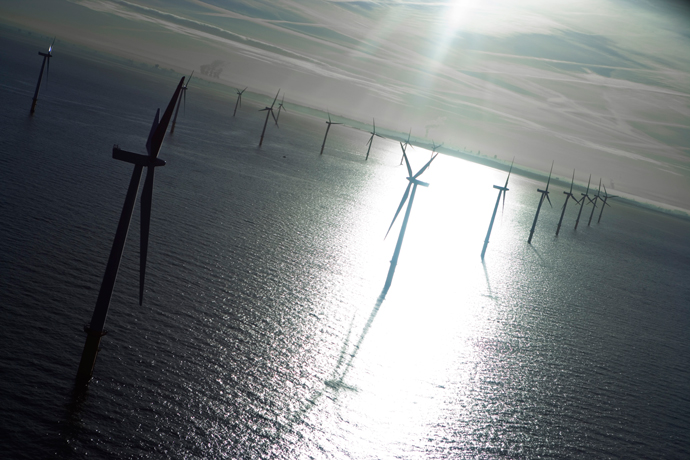 The Dong Burbo wind farm is located in the Irish Sea not far off the coast of Liverpool.
Image courtesy of DONG Energy
by Adam Bruns

The Danish firm and its 6,700 employees continue to focus on wind power projects, which received 75 percent of the company's capital spend in 2015, when DONG saw EBITDA of €2.5 billion (US$2.75 billion) on €9.5 billion in sales. The company has installed 26 percent of the globe's total capacity of offshore wind, and those turbines produced 5.8 terrawatt-hours (TWh). One terawatt-hour is equal to a sustained power of approximately 114 megawatts for a period of one year.

Among recent developments, it has divested half of the Burbo Bank Extension wind farm, located in the Irish Sea offshore from Liverpool, to Danish pension provider PKA and the LEGO Group’s parent firm KIRKBI A/S, for a combined investment of DKK 6.6 billion (US$976 million).The project, which when completed in 2017 will supply power equivalent to the annual electricity consumption of more than 230,000 households, will deploy 32 MHI Vestas V164-8.0MW turbines. 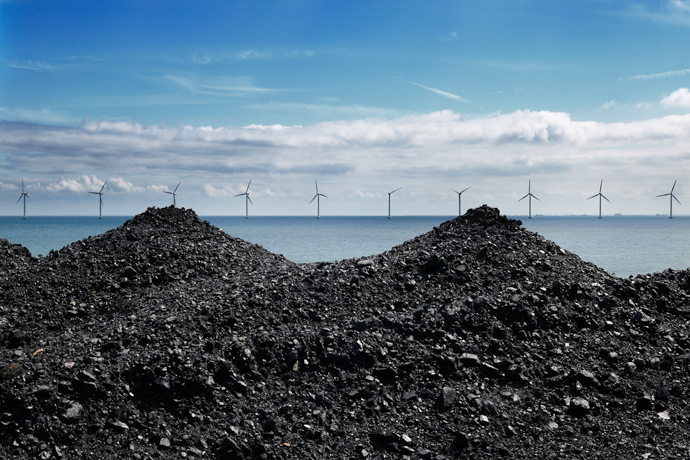 "In the spring of 2015 we blacklisted 31 coal companies, which have since lost more than 60 percent of their value," said Peter Damgaard Jensen, CEO of Danish pension provider PKA, earlier this year. "In the same period, the return on our offshore wind farms has been more than 7 percent."
Photo courtesy of DONG Energy

"This investment is another substantial step for the LEGO Group towards balancing our global energy consumption with renewable energy capacity," said Jørgen Vig Knudstorp, president and CEO of the LEGO Group, early this year. In 2012, KIRKBI A/S invested in the offshore Borkum Riffgrund 1 wind farm. Meanwhile, the investment is PKA’s fifth investment in an offshore wind farm, of which three are with DONG Energy. 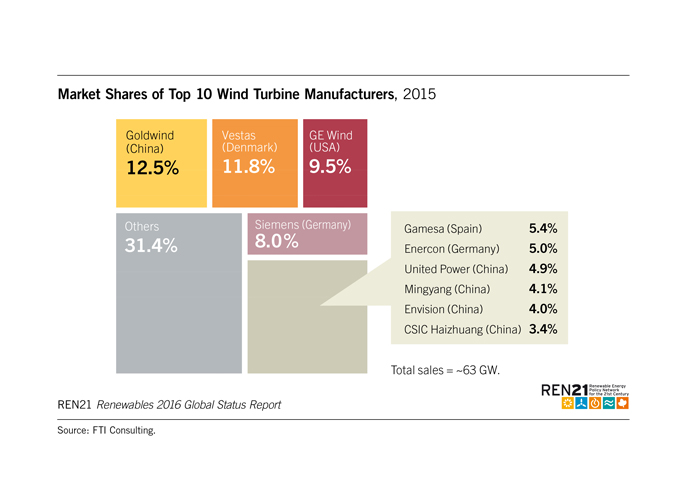 As this infographic demonstrates, Danish wind leadership is not limited to DONG Energy and its 6,700 employees. Vestas turbines constitute over 20 percent of the globally installed wind power base.
Graph courtesy of REN21 Renewables Global Status Report

"In the spring of 2015 we blacklisted 31 coal companies, which have since lost more than 60 percent of their value," he said at the announcement. "In the same period, the return on our offshore wind farms has been more than 7 percent. The first investment in a wind farm by PKA was Anholt offshore wind farm in 2011 together with DONG Energy, and today PKA has invested in five offshore wind farms. Together they will provide renewable energy to about 2 million households. We are proud to be able to provide a good return to the pension savers and at the same time make a positive difference." 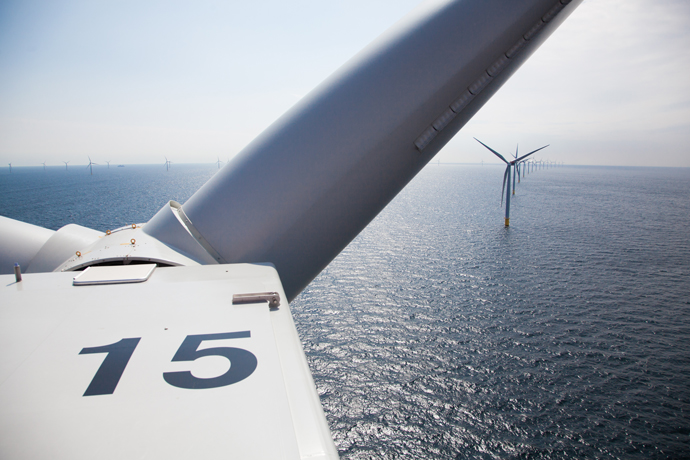 Energy's Anholt Offshore Wind Farm, located in the Kattegat in the waters between Djursland and the island of Anholt (halfway between Denmark and Sweden), is approximately 20 km. (12.4 miles) long and up to 5 km. (3.1 miles) wide.
Photo courtesy of DONG Energy

The Netherlands’ Minister of Economic Affairs has awarded DONG Energy the concession to build the Netherlands’ offshore wind farms Borssele 1 and 2, which together will represent 700 MW — enough to cover the annual power consumption of approximately 1 million Dutch households. Four years ago, DONG Energy set a 2020 cost target of reaching €100 per MWh over the life-time of a wind farm — the so-called levelized cost of electricity, including transmission costs. "This target, which was later adopted by the offshore wind industry, has now been reached," said the company, giving a nod toward the Dutch government's ambitious long-term plan for offshore wind development. The wind farms will be located 22 km. (13 miles) from the coast of the Dutch province of Zeeland. 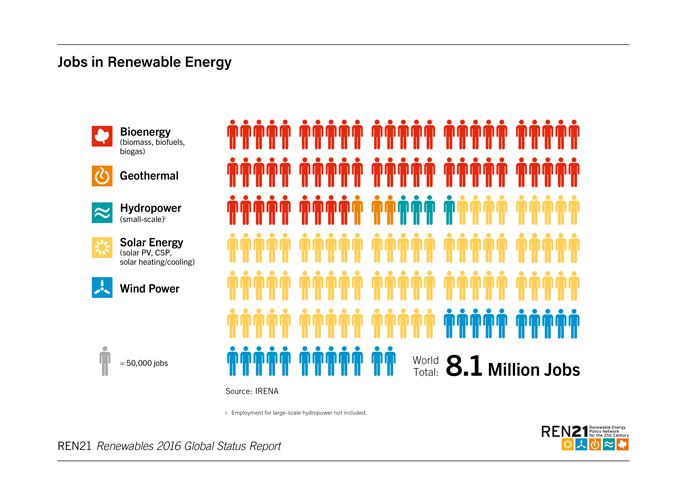 Wind holds its own when it comes to job creation in the renewables sector. Denmark's Vestas and DONG Energy together represent employment of more than 28,000 people.
Graph courtesy of REN21 Renewables Global Status Report

It's not the first goal DONG Energy has surpassed early. In June, the company announced it has decided to build the German offshore wind farm Borkum Riffgrund 2, which is expected to be fully commissioned in the first half of 2019. "With this decision, DONG Energy will reach 6.7 GW of installed offshore wind capacity, exceeding the 2020 target of 6.5 GW installed capacity," the company announced.

Borkum Riffgrund 2 will have a total export capacity of 450MW, and will feature the largest wind turbines in German waters: 56 units of MHI Vestas’ 8MW wind turbines. The power from the project will be equivalent to the annual electricity consumption of approximately 460,000 German households. The project will be located 54 km. (miles) off the coast of Lower Saxony, next to Borkum Riffgrund 1. As with the LEGO/PKA deal, and in keeping with its partnership model, the company intends to divest up to half of the project at a later stage. 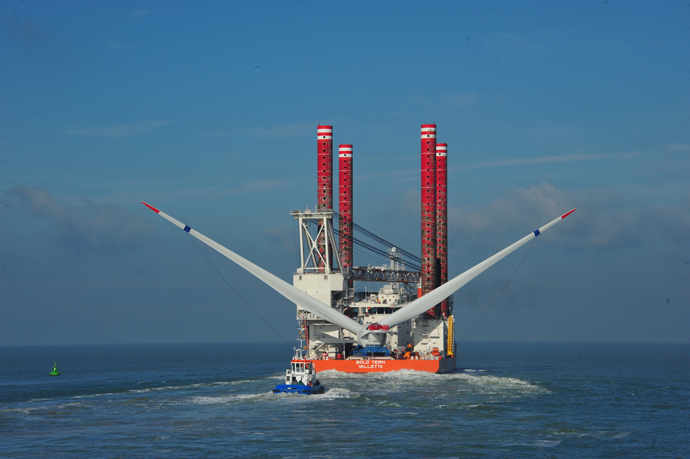 DONG Energy may have developed a quarter of the globe's offshore capacity, but that still leaves room for others. GE recently installed platforms that will support the first offshore wind farm in US waters, being built by Deepwater Wind three miles off the coast of Block Island, Rhode Island. The project will use five of these Haliade wind turbines (here shown headed to a wind farm in the North Sea), which GE acquired with Alstom last fall and manufactures at a new plant in Saint-Nazaire, France.

DONG Energy forecasts 2016 gross investments of between US$2.6 billion and $3.1 billion.