Wind has added more power generation capacity in the US in 2015 than any other source, the Energy Information Administration (EIA) reported in late March. Wind, natural gas and solar made up almost all new electric generation capacity in 2015, accounting for 41 percent, 30 percent, and 26 percent of total additions, respectively, according to preliminary data. The data also show a record amount of distributed solar photovoltaic (PV) capacity was added on rooftops throughout the country in 2015. "The trend of wind, natural gas, and solar additions making up most new capacity is likely to continue in 2016," said the EIA.

Watch for more coverage of the global renewable power sector in the July print issue of Site Selection magazine.

China's Trina Solar Ltd. in February acquired all the assets from Solland Solar, a solar cell manufacturing company with approximately 200 MW of solar cell manufacturing capacity located in Heerlen, the Netherlands. In March, Trina launched operations at its new PV module manufacturing facility in Rayong, Thailand. Annualized production capacity for modules at the facility is 500 MW (with the possibility of 600 MW depending on overseas market demand) and annualized production capacity for cells is 700 MW. "The investment in Thailand fits our strategy of prudent capacity expansion in select overseas markets to deliver industry leading products to customers in the US and Europe in particular as we strive to increase the profitability of the company," said Jifan Gao, chairman and CEO of Trina Solar.

GE Power's new white paper, Powering the Future: Leading the Digital Transformation of the Power Industry, reports that "a set of technological and macroeconomic forces is converging to trigger a deep transformation of the energy industry. The world needs more power to extend electricity access to over one billion people and to support stable growth and rising living standards for billions more."

The US Army Corps of Engineers on May 9 rejected a permit for the Gateway Pacific Terminal coal and commodity export facility in Bellingham, Washington. Project leaders claimed it would have created 1,250 permanent jobs and brought $140 million annually in economic benefits. A 31-page memo details how the project's impact on the treaty fishing rights of the Lummi tribe was, in the Corps' view, not sufficiently mitigated.

Paris-based global energy firm Total this week announced a new global partnership with British luxury sports car manufacturer Aston Martin and its Aston Martin Racing arm, becoming the “Official Lubricant and Technical Partner” of Aston Martin Racing. Total, which employs 100,000 worldwide, employs 250 researchers in the development of high-end fuels and lubricants. Its most recent investment in the division was the July 2015 opening of the world's biggest lubricant blending plant in Singapore Lube Park, where it shares tank farms with two other companies on reclaimed land. 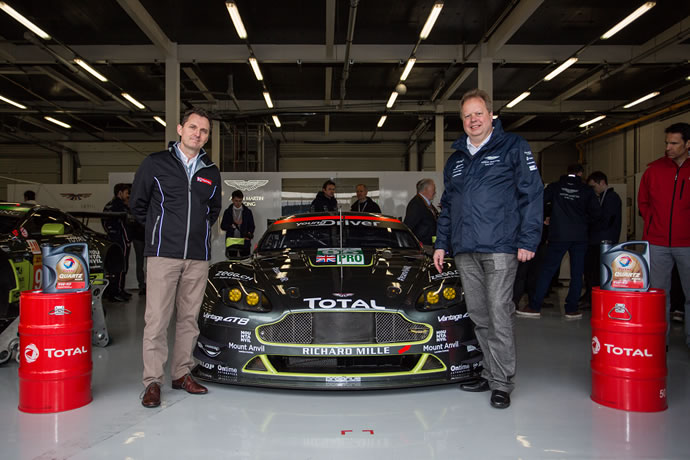 All three V8 Vantage GTE cars entered by Aston Martin Racing in this year’s World Endurance Championship (WEC) will race with Total lubricants and, for the first time outside of Formula 1, Total will provide a mobile laboratory and technical support with a dedicated engineer present at each WEC race event.

Arizona's Fluidic Energy, which makes zinc-air battery units for use in harsh or rural operating environments, announced in March an MOU with the Government of the Republic of Madagascar, represented by the Minister of Energy, H.E. Gatien Horace, and Henri Frasier Fils & Cie, the Caterpillar partner in Madagascar. "This collaboration will provide a renewable energy-based turn-key mini-grid solution to 100 remote villages and communities with more than 400,000 people who currently do not have access to reliable electricity," said the company. The village mini-grid systems deployed will utilize more than 7.5MWp of photovoltaic panels, 45MWh of Fluidic Energy Advanced Energy Storage products, connections and pre-pay billing systems. It is one of the largest off-grid rural electrification projects on the continent of Africa. In partnership with Henri Fraise Fils & Cie, Fluidic Energy also will explore the opportunity for setting up manufacturing infrastructure in Madagascar to support the project, creating jobs, stimulating economic growth and maximizing local content.

Hoosier Energy Rural Electric Cooperative, Inc. and Wabash Valley Power Association this week entered into a 20-year power purchase agreement that will add 100 megawatts (MW) of wind energy from an Indiana wind farm for the benefit of their rural electric cooperative members across the state. The agreement with EDP Renewables North America (EDPR NA) is for 100 MW from the Meadow Lake V Wind Farm, which flanks Interstate 65 in northwestern Indiana and has been in operation since 2009. Meadow Lake I, II, III, and IV currently have a total installed capacity of about 500 MW. “This agreement adds more wind resources to our 'all-of-the-above' portfolio, which includes coal, natural gas, wind, hydro, landfill methane and coalbed methane generation,” said Steve Smith, Hoosier Energy president and CEO. 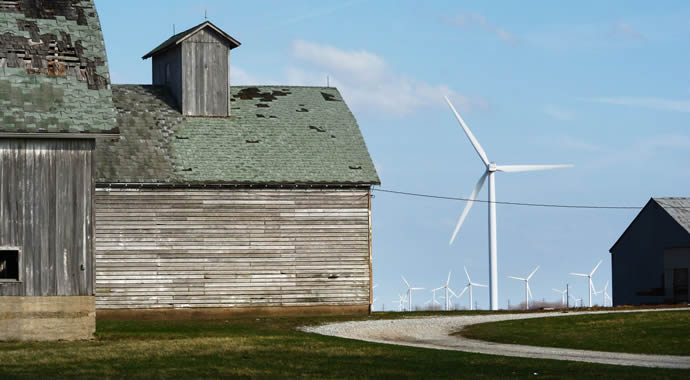 Hill International announced in late March that it has received a contract from Technipetrol Hellas S.A., an affiliate of Technip S.A., to provide project management support services in connection with construction of the Trans Adriatic Pipeline (TAP) project. TAP is the European leg of the Southern Gas Corridor (see map), a complex value chain of energy projects that links natural gas supplies from Azerbaijan to Europe. The 870-km. (540-mile) pipeline will connect to the Trans Anatolian Pipeline on the Turkish-Greek border, and will run through Greece, Albania and the Adriatic Sea before coming ashore in southern Italy. The project is expected to be completed by 2020.

Southern Company has opened a new R&D hub, a 6,000-sq.-ft. facility located at Georgia Tech's Technology Square in Atlanta. Some of the work there might be related to its emerging interest in renewables, which in late April was demonstrated by the start of construction on a new $75-million, 31-MW alternating current solar power generation facility at Marine Corps Logistics Base (MCLB) Albany. The MCLB Albany project is the fifth large-scale solar project to be built, owned and operated by Georgia Power on Georgia military bases for a total of 166 MW AC. Spanning 150 acres on the MCLB Albany base, the facility will utilize approximately 138,000 ground-mounted photovoltaic (PV) panels to deliver energy to the state's electric grid. Georgia Power recently proposed 525 MW of new renewable generation by 2019 as part of its 2016 integrated resource plan. 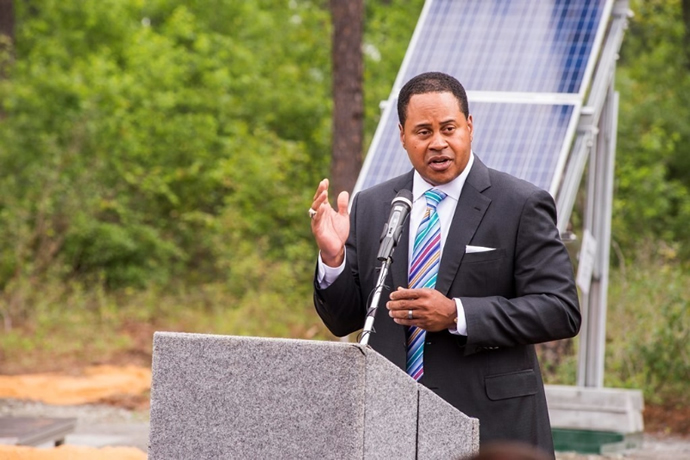 Georgia Power's Kenny Coleman speaks about the importance of solar generation and the new project at MCLB Albany to the company and customers.
Photo courtesy of PRNewsFoto/Georgia Power

Southern Co. is not alone in waking up to solar's potential. The Tennessee Valley Authority, in partnership with the Tennessee Valley Public Power Association, recently announced it is awarding 16.7 MW of carbon-free, solar capacity to four local power companies who applied through the Distributed Solar Solutions pilot:

TVA currently has more than 400 megawatts of renewable solar power under contract, that could supply enough electricity to power more than 216,000 homes.