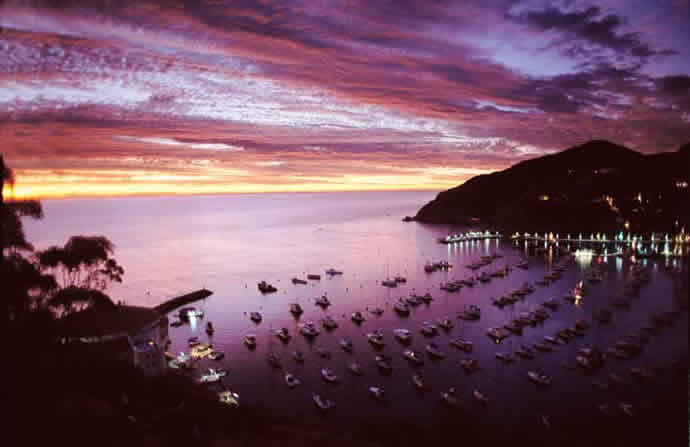 Located in the Pacific Ocean, 22 miles southwest of Los Angeles, Catalina Island, California, is in the middle of a severe drought with residents and tourists potentially facing a mandatory 50 percent cutback in water usage. To help alleviate the water shortage, Southern California Edison (SCE) is expanding its desalination plant on the island using GE's advanced desalination technology that will convert seawater into clean drinking water.
Photo courtesy of GE and Catalina Island Chamber of Commerce
By RON STARNER

If people think that the water crisis in Flint, Michigan, will wake up the industrialized world to finally solve its pressing water shortage and treatment crises, they are sorely mistaken.

We are not solving our water problems because we are not asking the right questions.

That was the consensus of a panel of experts convened at the World Forum for FDI in San Diego on April 6. Instead of asking how can we find more water, we ought to be asking these questions, the panel said:

Renowned television news anchor and media personality Ali Velshi moderated a discussion of these and other water-related issues at the Water and Energy Panel at the World Forum. Participating were Tom Ferguson, vice president of programming for Imagine H2O; Ami Gupta, executive director of applications R&D and Asia for Praxair; Mark Lambert, CEO of IDE Americas; and Bob Holt, corporate account executive for GE Power & Water. 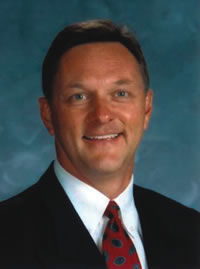 “A barrel of oil takes six to nine barrels of water to refine it. The cost of water is not part of the input equation. We don’t even measure that.”
— Mark Lambert, CEO, IDE Americas

“We live in the Water Age,” said Lambert. “California is the breadbasket of the world and requires a lot of water. We have done a very poor job of developing the water infrastructure here in the desert. We just finished developing a desalination project here in the region. Population growth is still moving to the sunny states in the South, and that is true around the planet as well. Most people live within 150 miles of the coast. The basic reality is that people need water, and water drives the world.”

The answer is technology, the panel concluded. “The water problem in the US can be solved by technology,” said Ferguson. “The issue is, 'How can you use that technology to mitigate the risks that you are going to face?' It is a way of preserving value.”

How Much is Water Worth?

The problem right now is that water itself is not properly valued, said the panel. “How do we value water? What is the embedded carbon in water?” asked Holt. “How much energy does it take to transport water to California? From an investment standpoint, how am I going to drive my investment and deliver a return on sustainability? What are the long-term benefits? We need more metrics and analytics on this. Just as we have an electricity operating system now, we will one day have a comprehensive water operating system here in California.”

Gupta agreed, noting that “it takes a lot of energy to produce and transport water. We are working to reduce the amount of energy needed to do both. We are also developing a technology to eliminate the use of water in fracking. Fracking today takes large amounts of water and fine fracking sand so that the oil that is being extracted can flow to the top under very high pressure. We are able to suspend the sand in carbon dioxide.”

“From our point of view, bringing the water industry up to where it needs to be will require changing the incentives," said Imagine H2O's Tom Ferguson. "If you can find very simple ways to remove the impediment to new technology development, there is no reason why they should be running back and forth every day to the EPA. Quite simple technologies can solve this. Let’s make the job of the regulators easy.”

The answer may lie in Israel, said the panel. “Israel recycles 80 percent of its water,” Holt said. 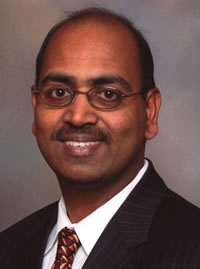 “It takes a lot of energy to produce and transport water. We are working to reduce the amount of energy needed to do both.
— Amitabh Gupta, executive director, applications R&D and Asia, Praxair

“Israel is a small state with 8 million people,” added Lambert. “They made a decision a long time ago that one national company manages all the water for the state. They seem to have figured out a way so that the value and price of water reflect their use in the economy of Israel.”

Unfortunately, that is not happening in the United States, said Lambert. “From a macro level, there is a significant difference between the price of water and the value of water. If the price more accurately reflected its real value, it would be much more expensive. It is treated like the air that we breathe — it is free.”

He added that “a barrel of oil takes six to nine barrels of water to refine it. The cost of water is not part of the input equation. We don’t even measure that.”

"The real value of water is the cost when things go wrong," said Ferguson. "Most companies have no idea what they actually spend per month on water. Flint is not going to be enough to force change. However, people are going to be much more receptive now to increases in price as long as they know they will be safe from circumstances like this.”

The Time to Act is Now

Lambert said the question is simple: “What is the price you would be willing to pay for water when you have none?”

He added that “green electrons are the wave of the future in desalination, whether it is from solar or wind or elsewhere. Innovation in how you deliver electrons to the facility will drive this in the future. Integration of power generation into the water plant will be incorporated into these developments as we move forward. You can use wastewater or waste heat from just about any facility and generate about half the power needed to run a desalination plant.”

Above all, the panel said, the time to act is now. “We only recycle and reuse about five percent of the water in California,” said Lambert. “In Singapore, it is 80 percent. We need to build more reservoirs in California, and we need to bring down the cost of producing freshwater through desalination.”

“What we don’t have is time," concluded Holt. "We have to take a holistic approach and develop an overall sustainability plan when it comes to water.”