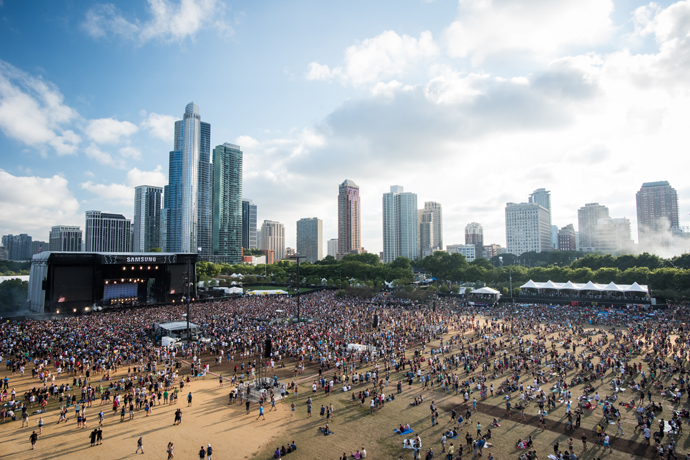 Chicago has pursued its energy reduction goals in part by passing an ordinance requiring reporting of energy use data for buildings. Energy expenditure by attendees at Lollapalooza last summer, however, went happily unmeasured and unreported.
Photo by Charles Reagan Hackleman courtesy of Lollapalooza 2016
by Adam Bruns

Mayors from 10 US cities on November 15 announced that they are joining 10 previously named cities in the City Energy Project (CEP), an effort to address energy use and climate pollution caused by buildings.

"By the year 2030, the 20 participating cities have the power to achieve significant collective impact by taking action at the local level, with the potential to save more than $1.5 billion annually in energy bills and reduce carbon pollution by more than 9.6 million metric tons, equivalent to taking 2 million cars off the road for a year," said the announcement from the CEP, a joint project of the Natural Resources Defense Council (NRDC) and the Institute for Market Transformation (IMT).

Five of the 20 cities were among the Top 10 Metros in Site Selection's annual Sustainability Rankings, published in July 2016: Boston (No. 1), Chicago (5th), Philadelphia (7th), Pittsburgh (8th) and Houston (9th).

Among the new cities' programs is Pittsburgh's pledge to reduce energy use, water consumption, and transportation emissions by 50 percent by 2030. Pittsburgh Mayor William Peduto cited the city's recently passed building benchmarking ordinance as one example of the collaboration necessary to achieve those targets. Fort Collins, aims to reduce emissions by 20 percent by 2020 and achieve carbon neutrality by 2050.

According to the City Energy Project, if US buildings were considered a nation, they would rank third in global energy consumption, using more primary energy than all major energy consuming nations except the US and China.

“This is one of those rare projects whose demonstrable benefits are commensurate with its promise,” said Rip Rapson, president and CEO of The Kresge Foundation. “Every unit of energy that isn’t consumed not only reduces greenhouse gas emissions, but also bends down the energy cost curve. By expanding the project to 20 cities, we can demonstrate with even greater force how aggressive energy efficiency measures can make a difference on both fronts.”

Atlanta and Chicago offer examples of progress, including what some may view as onerous regulation.

“The City of Atlanta’s partnership with the City Energy Project has bolstered our position as a national leader in sustainability and energy efficiency,” said Atlanta Mayor Kasim Reed. “Our work with the City Energy Project since 2014 has allowed us to expand our commitment to reducing energy and water use citywide and continue to build upon our success in reducing energy and water use not just in the City’s central business corridors through initiatives such as the Atlanta Better Buildings Challenge, but across our region as a whole.” 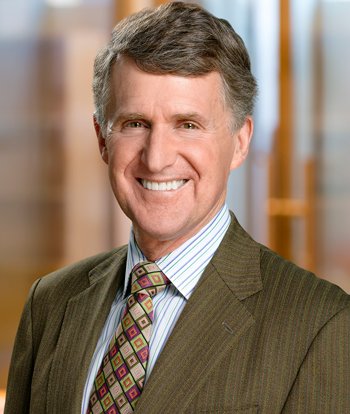 “Every unit of energy that isn’t consumed not only reduces greenhouse gas emissions, but also bends down the energy cost curve."
— Rip Rapson, President and CEO, The Kresge Foundation

According to the city's annual report, in 2015, Atlanta successfully achieved a 22-percent water savings, exceeding its 20-percent water savings goal for the program five years early; reached a total of over 100 million sq. ft. of building space committed to the challenge; and continued toward its 20 percent energy savings goal, growing its total energy savings to 15.9 percent.

The City of Chicago last December released the results of its second annual assessment of energy use in large commercial, institutional, and residential buildings throughout the city. Findings revealed that improving energy efficiency in these buildings could reduce energy use up to 24 percent, save up to $184 million in energy costs, create as many as 2,000 jobs, and cut carbon pollution equivalent to removing 306,000 cars from the road.

“By increasing awareness and transparency on building energy use, Chicago is accelerating the market for energy efficiency and uncovering opportunities to save money while reducing greenhouse gas emissions,” said Karen Weigert, then the City of Chicago’s chief sustainability officer, who has since moved on to become a senior fellow for global cities at the Chicago Council on Global Affairs.

In conjunction with its 2015 Chicago Energy Benchmarking Report and infographic, the City published information on approximately 250 of the its largest buildings on the Chicago Data Portal. The City Energy Project also partnered with Chicago to launch a new website where users can interact with this building energy performance data.