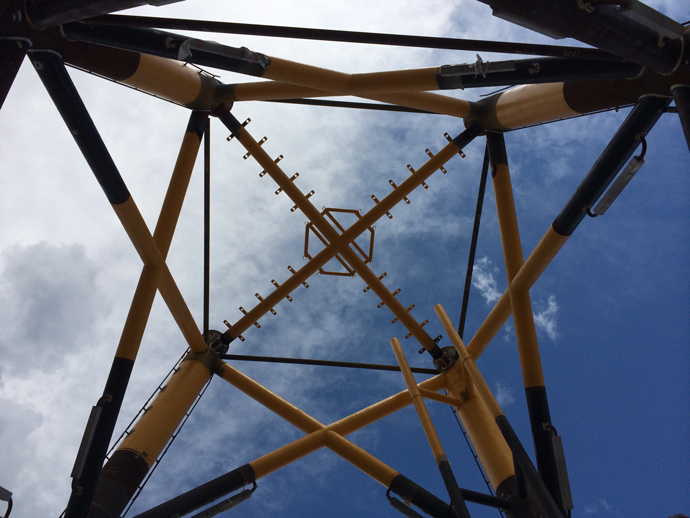 On September 9 in Boston, following the recent completion of construction on the first US offshore commercial wind farm off of Block Island, Rhode Island, US Secretary of Energy Ernest Moniz and US Secretary of the Interior Sally Jewell announced the publication of a collaborative strategic plan to continue accelerating the development of offshore wind energy in the United States.

The announcement of the report followed a tour of the Massachusetts Clean Energy Center’s Wind Technology Testing Center (WTTC), located in the Charlestown neighborhood of Boston, and designed to help the wind industry test the next generation of land-based and offshore wind turbine blades. The WTTC opened in 2011 and was funded by the Department of Energy (DOE) under the American Reinvestment and Recovery Act. 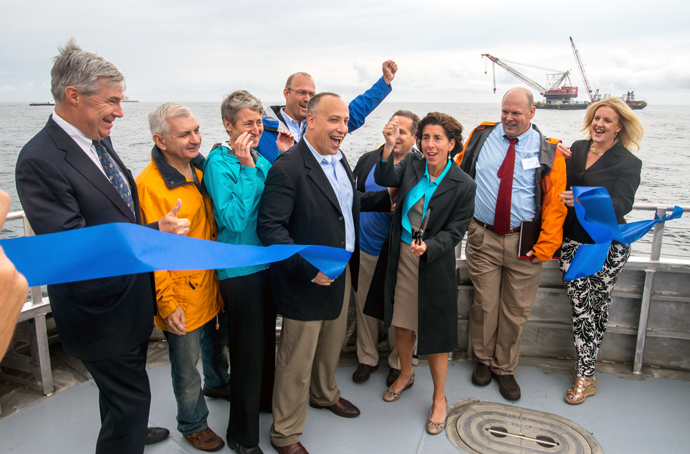 Since 2011, DOE has allocated nearly $200 million to support three offshore wind demonstration projects led by the University of Maine, New Jersey’s Fishermen’s Energy, and Ohio’s Lake Erie Energy Development Corporation, and research and development investments in technologies that specifically address the opportunities and challenges across U.S. waters. Additionally, since 2010, the Department of the Interior has issued 11 commercial leases for offshore wind development, nine of which generated approximately $16 million through competitive lease sales and covered more than 1 million acres of federal waters.

The new 30-MW wind farm on Block Island was the US Bureau of Ocean Energy Management's (BOEM) first right-of-way grant and is expected to start operating by the end of 2016. It will generate enough electricity to power 17,000 homes in New England.

"Across the country, states like Massachusetts, which just passed an energy bill that requires utilities to get 1,600 MW of their power from offshore wind by the summer of 2027, are accelerating the development of offshore wind across our nation’s coastal states," said the DOE.

“This Administration has made significant investments in clean energy technologies, supporting a diversified energy portfolio to help meet our Climate Action Plan goal of permitting 20,000 MW of renewable electricity generation on public lands and waters by 2020,” said Secretary Jewell. “Thanks to involvement by partners at all levels of government, community stakeholders, tribes and the public, we've been able to stand up the first federal offshore wind energy program in the history of the US, and we are confident the strategy we're outlining today will chart a course for additional investment in clean energy technologies that can help power America's future.”

Sandia National Laboratory worked with the University of Minnesota (UMN) St. Anthony Falls Laboratory to document and prepare UMN’s offshore version of the Virtual Wind Simulator, which will help with siting of future offshore wind farms.
Image courtesy of Sandia

The National Offshore Wind Strategy identifies key challenges facing the industry and more than 30 specific actions that DOE and DOI can take over the next five years to address those challenges. These actions fall into three strategic areas:

Not all the offshore wind activity is coastal. Four days after the release of the strategy document, an advanced modeling tool funded by the Energy Department became available to help offshore wind plant developers, wind turbine original equipment manufacturers and researchers design offshore turbine and foundation systems. Created by the University of Minnesota, the Virtual Flow Simulator (VFS-Wind) is a downloadable, open-source software tool developed to help users optimize the amount of power produced by offshore wind plants.

“VFS-Wind represents the state of the art for offshore wind plant simulation,” said Nick Johnson, Energy Department Technology Manager: Wind, Water, and Power Division. “This innovative tool pushes our capabilities for high-performance computing to provide detailed information about the dynamics between the turbine, the sea, and the atmosphere — and will allow for advancements in wind turbine and plant design.”

According to the DOE, high-fidelity computing like VFS-Wind "aligns with the Energy Department’s Atmosphere to Electrons initiative, which targets significant reductions in the cost of wind energy through an improved understanding of the complex physics governing power production by wind plants. The goal of Atmosphere to Electrons is to ensure future wind plants are sited, built, and operated in a way that produces the most cost-effective, usable electric power. 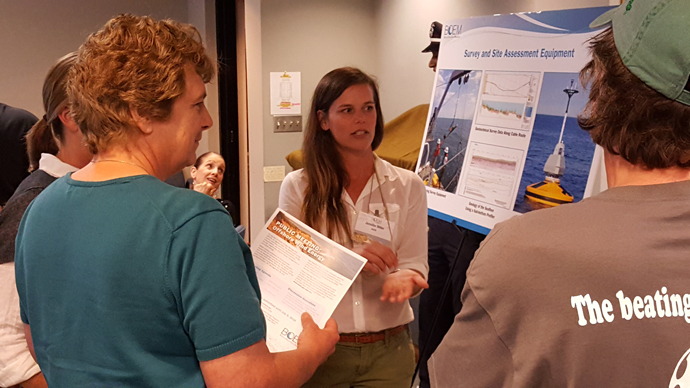