Lessons from Canadian Carbon Capture Are There for the Taking 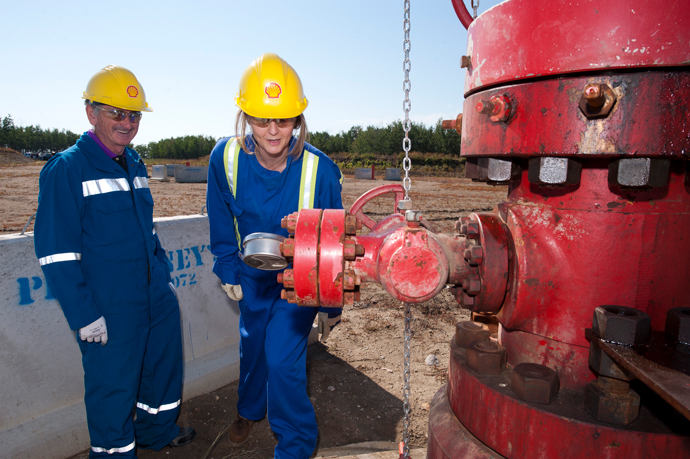 The Quest Project transports CO2 from the Scotford Upgrader, near Edmonton, Alberta, through an 80-km. (50-mile) underground pipeline to between three to eight injection wells. This photo shows Shell employees standing next to the wellhead of the first Quest CO2 injection well.
Photo courtesy of Shell
by Adam Bruns

In its first 10 months of operation, the Quest carbon capture and storage (CCS) project in Alberta has captured and safely stored one million metric tons of CO2 ahead of schedule, Shell and its partners have announced.

Quest — the first CCS project applied to oil sands operations and one of only 22 in operation or under construction worldwide — is the result of collaboration among Shell, joint venture owners Chevron Canada Limited and Marathon Oil Canada Corporation, and the governments of Alberta and Canada. Site Selection first reported on the project after visiting the site in 2011. 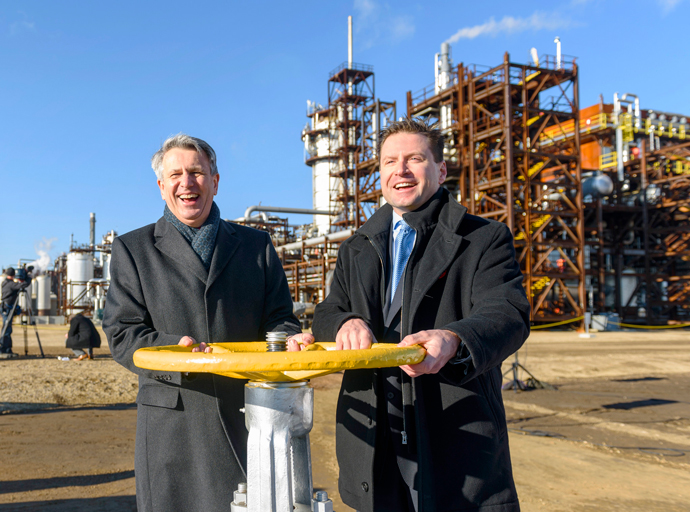 “The success we are seeing in Quest demonstrates that Canadians are at the forefront of carbon capture and storage technology, showing the world that we can develop real solutions to address climate change,” said Zoe Yujnovich, executive vice president, oil sands for Shell. “Not only is Quest capturing and storing CO2 emissions from our oil sands operations, but its technology can be applied to other industries around the world to significantly reduce their CO2 emissions.” 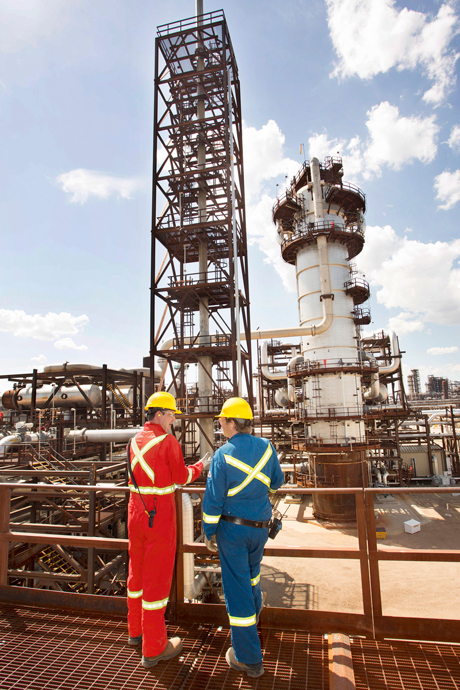 Workers survey a portion of the Quest unit at the Scotford Upgrader, near Fort Saskatchewan (northeast of Edmonton), Alberta in June 2015.
Photo courtesy of Shell

Quest was designed to capture and store about one third of the emissions from Shell’s Scotford Upgrader (near Fort Saskatchewan, Alberta), which turns oil sands bitumen into synthetic crude that can be refined into fuel and other products. One million metric tons of CO2 is equivalent to the annual emissions from about 250,000 cars.

Open Source Part of the Deal

Quest's capture technology and storage capability have helped Quest exceed its target of capturing 1 million metric tons of CO2 per year, and the subsurface geology is proving ideal for long-term, safe storage of CO2, says Shell. From the outset, any intellectual property or data generated by Quest has been publicly available, in collaboration with the governments of Alberta and Canada, to help bring down future costs of CCS and encourage wider use of the technology around the world. This means that others can take the detailed engineering plans, valued at C$100 million, to help build future CCS facilities.

“Shell and the Canadian government should ... be congratulated for sharing what they have learned from the Quest Project, as this will contribute to further cost reductions in future CCS projects,” said Global CCS Institute CEO Brad Page. 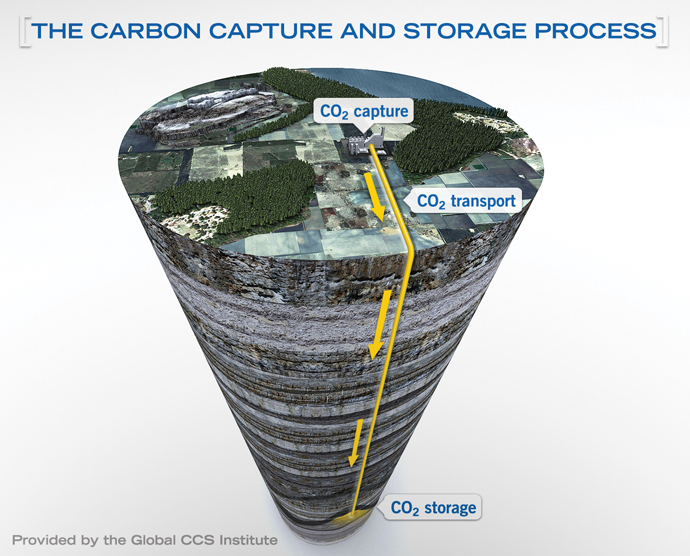 This image illustrates the scale and depth of the Quest project and others like it.

“Supportive government policy was essential in getting Quest up and running and will continue to play a vital role in developing large-scale CCS projects globally,” said Yujnovich. “Together with government, we are sharing lessons learned through Quest to help bring down future costs of CCS globally. If Quest was built again today, we estimate that it would cost 20 to 30 percent less to construct and operate, thanks to a variety of factors including capital efficiency improvements and a lower cost environment.”

One of the lessons learned has pointed to how significant cost savings could be achieved through joint transportation and storage facilities, said a Shell release. For example, another capture facility could be tied into the existing Quest pipeline for CO2 storage. Operating costs for Quest are also 30 percent less than anticipated, mainly due to lower fixed costs and energy efficiency savings.

Others from the energy sector or other sectors that might benefit from CCS (such as steel, cement and power) are free to use Quest's engineering plans, valued at C$100 million, to help build future CCS facilities. 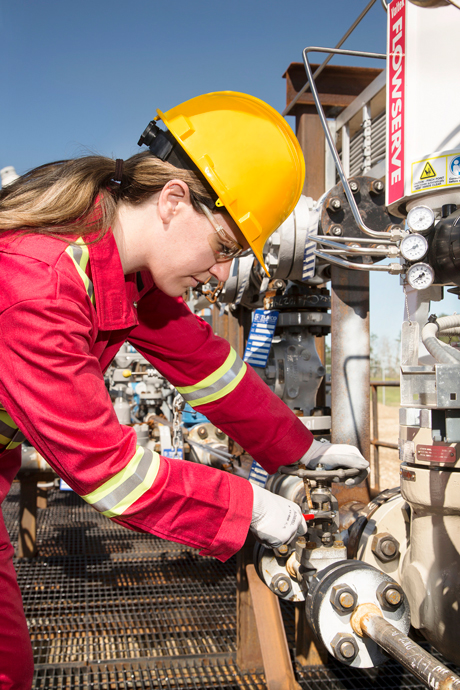 A Shell employee works in summer 2015 at a CO2 injection well that is part of the Quest Carbon Capture and Storage Project.
Photo courtesy of Shell

“Our province has a long track record of oil and gas innovation and expertise,” said Alberta Energy Minister Marg McCuaig-Boyd. “For more than 100 years, Albertans have been turning heads around the world by inventing better, safer and more responsible ways to develop our natural resources."

“The Government of Canada congratulates Shell and all partners involved in this project. This milestone further demonstrates that Canada continues to be a leader in the area of carbon capture and storage,” said the Honourable Jim Carr, Minister of Natural Resources Canada. “By pooling our efforts and sharing a vision for the future we can achieve impressive results that lead to an expanding clean energy sector, a sustainable environment and a strong economy.”

The governments of Alberta and Canada provided C$745 million and C$120 million, respectively, in funding for the project. Canada is home to four of the 40 large-scale CCS projects worldwide that are under study, under construction or in operation.