Rhodium Group, commissioned by the US Department of Energy, this week released a full report on the potential impact of climate change on the US electric power sector. The report builds on work from the multi-institutional Climate Impact Lab.

Among the intelligence spouting forth from the annual geyser of thought that is the World Economic Forum in Davos is a report on how closely tied Africa's energy gap is to the continent's economic growth over the next two decades.

Speaking at the 22nd Conference of the Parties to the United Nations Framework Convention on Climate Change (COP 22) in Marrakesh, Morocco, in November, His Excellency Saeed Mohammed Al Tayer, vice chairman of the Dubai Supreme Council of Energy and managing director and CEO of Dubai Electricity and Water Authority (DEWA), highlighted the emirate's Clean Energy Strategy 2050 and its five pillars, among them legislation, funding, building capacities and skills, and an environmentally-friendly energy mix. The infrastructure pillar includes initiatives such as the Dubai Green Zone, for companies wishing to locate R&D centers, and the Mohammed bin Rashid Al Maktoum Solar Park, the largest single-site solar park in the world. It will produce 5,000 megawatts by 2030, with a total investment of US$13.6 billion (AED 50 billion). The Dubai Clean Energy Strategy 2050 intends that 7 percent of Dubai’s total power output will come from clean energy by 2020, 25 percent by 2030 and 75 percent by 2050.

On the last day of 2016, FPL officially connected three new 74.5-MW universal solar power plants to the energy grid. This month the utility announced that it in 2017 it plans to build four more universal solar power plants this year and install several innovative solar systems in local communities. The newly completed solar plants are the FPL Babcock Ranch Solar Energy Center, the FPL Citrus Solar Energy Center and the FPL Manatee Solar Energy Center. The four new ones include sites in Alachua, Putnam and DeSoto counties that have received local approvals.

"Additional large-scale solar facilities are also in development and may be announced in the coming months, said FPL. "Clean energy helps drive economic growth in our state," said Brian Bergen, vice president of economic development for the Putnam County Chamber of Commerce. "FPL's solar energy center will provide a boost to our local economy and the solar power it generates will be a draw for companies that value clean affordable energy." For more information, visit www.FPL.com/solar. 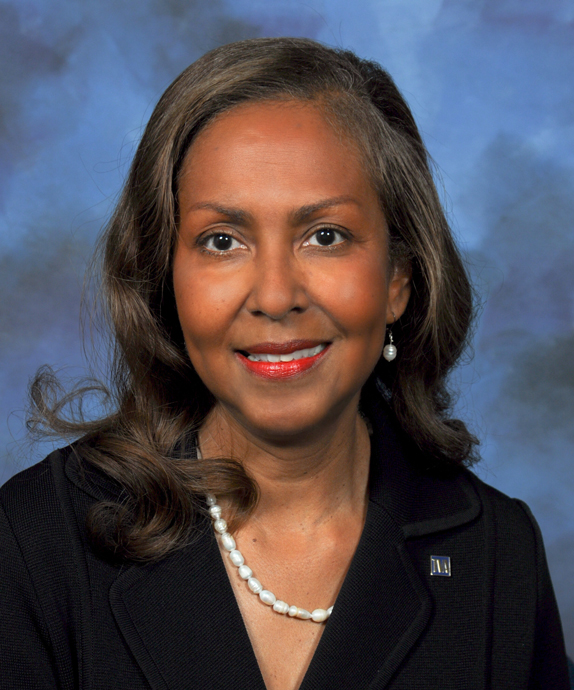 This week, the Tennessee Valley Authority board of directors unanimously elected V. Lynn Evans of Memphis, Tennessee, board chair. She is the first African-American to serve as chair in TVA’s 83-year history, and also the first female and first Memphian to chair the board. Evans owns V. Lynn Evans, CPA, a certified public accounting and consulting firm established in 1983. A native of Anguilla, Mississippi, she has chaired the board’s Audit, Risk, and Regulation Committee since 2014. She has also served on the Nuclear Oversight, People and Performance and External Relations committees.

2016 closed with the Santee Cooper and electric cooperatives power system adding 43 location announcements, $830.642 million in capital investment and 5,006 new jobs, the SC Power Team announced earlier this month. "In our efforts to engage communities and promote economic activity throughout South Carolina, we were pleased to see the Palace Foods announcement in McCormick County come to fruition," said SC Power Team President and CEO James Chavez in a release. "In 2014, SC Power Team partnered with the county using our Site Readiness Fund (SRF) to purchase the site that became home to Palace Foods. We are thrilled that our SRF initiative helped Governor Haley achieve her goal of having an announcement in every county, and finishing her governorship strong." Haley is the Trump administration's nominee for ambassador to the United Nations.

GE just signed several new contracts worth a total of $1.4 billion with the Iraqi Ministry of Electricity to add a further 2,000 MW to Iraq’s grid. The company added 700 megawatts (MW) to the country’s power-generation capacity last year alone under the country’s Power Up program. Read More.

"The expansion of LM Wind Power's Gaspé factory, which last week received financial support of almost US$5.7 million from the Government of Québec, is clear evidence of how support for green industries can create new, highly skilled and valuable employment," said the company this week in announcing a $12-million, 265-job expansion. The company called the project "a case study in how collaboration between government and industry can yield long term economic growth — especially in regions where a shortage of high value jobs and skills pervades."

Founded in 2005, LM Wind Power Canada is a subsidiary of the Danish multinational LM Wind Power, which in October was sold to GE. Originally founded in 1940 as a furniture manufacturer, LM Wind Power today has a global manufacturing footprint of 13 sites in Brazil, Canada, China, Denmark, India, Poland, Spain and the United States. As a result of this expansion project, the company will have 450 jobs in the Gaspésie-Îles de la Madeleine region by 2018. 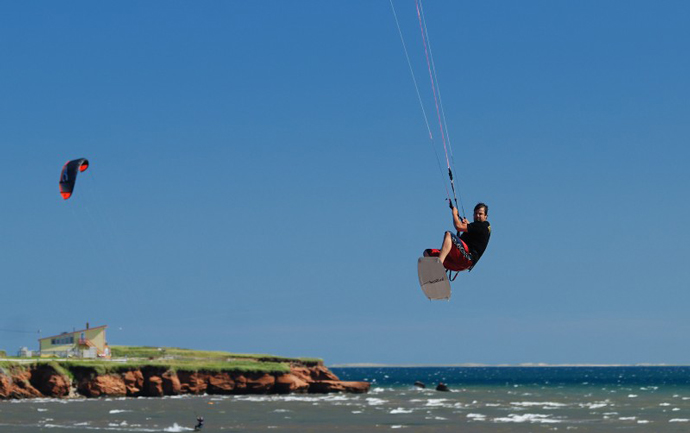 The same  wind that powers this kite surfer in the spectacular Îles  de la Madeleine region of Québec will power a growing footprint of wind power  generation in the province — one of the factors spurring a wind turbine plant  expansion from LM Wind Power in the region.
Photo by M. Bonato courtesy of Tourism Îles de la  Madeleine

The2nd Mexico Energy Infrastructure Projects Forum took place in Monterrey this week. on January 18 and 19, 2017. The event focused on the country's most crucial energy infrastructure, renewable power generation, hydrocarbons and liquids transportation industry opportunities. And it included a glance at an updated map of Mexico's national gas infrastructure.

The Writer's Almanac, via the Texas Almanac, reminded us that January 10th marked the 116th anniversary of the date the Spindletop oil well blew, ushering in the Texas oil boom and the 20th century at the same time. "Petroleum began to displace agriculture as the principal engine driving the economy of the state," says the Texas State Historical Association's Texas Almanac, "and Texans' lives were even more drastically affected than they had been by railroads."