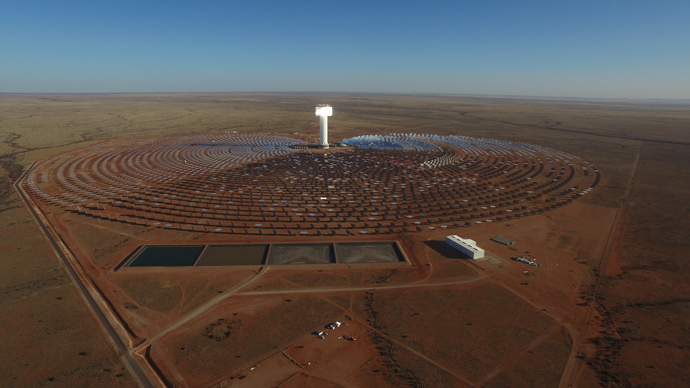 InfraAmericas, part of MergerMarket's InframationGroup operation, this week released its 2016 year in review of the US public-private partnership (P3) market. At Site Selection's request, the research organization sent further recent reports for context. While most infrastructure financings and deals have to do with transportation projects, there's ample evidence of the growing profile of P3 when it comes to energy projects too.

According to the US review, the United States continues to have the world’s largest project finance market, accounting for 236 deals, narrowly beating the UK’s 231 return for 2016. "At a deal value level the US accounted for US$79.42 billion, almost double that of the second biggest country, Australia," said the report. "The US market has increased in size every year since 2006, when just 19 deals were recorded." 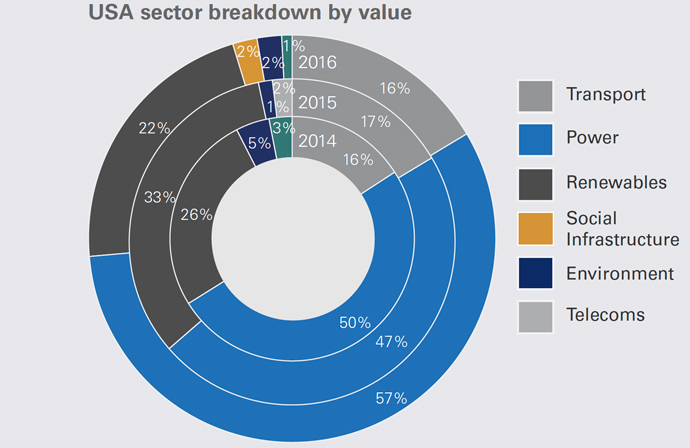 The value of energy and power PPP deals has increased in the United States.  Graph courtesy of InfraMation Group

Globally, a total of 1,439 deals closed in 2016 with a value of US$395.25 billion, vs. 1,289 deals valued at US$388.2 billion in 2015. While airport sales in London and in New York (LaGuardia) were highlights, the list of major deals also included the fall sale via long-term lease of the New South Wales electricity distribution grid to a private consortium for the equivalent of US$12 billion.

One State's Challenges, One Organization's Solutions

The most recent, and oft-quoted, infrastructure report card from the American Society of Civil Engineers gives the US a D+ for its energy infrastructure. Business Leaders for Michigan (a state that earns a comparatively superior grade of C-) published a study on the same day the Mergermarket numbers were released that delivers some ideas for how to fund and execute the infrastructure projects that need to happen now.

The study, conducted with assistance from Deloitte, looked at 15 US locations and 15 locations abroad, with the authors interviewing 30 industry experts and identifying 19 leading practices. Its findings support the findings of the Governor’s 21st Century Infrastructure Commission. Again, energy, while not a headlining infrastructure play, was part of the study's scope. 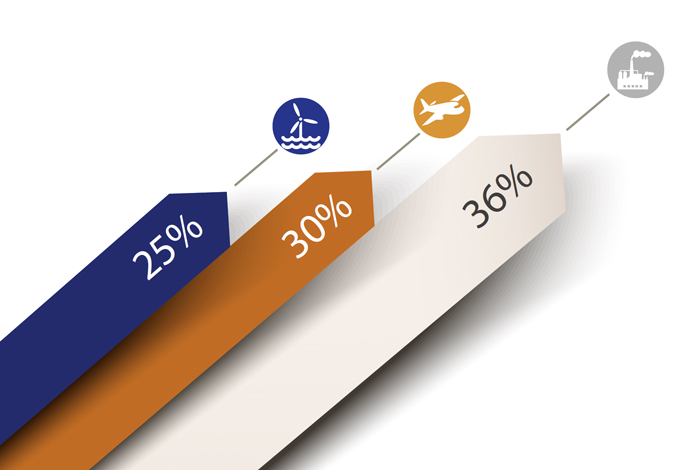 Among the major energy infrastructure projects pursued in the state over the past five years are the $2-billion Ann Arbor Solar Farm completed in 2015 and the $200-million project to replace and renovate portions of Detroit’s energy infrastructure. Among those coming in the next five years is the $144-million, 114-MW New Holland natural-gas-fired power plant.

The BLM study notes that most of the state's energy infrastructure is managed by private utilities, led by DTE and Consumers Energy. Then it names the challenges and opportunities ahead: 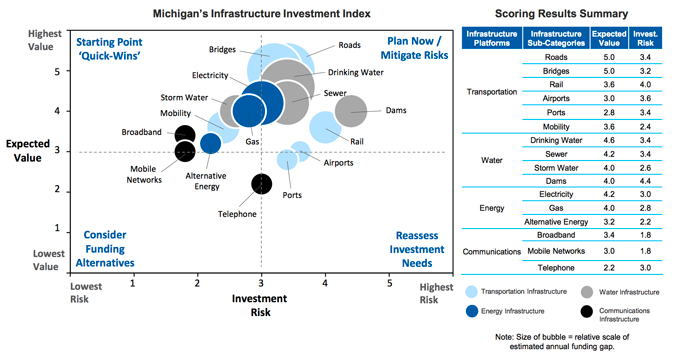 The BLM study assesses where the risks and opportunities reside for pursuing infrastructure projects in a state with an annual infrastructure funding gap of $4 billion annually.    Chart courtesy of BLM

Only a few of the identified best practices identified have case studies in the energy sector. Among them is South Africa, where through regulatory reform (allowing more private ownership of assets) a host of solar power generation capacity has sprung up. Through the South African Renewable Energy Independent Power Producers (IPP) Regulatory Reform, a total of 4,322 MW has been procured in less than four years to reduce reliance on fossil fuels and stimulate the renewable energy industry.

A total of $14 billion has been committed to renewable energy projects in South Africa over the past four years, including $3.5 billion from foreign investment and $4.6 billion in wind power. One project in particular, Abengoa's KaXu Solar One thermal solar power plant in the Northern Cape region, "is expected to result in approximately $891 million direct and indirect investment inflows & generate $516M in taxes over the next 20 years to South Africa." The 100-MW project in the town of Pofadder employed 1,000 people at peak construction, and employs 80 full-time workers now. Abengoa also is constructing the $880-million Xina One solar thermal project in South Africa, as well as the 50-MW Khi Solar One project, all under the nation's IPP program.

"IPPs stimulate the local renewable energy industry, including developers, contractors and manufacturers," says the BLM study, noting they also alleviate the administrative burden on the public sector, but remain transparent for stakeholders and investors. In its analysis, the study notes pluses and minuses of the approach. IPP partnerships are funded by large registration fees from bidders and the development fee paid by select bidders. They can involve a "long incubation time to produce research studies to create industry benchmarks for demand and pricing" and grid connection delays can cause unexpected monitoring delays.

The risks may be outweighed by the need: The state's infrastructure funding gap is approximately $4 billion a year.

“Michigan would benefit from coordinating the wide range of infrastructure improvements needed in a thoughtful, efficient manner,” BLM President & CEO Doug Rothwell said. “Michigan has largely been struggling to fund ‘fair to good’ levels of infrastructure when we should be striving to fund ‘better or best’ levels. Our plan identifies promising best practices that can be brought to scale. While infrastructure needs are a growing challenge across the U.S., there are key strategies — coordinating councils, asset management tools, and new funding mechanisms — that Michigan can use to make our infrastructure one of the nation’s finest.”

“Simply put, we must become far more strategic about our infrastructure investments,” Rothwell said. “For too long, we’ve been putting out fires. We need to lay out a comprehensive plan for fixing, maintaining and expanding our infrastructure so it supports our needs now and in the future.”