Four years ago we profiled how Astana, Kazakhstan, would host Expo 2017. The time has arrived, and a summer-long forum on energy is a big part of the proceedings. 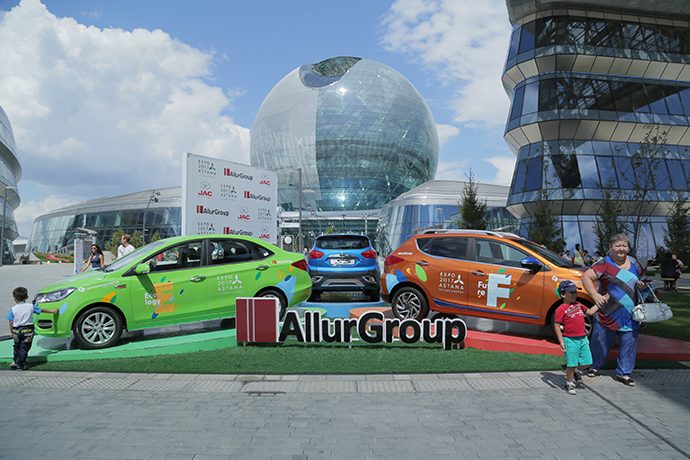 Electric cars from Allur Group are among a bevy of energy-focused exhibitions at Expo 2017 in Astana, Kazakhstan.
Photo courtesy of Astana Expo 2017

The GridWise Alliance and Clean Edge, Inc. have announced the formation of gridCONNEXT, a new industry event focused on bringing policy and business leaders together to build the next-generation grid. Scheduled for December 4-6, 2017, in Washington, D.C., the event will offer "an unparalleled opportunity for utilities, policymakers, regulators, investors, businesses, service providers, end-users, and other stakeholders to explore policies and share best practices on building a modern 21st century grid."

After severe storms and blackouts over the past two years, the South Australian government officially sought interest in grid-scale energy storage options with at least 100 MW of capacity.

Through a competitive bidding process, Tesla has been selected to provide a 100 MW/129 MWh Powerpack system (see rendering) to be paired with global renewable energy provider Neoen’s Hornsdale Wind Farm near Jamestown. Tesla is partnering with Green Mountain Power in Vermont on a similar program involving Powerpack batteries. 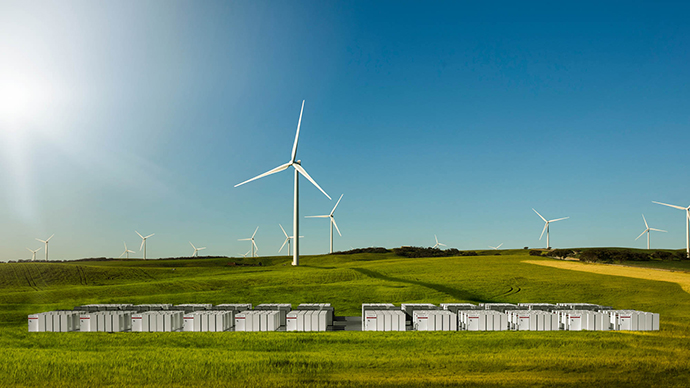 Ulster County is the only county in New York that uses 100-percent renewable resources. Ulster County installed its first photovoltaic (PV) solar array on a county-owned facility, and is embarking on a utility-scale solar project at the SUNY Ulster Community College and at the former landfill site in the Town of Ulster with the potential to ultimately generate 20 percent of the county's electricity. The US EPA ranked the county as the 26th largest green power user on their Top 30 Local Government list, which represents the 30 largest green power users among local governments in the nation. Ulster County is also the first community in the State of New York to be designated a Clean Energy Community by The New York State Energy Research and Development Authority (NYSERDA).

"Alberta’s Industrial Heartland Association believes the Sturgeon Refinery, the first to be built in Canada in three decades, will bring significant value and long-term economic benefits to Alberta and Canada," says the organization. To learn why that value measures in the billions of dollars, read this letter from Ed Gibbons, the organization's chair.

The private sector Malian power plant operator, Albatros Energie Mali (AEM), is to build a 90-MW power station in the Kayes region of the country, adding 30 percent to Mali’s effective baseload electricity capacity with the plant fueled by residual fuel oil (HFO). The €123.1-million project has the support of a €5-million 15-year term conventional loan and €3.9-million Sha’ria financing facility with a 14-year term, both from the Emerging Africa Infrastructure Fund. It is the Fund’s first project in Mali.

Readers did a double-take earlier this month when the State of Missouri announced the sudden appearance of a "one-of-a-kind solar system" in Springfield. Turns out there were no new planets. But there was "the first commercial all-in-one solar system in North America, SmartFlower," installed by local firm Sun Solar at OakStar Bank. "The SmartFlower mounts on the ground and tracks the sun as it progresses across the horizon," said a news release about the technology, dreamed up by two Austrian entrepreneurs several years ago. "Every morning, the solar panel appears to grow out of the ground into a flower shape, spends the day generating clean affordable energy, and then folds itself back up at night to clean itself in the ground." Solar jobs growth in Missouri has risen over 28 percent in the last year according to the solar jobs census conducted by the nonprofit The Solar Foundation.

The Western States Petroleum Association (WSPA) commissioned the Los Angeles County Economic Development Corporation (LAEDC) to study the economic contribution of the oil and gas industry in California. The subsequent report, published in June, found that in 2015 Kern County's oil and gas industry directly employed 33,660 and provided over $6 billion in labor income. The report estimates that the industry’s direct output of more than $111 billion generates more than $148 billion in direct economic activity, contributing 2.7 percent of the state’s GDP and supporting 368,100 total jobs in 2015, or 1.6 percent of California’s employment. Additionally, the oil and gas industry generates $26.4 billion in state and local tax revenues and $28.5 billion in sales and excise taxes.