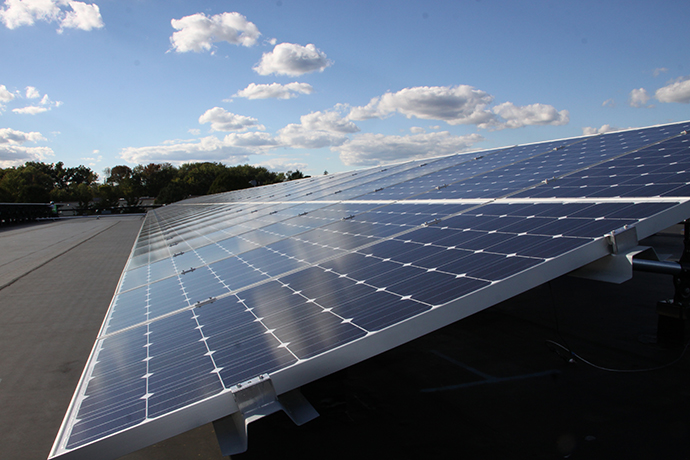 This installation in Parsippany, New Jersey, is part of a rapidly expanding arsenal of solar power at UPS facilities nationwide.
All images courtesy of UPS
by ADAM BRUNS

In late June, concurrent with the release of its 2016 Corporate Sustainability Report, UPS announced aggressive new sustainability goals to add more alternative fuel and advanced technology vehicles to its fleet while increasing its reliance on renewable energy sources.

“Because of our size and scale, we know our commitments can shape markets, advance technologies and be a catalyst for infrastructure investments,” said David Abney, UPS Chairman and CEO. “We rely on the ingenuity of our employees, suppliers and technology partners to help us reach goals that will transform the shipping industry and spur innovation.”

UPS has a goal that 25 percent of the electricity it consumes will come from renewable energy sources by 2025, a dramatic increase from the 0.2 percent in 2016. In addition, by 2020 UPS plans that one in four new vehicles purchased annually will be an alternative fuel or advanced technology vehicle, up from 16 percent in 2016. The company also set a new goal that by 2025, 40 percent of all ground fuel will be from sources other than conventional gasoline and diesel, an increase from 19.6 percent in 2016. The goals support UPS’s commitment to reduce its absolute greenhouse gas (GHG) emissions from global ground operations by 12 percent by 2025, a goal developed using a methodology approved by the Science Based Targets initiative.

A partnership between CDP, WRI, WWF and the UN Global Compact, the Science Based Targets initiative works with companies to set ambitious emission reduction targets. Businesses who commit have two years to set science-based targets, which are then closely reviewed by the initiative’s team of experts, who only approve those that meet strict criteria. The initiative’s overall aim is that by 2020, science-based target setting will become standard business practice and corporations will play a major role in driving down global GHG emissions. 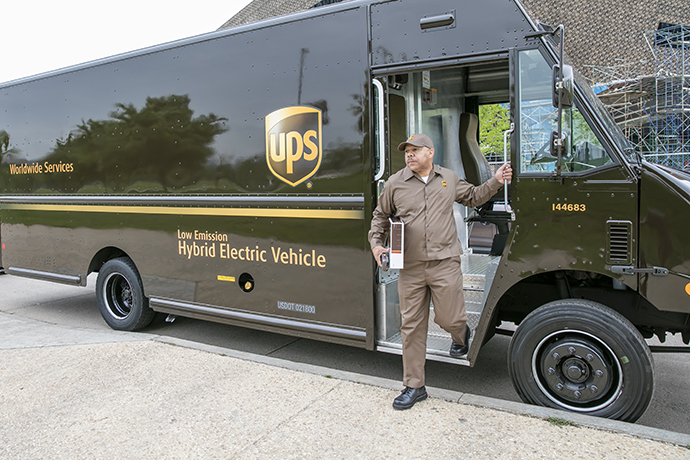 A Prius is one thing, a hybrid UPS delivery truck quite another. The company operates nearly 500 of them in its fleet.

In November 2016, 18 months after its launch, the initiative announced that 200 companies already had committed to set emissions reduction targets consistent with the global effort to keep temperatures well below the 2-degree threshold. Those companies represent an estimated $4.8 trillion in market value, hail from 33 countries and wide range of sectors, and include Coca-Cola Enterprises, Dell, Walmart, General Mills, Diageo, Kellogg, NRG Energy, Procter & Gamble, Sony, Thalys, HSBC Holdings, Cisco Systems and Metsä Board Corporation.

"These initiatives reinforce the company’s commitment to reducing its environmental impact despite growth in e-commerce deliveries," said the company, "which are driving up energy used to operate facilities and power its vehicle fleet.

"The UPS vision entails a future smart logistics network of advanced technology vehicles and facilities powered by more diverse and sustainable energy sources, including on-site solar, off-site wind, renewable natural gas, renewable hydrogen, and renewable diesel delivered via advanced energy system infrastructure. UPS already deploys many of these technologies in its ground fleet and facilities, and plans to significantly increase their use in its worldwide fleet."

In May, UPS announced it will deploy a prototype extended-range Fuel Cell Electric Vehicle (FCEV) in its "Rolling Laboratory" fleet. The company is working with the U.S. Department of Energy (DOE) and other partners to design a first-of-its-kind, zero tailpipe emissions, Class 6 medium-duty delivery truck that meets the same route and range requirements of UPS’s existing conventional fuel vehicles. The DOE awarded UPS, the Center for Transportation and the Environment, Unique Electric Solutions LLC and the University of Texas’ Center for Electromechanics a grant for the project in 2013.

As might be expected, the progressive solution is being first deployed in a progressive territory: California, where UPS will test the vehicle in Sacramento starting during the third quarter of 2017. 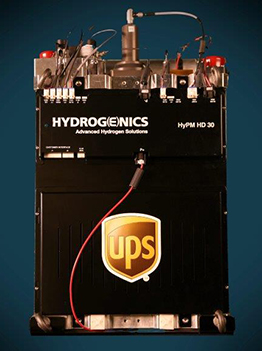 Each Fuel Cell Electric Vehicle (FCEV) is equipped with a 32kW fuel cell coupled to 45kWh of battery storage and 10kg of hydrogen fuel.

"Current project plans call for additional UPS trucks to be validated with at least 5,000 hours of in-service operational performance," said the company. "All of the trucks will be deployed in California due to that state’s ongoing investment in zero tailpipe emissions transportation and installment of hydrogen fueling stations around the state."

Each FCEV produces electricity which continuously charges the batteries, thereby providing additional power and an extended range of 125 miles.

As for the facility side of things, early this year UPS announced plans to significantly escalate its investment in solar energy as an owner/operator of solar assets, starting with at least eight of its facilities in the US. The installations will be completed by the end of 2017. The estimated $18 million investment will provide a nearly five-fold increase in the amount of power generated from solar at UPS facilities (the company operates more than 2,580 facilities worldwide).

The completion of the projects will expand UPS’s owned solar power generating capacity by almost 10 megawatts. UPS will purchase over 26,000 solar panels during the expansion. Once installed, each building will effectively depend on the sun to produce 50 percent of the facility's daily energy use.

“Solar technology is a proven way to effectively and efficiently provide long-term power to our facilities,” said Bill Moir, the company's director of facilities procurement. “We have a significant number of facilities that are well positioned to deploy solar at scale and increase our sustainable energy options for our buildings and electric vehicles.” 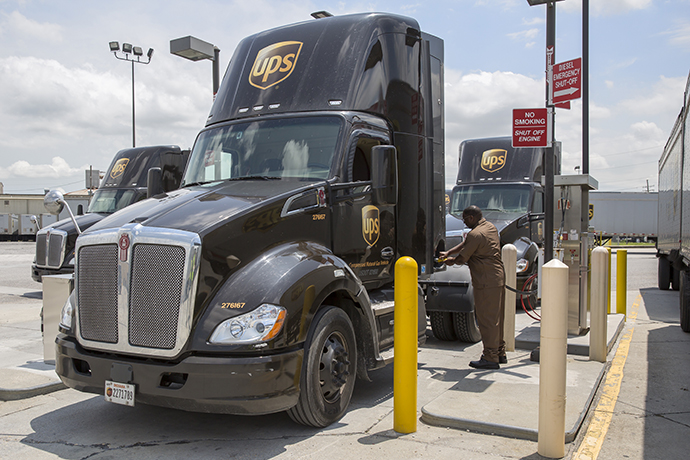 Compressed natural gas (CNG) is among the alternative fuels that are part of the UPS "Rolling Laboratory. The company's CNG network includes 1,358 tractor-trailers, 1,795 delivery trucks and 31 fueling locations in the US; and 76 trucks in Germany, the Netherlands and Thailand.