Is energy storage a global opportunity? The folks in the UK at Energy Storage News sure seem to think so, and their reports and news capture a unique slice of innovation happening around the world.

Romeo Power , which designs and manufactures electric vehicle battery packs, has expanded its manufacturing capabilities just outside of Los Angeles in a new 113,000-sq.-ft. facility in Vernon, California. The company, whose co-founder and chief technology officer has a pedigree that includes time at Faraday Future and SpaceX, says the expansion supports the electric vehicle market as major auto manufacturers are introducing over 50 new electric vehicle models by 2020. The expansion also creates jobs in Southern California as the company is hiring an additional 200 manufacturing personnel in 2017. In all, Romeo Power expects to be at 1 GWh of capacity by the end of 2017 on a single shift and quadruple its capacity in 2018 and then double again by the end of 2019.

Minnesota Lieutenant Governor Tina has announced a new bipartisan effort to increase Minnesota’s Renewable Energy Standard from 25 percent by 2025 to 50 percent by 2030.
“Ten years ago, Minnesota enacted the bipartisan Next Generation Energy Act and proved that we can have affordable, reliable, and clean energy,” said Smith. “Today, because of bipartisan leadership and a sustained effort, more than 21 percent of Minnesota's electricity comes from renewable sources. If we redouble our efforts, and raise Minnesota’s Renewable Energy Standard to 50 percent by 2030, we will improve air quality, continue to drive down the cost of renewable energy, and generate thousands of new energy jobs.” The legislative proposal is part of a wave of plans Governor Mark Dayton calls An Opportunity Agenda for a Better Minnesota.

The World Bank, in partnership with the International Solar Alliance (ISA), launched the Global Solar Atlas, a free, web-based tool to help investors and policymakers identify potential sites for solar power generation virtually anywhere in the world, at the click of a button. The tool also provides access to high-resolution global and regional maps and geographic information system (GIS) data, enabling users to print poster maps and utilize the data in other applications. 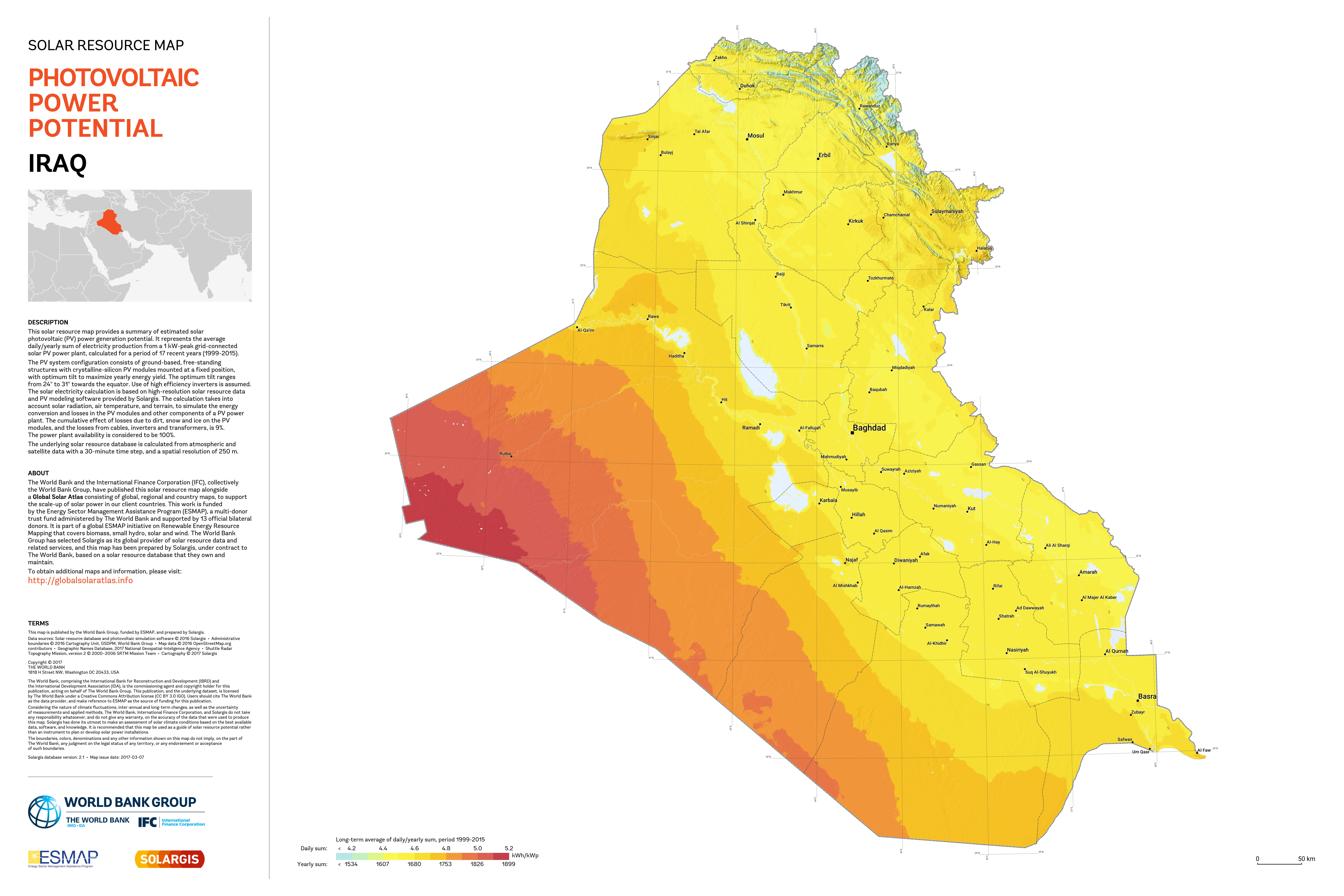 Ever wonder about the solar energy  potential in Iraq? The new Global Solar Atlas lets you download full-size  poster maps of any world region or country.Click here to read the report.
Image courtesy of Global Solar Atlas

Platts RigData, a forecasting and analytics unit of S&P Global Platts, recently announced the US rig count for February 2017 was 834, up 61 (8 percent) from January 2017, and up 245 (42 percent) from February 2016. The count includes onshore, inland waters and offshore Gulf of Mexico drilling rigs. Of the 834 total rigs, 398 of them were in Texas.

Last month in Milwaukee, the Midwest Energy Research Consortium (M-WERC) and The Water Council released a first-of-its kind Energy-Water Nexus (EWN) Roadmap report focused on the interdependency between energy and water and on opportunities for the Midwest region in that arena.

Maryland could gain more than 68,000 new jobs and $3.75 billion in new gross domestic product as a result of investments to be made over the next 10 years through the EmPOWER Maryland energy efficiency program, according to a new study from the American Council for an Energy-Efficient Economy (ACEEE). The study comes as the Maryland General Assembly debates bipartisan legislation to extend EmPOWER Maryland and establish new statewide energy efficiency goals.

Duke Energy Renewables has completed the 200-MW Frontier Windpower Project in Oklahoma. It increases Duke Energy Renewables' US wind capacity to 2,300 MW.
"We had several 'firsts' with the Frontier project," said Rob Caldwell, president, Duke Energy Renewables and Distributed Energy Technology. "It was our first wind project in Oklahoma, and it was the first time Vestas' extra-large 126-meter rotors were deployed in the US. We also formed a unique partnership with Blackwell Industrial Authority for our operations and maintenance building. A project of this scale was made possible by the overwhelming support of the community, landowners, vendors and our customer, City Utilities." City Utilities of Springfield, Missouri, is purchasing the power from the Frontier Windpower Project under a 22-year agreement. 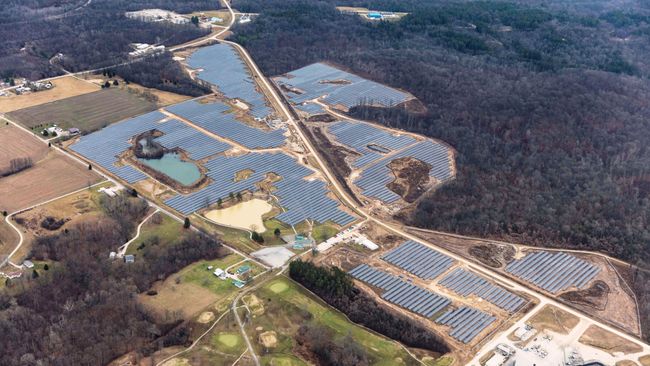 President Jimmy Carter has leased 10 acres of his family farm to Georgia-based SolAmerica Energy, which has installed a 1.3-MW solar power station.

“We are honored to work with President Carter and his family on this project in Plains, as President Carter’s leadership on renewable energy matters is well-known and much appreciated in our industry,” said SolAmerica Executive Vice President (and Georgia Conservancy Trustee) George Mori. “There remains a great deal of untapped potential in renewable energy in Georgia and elsewhere in the US. We believe distributed solar projects like the Plains project will play a big role in fueling the energy needs of generations to come.”