Money Where Your Mouth Is

Stanford University is cutting-edge in energy practices as well as R&D. 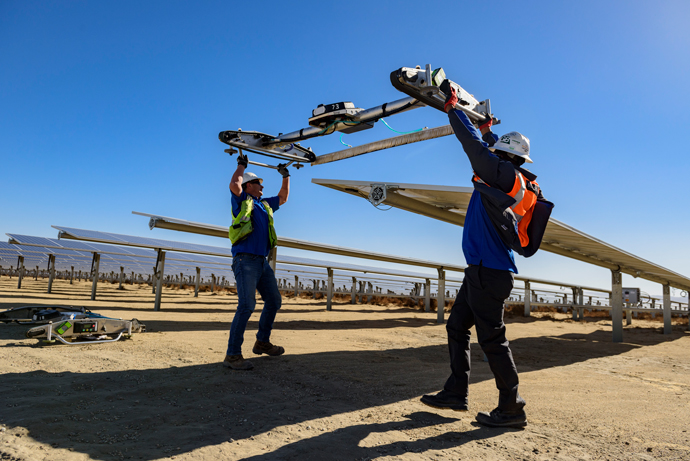 Stanford’s solar array uses robots to clean the panels, which can increase the efficiency of the energy harvest by up to 15 percent.
Photos by L.A. Cicero courtesy of Stanford
by ADAM BRUNS

It starts with the campus's own operations, showcased at the Stanford Energy Center, designed by ZGF. The Stanford Energy System Innovations (SESI) program, based on advanced heat recovery and grid-sourced power, reduces campus greenhouse gas emissions by 68 percent and decreases potable water use by 18 percent. The implementation of the system involved replacing 22 miles of pipes and retrofitting 155 buildings to recycle waste heat. Energy retrofits save more than 48 million kilowatt-hours of electricity per year—about 23 percent of the university’s annual electricity consumption.

In February, the school announced that Chemistry Professor Hongjie Dai and doctoral candidate Michael Angell had developed a battery made from urea, the prime ingredient in plant fertilizers. 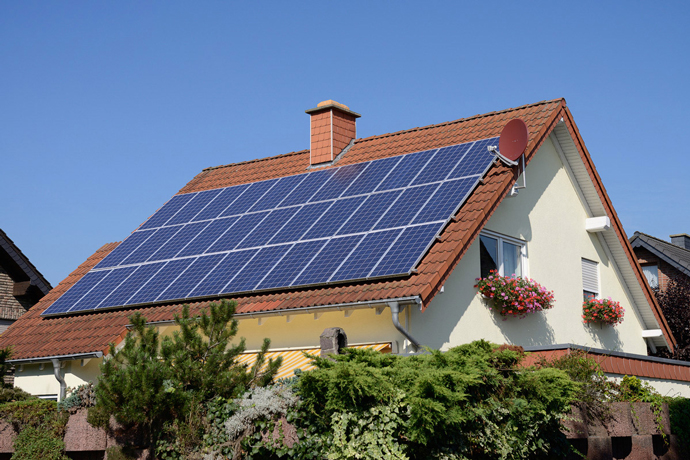 SunPower, founded by a Stanford alum, partners with Stanford on its on-campus rooftop solar systems, as well as on the Stanford Solar Generating Station.

"In 2015, Dai’s lab was the first to make a rechargeable aluminum battery," Stanford announced. "This system charged in less than a minute and lasted thousands of charge-discharge cycles. The lab collaborated with Taiwan’s Industrial Technology Research Institute (ITRI) to power a motorbike with this older version, earning Dai’s group and ITRI a 2016 R&D 100 Award. However, that version of the battery had one major drawback: it involved an expensive electrolyte.

"The newest version includes a urea-based electrolyte and is about 100 times cheaper than the 2015 model, with higher efficiency and a charging time of 45 minutes. It’s the first time urea has been used in a battery. According to Dai, the cost difference between the two batteries is “'like night and day.' ”

The cheap-to-produce, urea-based aluminum-ion battery could prove very useful in solving the grid storage problem, as in the lab the battery can go through about 1,500 charge cycles with a 45-minute charging time. “With this battery, the dream is for solar energy to be stored in every building and every home,” Dai said.

Out Here In the Field

You don't have to go far to find where Stanford's generating the solar energy to practice storing. In December, the school celebrated the opening of the Stanford Solar Generating Station in Kern County, California. The 67-MW station, — comprising 155,000 solar panels — will provide 53 percent of Stanford’s electricity, and is the last major piece of the SESI system. For the project, Stanford teamed up with SunPower, a solar energy company founded by Richard Swanson, an alumnus from the class of ’74, which designed and built the plant in the Mojave Desert. In addition to advanced bicycle, EV and free bus transportation systems, 65 percent of Stanford's electricity comes from renewable resources.

“SunPower is proud to partner with Stanford on its on-campus rooftop solar systems, as well as Stanford Solar Generating Station," said Tom Werner, SunPower CEO and president. "The SSGS helps the university meet its bold renewable energy goals without requiring use of any on-campus land, an innovative approach that offers the benefits of large-scale solar regardless of space constraints.”

Another system developed by Thomas Jaramillo, an associate professor of chemical engineering and of photon science, and James Harris, a professor of electrical engineering, uses water as the battery. And the chain just continues from there: Water — seawater, to be specific — is also the source of a discovery announced in February: Trace amounts of uranium, if they could be extracted economically, could help territories capitalize on the promise of nuclear energy even without having their own uranium mines. 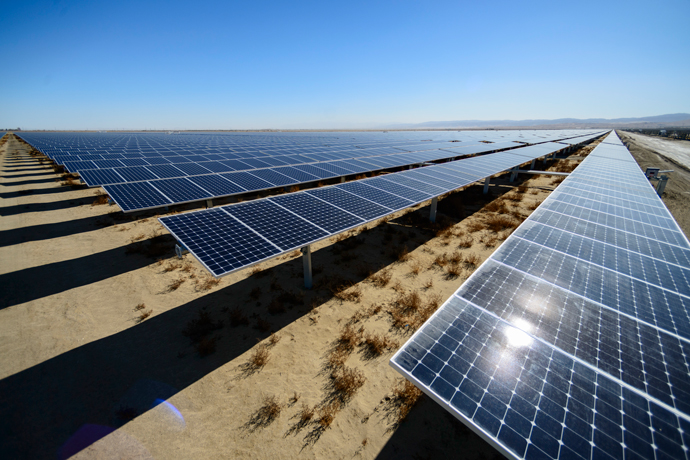 “Concentrations are tiny, on the order of a single grain of salt dissolved in a liter of water,” said Yi Cui, a materials scientist and co-author of a paper in Nature Energy. “But the oceans are so vast that if we can extract these trace amounts cost effectively, the supply would be endless.”

“We need nuclear power as a bridge toward a post-fossil-fuel future,” said Professor Steven Chu, a Nobel Prize-winning physicist and co-author of an article in Nature Energy about the process. “Seawater extraction gives countries that don’t have land-based uranium the security that comes from knowing they’ll have the raw material to meet their energy needs.”

If that name sounds familiar, Chu is indeed the same man who recently served as U.S. secretary of energy. He's now the William R. Kenan Jr. Professor and professor of physics and of molecular and cellular physiology; he is a member of the Stanford Neurosciences Institute.