The Bonneville Power Administration announced on May 18 that it will not build the I-5 Corridor Reinforcement Project, a proposed 80-mile, 500-kilovolt transmission line that would have stretched from Castle Rock, Washington, to Troutdale, Oregon. The decision, announced today by Administrator Elliot Mainzer, "reflects BPA’s commitment to taking a more flexible, scalable, and economically and operationally efficient approach to managing its transmission system." The project, first announced in 2009, sought to address a reliability issue along a transmission corridor in southwest Washington and northwest Oregon that could lead to power outages. “The scope, impact and increasing budget for this project became the catalyst for pushing us to reconsider our existing analytical processes, our commercial business practices and our implementation of federal reliability standards," said Mainzer. "The outcome is much bigger than a decision to build or not build this line: We are transforming how we plan for and manage our transmission system and commercial business practices region-wide.”

In March, GE Oil & Gas opened a customer support facility for deepwater offshore projects in Takoradi Port, Ghana. On May 31, the proposed merger of GE Oil & Gas and Baker Hughes received approval from the European Commission.

The recently announced insolvency of Europe's largest solar manufacturer, SolarWorld, has been described by EU ProSun as a heavy blow to both the German and European solar industries. EU ProSun represents 30 manufacturers and hundreds of installers of solar cells and modules in Europe. "For the past five years, we have highlighted the massive dumping by Chinese solar producers in the EU," said Milan Nitzschke, president of EU ProSun. "We have seen more than 100 insolvencies and factory closures in the European solar manufacturing industry. Anti-dumping measures introduced in 2013 have only been half-heartedly enforced for a long time, allowing further damage to the domestic industry. This situation is due to massive overcapacity in China and state-funded price dumping. Chinese state-owned banks have invested more than €100 billion in manufacturing capacities — more than 1.3 times the world’s total demand. In a market economy, this would be irrational. But China is focused on winning dominance in one of the world’s most important future-oriented industries, at any cost." 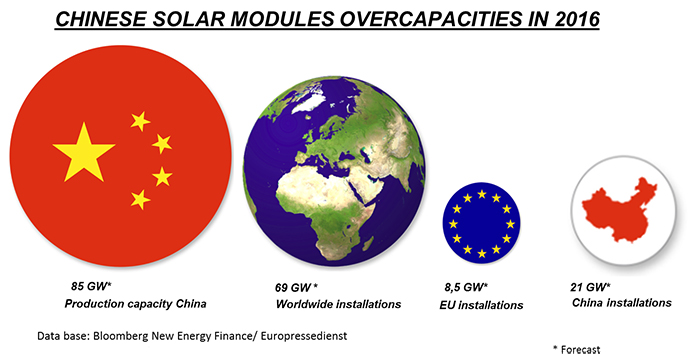 Dallas-based Tri Global Energy, a leading U.S. originator and developer of utility-scale wind energy projects, in early May announced the initial phase of 197.6 megawatts (MW) of the Bearkat Wind Energy Project (Bearkat) has reached financial close and begun construction in Glasscock County, Texas. Encompassing 30,000 leased acres of privately owned farm and ranch land, Bearkat is now owned by a fund managed by Copenhagen Infrastructure Partners (CIP), based in Denmark. Tri Global Energy developed Bearkat using its proprietary business model, the Wind Force Plan, which allows local landowners and community investors the opportunity to partner with and have a substantial ownership in the wind project development that leased their land.

A new book by researchers at the Institute for Energy and the Environment (IEE) at Vermont Law School examines policy issues and technological challenges facing the electric battery in significantly reducing humanity’s collective carbon footprint. “The Electric Battery: Charging Forward to a Low-Carbon Future” (Praeger, April 2017) enables the reader to evaluate the potential for electric storage batteries to become as mainstream as petroleum-product-fueled infrastructure and vehicles.

The infographic below from Statista shows China is leading the way in terms of outright spend on renewable energy R&D, with almost $2 billion invested last year. 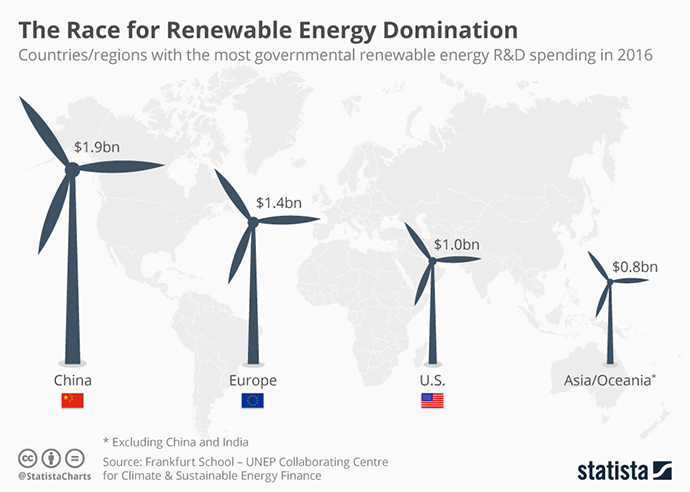 USAA Real Estate Company in April was named a 2017 ENERGY STAR Partner of the Year – Sustained Excellence Award winner for its continued leadership in protecting the environment through superior energy efficiency achievements. "We are honored to receive the prestigious ENERGY STAR Partner of the Year – Sustained Excellence Award for the 15th consecutive year," said Len O'Donnell, CEO of USAA Real Estate Company. Last year, USAA RealCo earned 29 new ENERGY STAR labels. The company's various funds have also been separately recognized, with three of them receiving "Green Stars" from the Global Real Estate Sustainability Benchmark and rankings in the top 10 for sustainability achievement in their individual categories. In 2015 alone, ENERGY STAR and its partners saved American businesses and consumers 503 billion kilowatt hours and $34 billion dollars on their energy bills, while achieving broad emission reductions.

For a complete list of 2017 winners and more information about ENERGY STAR's awards program, visit www.energystar.gov/awardwinners.

The Guardian examines why solar rooftops are booming in New York but not in Florida.

The Tennessee Valley Authority, in partnership with the Tennessee Valley Public Power Association, has awarded 10 megawatts of solar capacity to seven local power companies who applied through TVA’s Distributed Solar Solutions pilot program. Once completed, these projects will generate enough solar energy to power more than 900 average homes. DSS is a pilot program that encourages local power companies and solar developers to work together to create renewable energy projects at the community level.

TVA also is adding more solar to its generation portfolio with the construction of a solar facility at the Allen combined cycle gas site in Memphis. The $1.3-million 1-MW facility featuring 3,000 panels will be the largest TVA-owned solar project in its service area. Construction (pictured) is under way and the plant should be producing power by September. TVA expects to invest about $8 billion to support its renewables portfolio over the next 20 years. 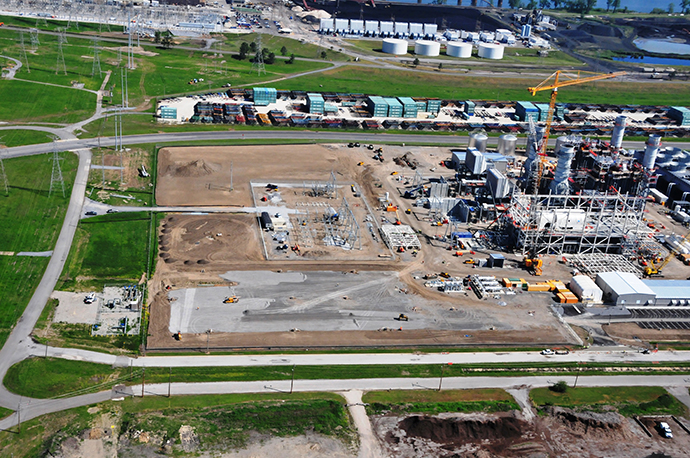 Rye Development announced in early April the receipt of a hydropower license from the Federal Energy Regulatory Commission (FERC) for the Allegheny 2 Hydroelectric Project, a 17-MW facility, which will be located on the Allegheny No. 2 Lock and Dam owned by the US Army Corps of Engineers in western Pennsylvania. Rye Development and Riverfront 47 said their innovative partnership was designed to combine the residential/mixed use development with a local and reliable source of clean, renewable energy. The low-profile powerhouse planned for the Allegheny 2 project will generate enough energy to power over 8,500 homes with clean, renewable energy for generations to come. This local investment of over $60 million will create 150-200 jobs during construction, operations and maintenance. Construction is expected to commence in 2018 and be completed, with the facility online, in 2020.

Mark Minnerly, director of real estate at The Mosites Company, said: "We are building a coalition of stakeholders to jointly control this 66-acrea area of waterfront. With Rye Development joining this effort, along with entities including Riverfront 47, the municipalities and Aspinwall Riverfront Park, we will have an excellent opportunity to make this riverfront industrial reclamation into one of the greenest and sustainable waterfront districts of its kind."