Did You Remember Batteries?

A Nordic venture with powerful backing aims to help power an electrified Europe with a multibillion-dollar battery plant in Swedish Lapland.

The lithium-ion battery manufacturing complex in Skellefteå is expected to employ up to 2,500 and receive a construction investment north of US$4.7 billion.
Rendering courtesy of Northvolt
by ADAM BRUNS 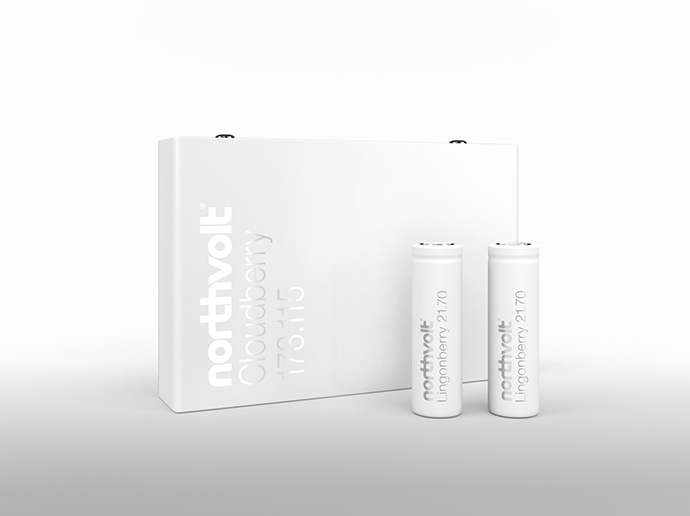 A process that launched last March in Sweden with major companies and institutions backing it up is now moving toward a new lithium-ion battery manufacturing plant that could employ as many as 2,500 people and receive investment of over €4 billion (US$4.7 billion).

And that's just the beginning.

So says Northvolt (formerly known as SGF Energy AB), which in October announced a partnership with the Swedish municipalities Skellefteå and Västerås in northern Sweden for the establishment of Europe’s largest lithium-ion battery manufacturing complex.

"The objective is to build the world’s greenest battery, with a minimal carbon footprint and the highest ambitions for recycling, to enable the European transition to renewable energy," said the company. According to Northvolt Founder and CEO Peter Carlsson, as Europe moves quickly toward electrification, "Sweden has a unique position to establish large-scale battery production to support this transition with its clean and affordable energy, proximity to raw materials, and a strong industrial tradition deep in its DNA."

The ball got rolling in March, when SGF announced its rebranding as Northvolt AB, and noted the tipping point in the march away from fossil fuels in Europe: "An increased use of batteries is one of the cornerstones in this transition, enabling massive conversion to sustainable transportation as well as a deep integration of renewable sources in the energy mix. Experts suggest that when the cost of lithium-ion batteries drops below US$100 per kWh, a number of user-sectors will reach an inflection point where storage technologies become competitive. This will quickly lead to a situation where global demand of battery cells is going to outpace existing and planned production capacity."

“We foresee a major deficit of lithium-ion batteries within a few years, with limited current and planned capacity in place in Europe," said Carlsson in March. "There is a market window open. We have a solid business plan in place that enables us to produce high-quality batteries at an affordable cost."

The Skellefteå coast, in Swedish Lapland on the coast of the Baltic Sea, has an archipelago with stunning views and midnight sun in the summers. In addition to tourism, the region has a strong mining and forestry presence.
Photos here and below courtesy of Image Bank Sweden

The green factor was one reason the Nordic region made sense for the facility, as Northvolt seeks cradle-to-grave life-cycle management, and the Nordics' largely carbon-free power base starts the venture off on the right foot. But it was not the only reason the Nordic region made sense. Clean water and a stable grid were key, said the company. "Furthermore, several critical minerals can be mined in the region," said Northvolt. "There is strong academic competence at hand, a highly educated work force as well as a large number of multinational companies with strong interest in energy storage and battery technology."

The 32+ GWh production site will require the €4-billion-plus investment over a period of six years, with construction starting during the second half of 2018, volume manufacturing launching by the end of 2020, and full capacity reached by 2023.

“This is a bold, very complex, but rational project," said Paolo Cerruti, COO of Northvolt, in March. "Compared with Asia and the US, Europe is behind in the battery industrialization. With societal ambitions when it comes to growth and sustainability, action is needed. The project resonates commercially, since the demand from automotive and energy storage sectors will be huge."

The Northvolt team includes senior executives with previous experience in leading positions at Tesla Motors, Sony Ericsson, Panasonic, ABB, Renault-Nissan and others. Backing them up are funding agreements from such powerful companies and organizations as Stena, Vattenfall, InnoEnergy (European innovation ecosystem for sustainable energy), The Swedish Energy Agency, Vinnova (Sweden’s innovation agency) and ABB itself, which in September signed a Memorandum of Understanding (MOU) for a wide-ranging supply and technology partnership with Northvolt.

Northvolt initiated the site selection process in March with the collaboration of Business Sweden, only considering municipalities that could offer sites with at least 500,000-700,000 sq. m. (sq. ft.) ready for ground preparation with a complete industrial zoning permit in place. "Power supply to the site must have an exceptionally strong grid connection," said the company. "For the region selected for the construction, this is a unique opportunity to develop an innovative industry cluster of expertise around batteries and energy storage."

By late April, after talking to 40 different suitors, the company had decided to proceed with discussions with 10 of them: Gothenburg, Gävle, Luleå, Malmö, Mariestad-Skövde, Norrköping, Skellefteå and Västerås in Sweden, and Kotka-Hamina and Vaasa in Finland.

Among Northvolt's requirements: land suitable for industrial activity, power supply, proximity to water for cooling, conditions for environmental and other permits. "These requirements must be able to be fulfilled within a tight timeframek," said the company. "Additionally, logistic conditions, including access to port, rail and an international airport, are taken into account. Northvolt is also evaluating the local labor market, industrial tradition, and vicinity to universities." 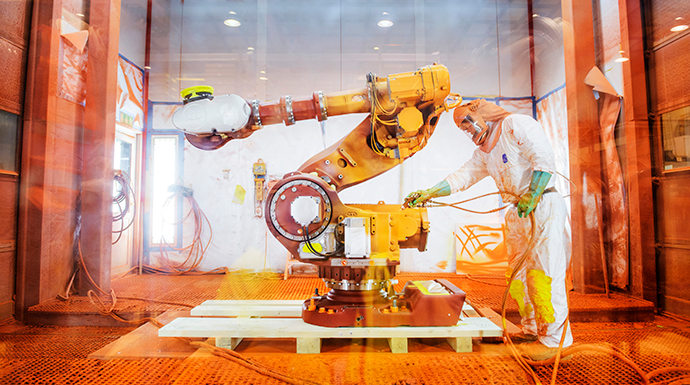 Robotdalen, or Robot Valley, is based in Västerås, where one of the world's leading suppliers of industrial robots, ABB, is headquartered.

Moreover, the company said it would hire "a large number of highly specialized engineers, many from Asia or the United States, which adds yet another evaluation criteria as the factory must be located in a region that is attractive to talented professionals."

Västerås had a mechanical foot in the door already, as it's the center of a cluster known as Robotdalen, or Robot Valley, a hub for Swedish robotics and the home region of electrification and industrial automation giant ABB.

By July 4th, the company had decided to proceed with discussions with Västerås and Skellefteå, still unsure of where to place the factory. "We are moving at a very fast pace, which is necessary if we want to take on a leading role in the European market and meet the growing demand for batteries," said Carlsson. "The possibility for us to achieve a professional and timely environmental assessment is crucial. That is the reason why we will proceed with a parallel consultation process together with two municipalities.”

In the end, it made sense to stick with both, and place the R&D operation in Västerås, where it will employ an additional 300 to 400 people. 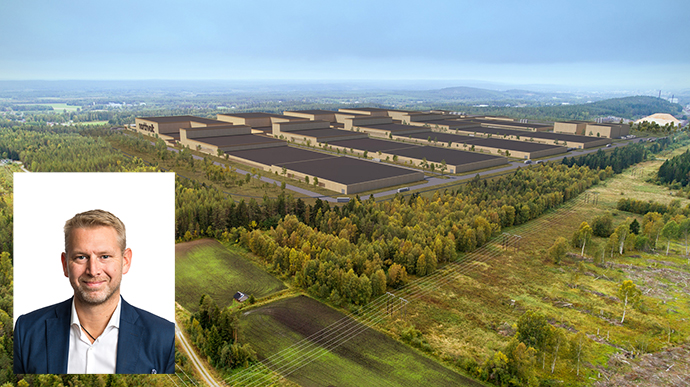 Northvolt CEO Peter Carlsson in March said Sweden was in a unique position to support the transition to an electrified Europe with large-scale battery production due to "its clean and affordable energy, proximity to raw materials, and a strong industrial tradition deep in its DNA."

"This is the ideal operational set up for Northvolt," said Carlsson. "It meets the fundamental requirements for a large-scale battery factory, such as access to energy, infrastructure and skilled labor. It will also enable us to leverage a world-class electrification cluster to develop green and cost-efficient batteries together with our customers and partners."

But again, it's only a start. Hidden in the company's FAQ page is one question in particular: "How many factories does the world need?"

The answer could spur an entirely new scramble some day:

Thanks to Allemansrätten, the right to public access, people can freely enjoy even privately owned forests such as this pine forest outside Skellefteå in northern Sweden.