Did you ever want an instant update on the status of every single one of the 754 nuclear power reactors on the planet? The Bulletin of the Atomic Scientists — issuer of the annual Doomsday Clock statement — is happy to oblige with the Global Nuclear Power Database. Oh, and by the way, it's two-and-a-half minutes to midnight. Sweet dreams.

Remember when Peter Zeihan recommended to Site Selection readers that we ditch the Jones Act? The combined calamities of the past few weeks have caused at least a temporary version of that very action, via a limited waiver issued by the Department of Homeland Security at the request of the Department of Defense, in order to allow transportation of fuels on foreign-flagged vessels to serve territories affected by the hurricanes and tropical storms. A Sept. 12 update forwarded by the U.S Census Bureau asks shippers engaged in such transportation already to provide details to U.S. Customs and Border Protection.

If you can't trust the compelling reporting of Moneyball author Michael Lewis, who can you trust? In this Vanity Fair piece, he explores why ignoring the expertise of career professionals at the US Department of Energy because of political stances may be more than just obnoxious ... it may be a threat to the US economy and the nation's security.

The Wyoming Business Report updates us on progress on the huge TransWest transmission project that aims to bring 3,000 MW of wind power from the state to the southwest United States via a 730-mile installation.

Kimberly-Clark Corp. this week announced its first major commitment to renewable energy with agreements to annually purchase approximately 1 million megawatt-hours (245 megawatts - MW) of electricity from two new wind power projects in Texas and Oklahoma (see infographic below for details). Other projects in the company's sustainability portfolio include: 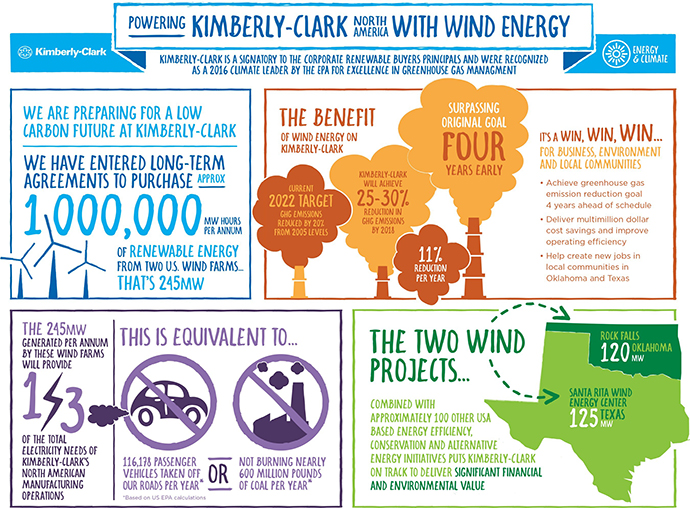 T. Boone Pickens again has let it be known that electric vehicles are not the carbon-free, zero-emissions alternative they're made out to be, and that people should really be using near-zero natural gas vehicles (NGVs). In his "Daily Pickens" column on Sept. 13, he stated his hope that the nation's governors do their part to level the playing field, after the Obama administration's settlement with VW leaned, in Pickens' opinion, too far in favor of EVs.

Before his retirement in August, U.S. Forest Service Chief Tom Tidwell in May announced over $8.3 million to substantially expand and accelerate wood products and wood energy markets. Federal funds will leverage almost $37 million in matching funds from 36 business, university, nonprofit, and tribal partners in 19 states for a total investment of over $45 million. Of the 38 projects funded, 26 focus upon expanding wood products markets, and 12 increase wood energy markets.

“This report is further proof that renewable energy is good for our health, our environment, and our economy," said Minnesota Lt. Governor Tina Smith (pictured at the report's release). “I urge the Minnesota Legislature to enact the bipartisan ‘50 by 30’ renewable energy standard that was proposed last session to spur additional job growth in the future.” 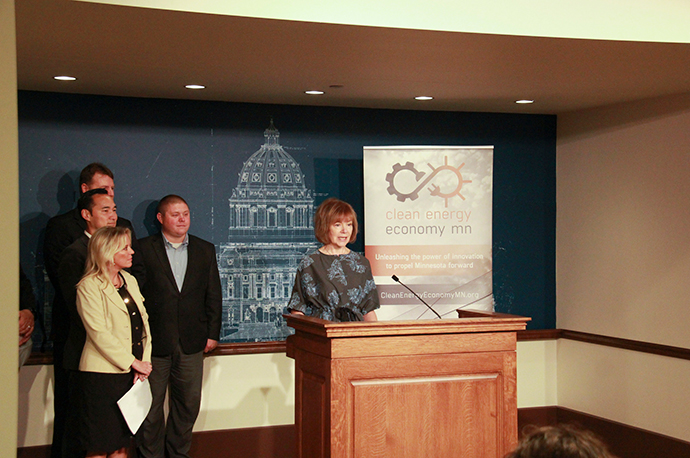 Offshore Magazine, using Rystad Energy data, in August reported the "European offshore wind market is set for a boom with 2020-2023 installations expected to be 210 percent higher than 2017 installations," ending with startup of "the largest wind projects the world has ever seen," the four-part Dogger Bank project and DONG Energy's Hornsea project, both off the eastern coast of the UK. DONG on Sept. 11 was awarded the contract to build the 1,386-MW Hornsea Project Two wind farm, which will now be the world's biggest, surpassing the previous record-holder Hornsea Project One, at 1,200 MW. 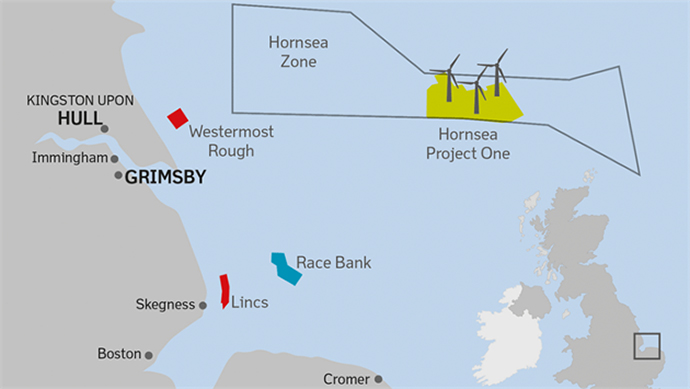