Cause and (Cartel) Effect

A new report uses rig data to link fracking and other 'advances' to OPEC's rigging of the marketplace. 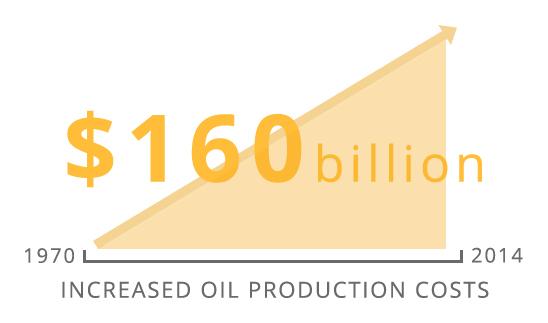 New research says all that innovation is driven by cartel-induced manipulation. To which some exploration companies and economic developers might say, "Yeah, so?"
by ADAM BRUNS

For many of us, the existence of OPEC is just a given fact of the world, like the ocean, the moon or a perennially stymied US Congress. But it wasn't around until 1960.

"Before OPEC, the main producer in the world that could turn on and off in a large quantity was the Texas oil fields," says Allan Collard-Wexler, an economist and professor at Duke University. And in those days, it was the Texas Railroad Commission moving the levers with regard to pipelines and production and pricing. "From 1920 to 1970 was a period of very low oil prices," says Collard-Wexler, hovering between $20 and $30 a barrel. "You only see the huge increases in prices once OPEC steps in in the late '60s and early '70s."

Quick reminder: OPEC (Organization of the Petroleum Exporting Countries) is the world’s largest cartel and produces about 40 percent of the world’s oil. (By contrast, the United States, even with surging production, produces 14.4 percent of the world’s oil.) Since its founding, the cartel by definition has limited oil production among member countries with the goal of keeping oil prices higher and thus ensuring higher profits for members (currently 14 nations).

The research asserts that the cartel has artificially driven oil production in expensive and inefficient directions, from drilling on Alaska's North Slope to shale fracking. The difference is stark, they say: In the world’s largest oilfield, Ghawar Uthmaniyah in Saudi Arabia, oil can be extracted relatively simply and cheaply at a cost of under $7 a barrel. By contrast, removing oil from North Dakota shale deposits via fracking costs about $51 per barrel. Arctic or North Sea drilling, depending on the cost of constructing rigs, can result in costs anywhere from $21 to $45 a barrel.

In the research's context, such developments — which many would characterize as innovation — are categorized as economic harm caused by monopolies. The authors suggest that such non-price factors may be worth considering when, for example, regulators are evaluating corporate mergers.

“Prices alone may be too narrow a focus,” Collard-Wexler said. “Regulators examining a proposed merger may want to consider other potential economic effects of monopolies, too. Our findings suggest that monopolies raise the cost of production. That’s an aspect that has received less attention than prices. And it has broad implications for economic growth.”

The only other cartel comparable to OPEC that Collard-Wexler summons is the world diamond market, where a monopoly in Africa has caused new exploration techniques to be pursued in such locations as Canada — a country where the OPEC effect is in full bloom too.

But wait: Isn't all the economic activity generated by shale exploration a good thing for those regions? In an interview from his sabbatical in Montréal, Collard-Wexler says answering whether this was good or bad was central to his team's approach.

"We are making a judgment," he says. On the one hand, he says, "If all the world's oil is going to be extracted eventually, what do you care if it's drilled sooner or later?" But even if that inevitability is accounted for, the researchers conclude, "you're still going to want to extract the cheap stuff first. Imagine the savings from 1980 and putting it into a bank account until 2020. It's wasteful because we're doing expensive things prematurely."

If that sounds like an economist talking, well, it is. What would a fracker have to say?

"The technology really is impressive," says Collard-Wexler, noting the dramatic improvements in extraction rates over the past decade. "But it's technology developed in response to OPEC artificially raising prices. It's important to understand we've done this very difficult and sophisticated oil extraction because of what OPEC is doing." From North Dakota to Alaska to Alberta's tarsands, he says, "Without OPEC, this whole panorama of high-tech, expensive oil extraction wouldn't exist, at least for another few decades."

If OPEC simply opened up the spigot, says Collard-Wexler, they'd probably supply the world for another 10 years or so. That's it. So isn't the jump-start on other methods a wise investment? Collard-Wexler says the Rystad data show that the cost of oil production essentially doubled between 2005 and 2014, not necessarily from rising expenses at existing operations, but from the launch of new operations by high-cost newcomers driven to move forward by what used to be higher oil prices. 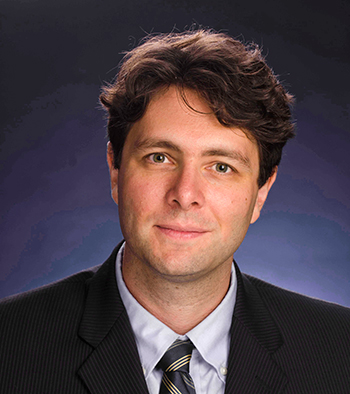 Allan Collard-Wexler is an economist and associate professor at Duke University.

So are regions looking forward to decades of oil production from shale, for instance, making too big a leap? It's at least a risky forecast, says Collard-Wexler, and something being debated right now in the energy economics community.

"Right now Saudi Arabia can raise prices by cutting back on production because basically nobody else can come in quickly," he says. "If they reduce oil production by 1 percent, estimates are prices would go up by 7 percent or 8 percent. But if the fracking fields can now jump in when Saudi Arabia — shorthand for OPEC — cuts back, if Saudi Arabia can't control prices anymore, and prices are going to be in the $20 to $30 range for the foreseeable future, would the Marcellus be economically profitable at those kinds of prices? It certainly wouldn't be the windfall they're hoping it will be. Put another way, these forecasts are really predicated on OPEC's ability to raise prices, and it's not clear that's going to happen."

As for innovation — cartel-fueled or not — that horse has left the barn in North America certainly. The most dramatic effects of monopolies, cartels and corruption, however, are taking place in developing countries. For instance, such dynamics may explain why a country such as Ethiopia, where monopolies flourish, is poorer than Kenya, where market forces are more robust, the authors suggest.

"In a lot of developing countries, there are enormous amounts of cartel activity," says Collard-Wexler. "Things are going on that have been illegal in the United States for 100 years because of antitrust laws. Even if there are laws, they don't enforce them." Such effects infiltrate everything from water and bus service to construction materials such as cement. Asked about a seemingly patriotic, pro-growth champion such as Dangote in Nigeria (which has been building a number of cement plants in order to support a more self-sustaining Nigeria), the economist says, "I know the cement market pretty well, and the biggest competitor is imports from Thailand. It might also be a way to keep out foreign competition. Cement is a good one, because the plants are huge, and once you have a monopoly, you have it for a long time. There is no substitute for cement into concrete. In terms of markets to monopolize, it's one of the best.

"Part of the point we're making is it's not just that these monopolies are going to make things more expensive," he continues, "but it's going to be very inefficient. You might not get the lowest-cost producer taking over the market. That compounds the bad effects of the monopolization of markets."