Last week the Canadian Ministry of Natural Resources revealed a C$120-million investment to expand the network of electric vehicle charging and alternative refueling stations across the nation. A current map of all alternative fueling or charging stations is available at the NRCan website.

That map was put together with assistance from the US Department of Energy, which in December released a report stating that the median range among all EV models has grown from 73 miles in 2011 to 114 among 2017 models.

“Electricity was always expensive in Puerto Rico, so those who could afford it turned to solar power to save money in the long run,” Marketplace reported on the final day of November. “But now that the island has struggled for months to get its electrical grid operational again after the devastation of Hurricane Maria, more residents are turning to solar as a solution.”

Fluor, which has more than 1,800 people on Puerto Rico working to restore power, confirmed January 8 that the company, working under its contract with the U.S. Army Corps of Engineers (USACE) in support of a Federal Emergency Management Agency (FEMA) mission, has completed work on two 115-kilovolt transmission lines between substations in Sabana Llana and Canóvanas in Puerto Rico. The company provides design, engineering, procurement, construction and commissioning services to Puerto Rican clients in a broad range of high employment industries, including power, pharmaceuticals, biotechnology, aerospace, manufacturing and food and beverage. For more, read this December report on the current status of the island’s life sciences sector by Site Selection Senior Editor Gary Daughters. 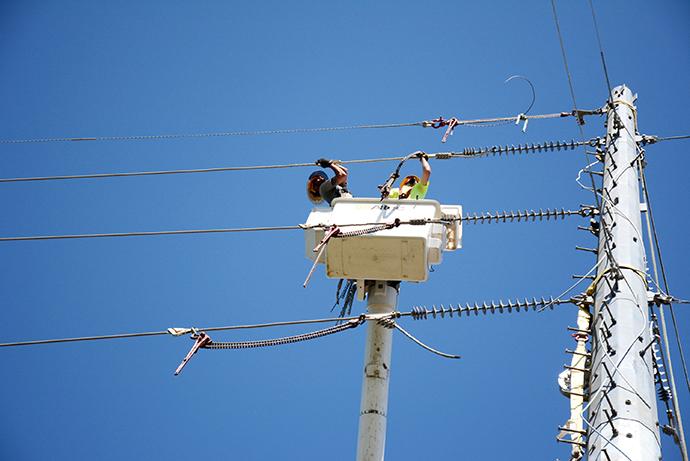 How much is the energy efficiency and storage opportunity worth in US schools? Probably a lot, if the $8 billion they spend on energy is any indication. John Addison documents how various districts are uncovering the savings watt by watt.

A report released January 9 by the Institute for Energy Economics and Financial Analysis (IEEFA) — “China 2017 Review: World’s Second-Biggest Economy Continues to Drive Global Trends in Energy Investment — sees renewable energy dominating global power capacity additions for at least the next two decades and concludes that “China is preparing now to lead this new energy world," in part because of global infrastructure investments related to the Belt and Road initiative. China's investment total for large clean energy projects (valued at US$1 billion or more) in 2017 exceeds US$44 billion, compared to $32 billion in 2016. Moreover, Chinese solar manufacturers now account for about 60 percent of global solar cell production.

“The clean energy market is growing at a rapid pace and China is setting itself up as a global technology leader while the U.S. government looks the other way,” said Tim Buckley, lead author of the report and IEEFA’s director of energy finance studies. “Although China isn’t necessarily intending to fill the climate leadership void left by the U.S. withdrawal from Paris, it will certainly be very comfortable providing technology leadership and financial capacity so as to dominate fast-growing sectors such as solar energy, electric vehicles and batteries.”

The third annual Digital Utilities Europe Conference will take place May 16-17 in Amsterdam, The Netherlands, covering topics such as smart grid, energy efficiency and mobility, cybersecurity, blockchain and European regulations.

Sure, offshore wind has great potential to catch the ocean breeze. But mariners in Maine are worried about its potential to harm the catch.

The Port of Vancouver USA Board of Commissioners on January 9 voted 3-0 to provide notice to Vancouver Energy that its crude oil export terminal project must receive the necessary licenses, permits and approvals required to operate by March 31, 2018, or the lease will be terminated, per a lease amendment approved by the board in April 2016. The project — a joint venture between Andeavor (formerly Tesoro Corp.) and Savage Companies — proposed to bring up to 360,000 barrels of North American crude oil by rail to the port daily. It has been under review by the Energy Facility Site Evaluation Council (EFSEC) since August 2013. On Dec. 19, 2017, the Council issued a recommendation to Gov. Jay Inslee to disapprove the project. Under the EFSEC process, the Governor has final say over approval of energy projects. 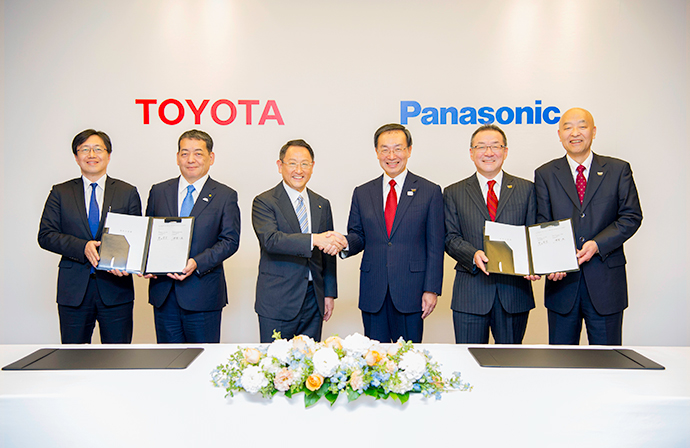 Toyota and Panasonic announced in December an agreement to begin studying the feasibility of a joint automotive prismatic battery business. What's that mean? This helpful piece from Battery University explains. Panasonic followed up the prismatic battery news by announcing at CES 2018 in Las Vegas this month that it has developed a scalable "ePowertrain" platform (rendering below) for the effective development of small electric vehicles (EVs), including micro-EVs and bikes.