Windows on a More Efficient World 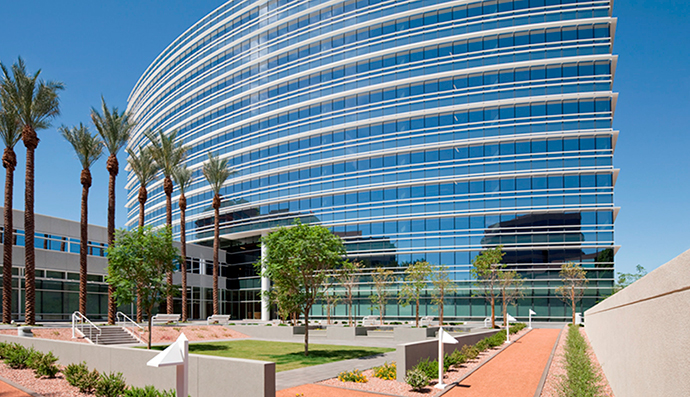 In the same month as a dire Intergovernmental Panel on Climate Change that said global greenhouse gas emissions must drop from 2010 levels by 45 percent for the world to meet its Paris Agreement commitments, three reports on energy efficiency offer guideposts. We've scanned their collective hundreds of pages to bring you the nuts and bolts, with a particular focus on transport, buildings & appliances and industry.

On October 19, the International Energy Agency (IEA) released its Energy Efficiency 2018 report, which found that even with policies attempting to tackle the issue, worldwide energy demand rose by 2 percent in 2017. At the same time, the IEA sets out a vision for 2040 called the Efficient World Scenario (EWS), with 60 percent more building space and 20 percent more people, and double global GDP, "while using only marginally more energy than today and cutting greenhouse gas emissions by 12 percent," said an IEA release. "Delivering this vision requires an immediate step up in policy action. For example, countries would need to continue to push up the efficiency of both cars and trucks, building on the progress made in recent years."

They also need to work on their aviation patterns and aircraft, as well as inefficient air conditioners, the IEA says.

"While various countries are endowed with different energy resources — whether it's oil, gas, wind, solar or hydropower — every single country has energy efficiency potential," said Dr. Fatih Birol, the IEA's executive director. "Efficiency can enable economic growth, reduce emissions and improve energy security. Our study shows that the right efficiency policies could alone enable the world to achieve more than 40 percent of the emissions cuts needed to reach its climate goals without requiring new technology."

The results from the new report indicate that Greenprint members are on track to exceed Greenprint's target of a 50-percent emissions reduction by 2030, which is in line with the goals of the IPCC and ratified by the Paris Climate Accord. Examples of best practices include:

Some gains may be realized by choosing high-speed rail over flying, suggests the report, which states, "High-speed rail is currently more than 11 times more energy-efficient on a passenger kilometer basis than aviation (IEA, 2018b). While aviation is the fastest form of transport between destinations, consumers can spend a significant amount of time travelling to and from airports, which are typically outside cities, including passing through lengthy security measures. This means that for short flight distances, high-speed rail is a comparable and more energy efficient travel option in terms of both cost and duration, with trips typically ranging between two and five hours." 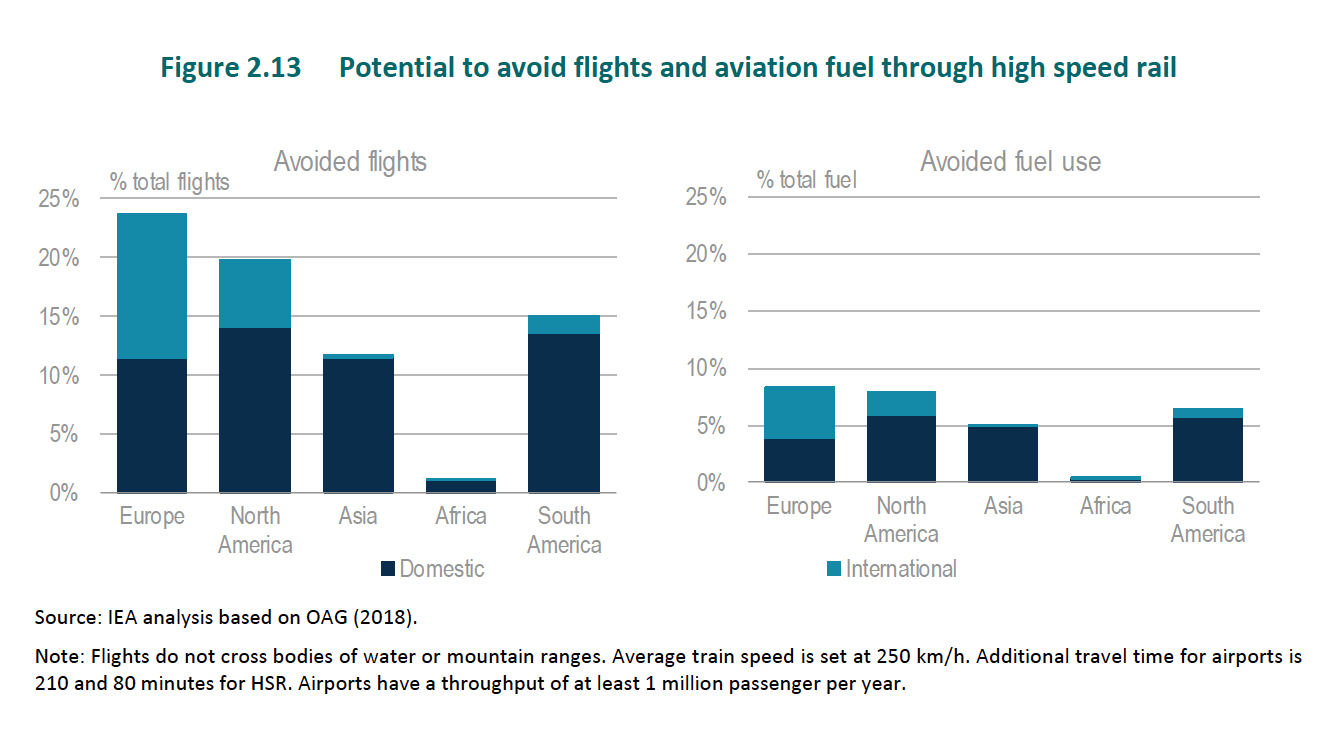 According to the IEA, which aims to publish further analysis in a forthcoming "Future of Rail" study, high-speed rail has reduced aviation activity on certain routes in China, Europe, Japan and Korea, and "air traffic dropped 56 percent between Paris and London and 58 percent between Brussels and London when the Eurostar was introduced … China, which has made high-speed rail a key policy priority in the past decade, has already built more than 20,000 km. of high-speed rail infrastructure."

Currently 18 percent of all commercial passenger flights are time-competitive, the IEA says, meaning that for these routes, which account for around 6.5 percent of aviation energy use, "switching to high-speed rail could be a viable and more energy-efficient alternative."

Among the organizations keenly attuned to the IEA report was the American Council for an Energy-Efficient Economy, which in early October released its annual State Energy Efficiency Scorecard. The down and dirty (or clean) details:

"In response to federal efforts to freeze U.S. vehicle and appliance standards, quite a few states worked to retain their own standards and to promote electric vehicles as well as zero-energy buildings," said the ACEEE. "While some, like Iowa and Connecticut, saw legislative attacks within their states, others — including Virginia, New York, New Jersey, Colorado, and Arkansas — unveiled plans to boost investments in efficiency and clean energy, often driven by concerns about climate change." Here's how the map looks: 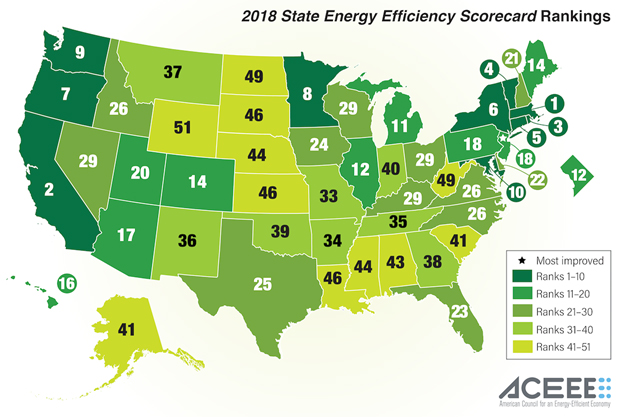 The scorecard ranks states based on 32 metrics in six areas: utilities, buildings, transportation, state government, combined heat and power, and appliance standards. Among the key findings (quoted directly from the ACEEE release):