Rhode Island’s low energy consumption is matched by its high profile in renewables. 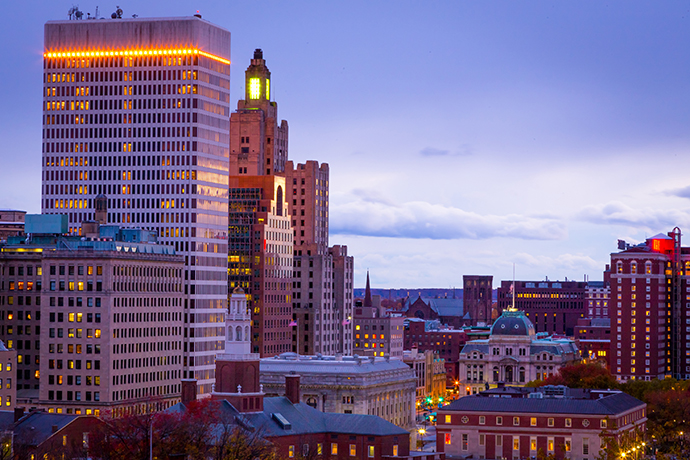 One reason Rhode Island is No. 1 in per-capita power usage is its office and service-oriented economy.
Photo courtesy of GoProvidence
by ADAM BRUNS

Need a quick rundown on the energy use profile of a U.S. state you're considering for a project? There's a place to go for that, courtesy of new data provided by the U.S. federal government's Energy Information Administration and its State Energy Data System.

And if your sustainability targets include both low consumption and devotion to renewables, the Ocean State might be right in your wheelhouse.

Earlier this month, an EIA release revealed that Americans' per-capita energy use in 2016 was down by 1 percent to the lowest total in 50 years: 301 million British thermal units (Btu) of energy per person. Louisiana (897 million Btu) and Wyoming use the most, while Rhode Island (176 million Btu) and New York use the least.

"Rhode Island is one of the most densely populated states, and most of the state's gross domestic product comes from relatively less energy-intensive commercial sector activities such as real estate, health care, and finance," the EIA explained. "Rhode Island consumes less energy per capita than the U.S. average in every sector — especially in the industrial sector, where it was 77 percent lower than the national average in 2016."

As for the Bayou State, "Louisiana's high per capita energy consumption is the result of a combination of its large industrial sector, which includes its energy-intensive chemical, petroleum, and natural gas industries, and its modest population size," says the EIA. "Louisiana is the second-largest industrial sector energy consumer in the United States, behind Texas, and is the 25th most populous state. Although demand for air conditioning is high during the hot summers, heating demand is limited in the mild winters, and Louisiana's level of per capita energy consumption in the residential and commercial sectors are near the national average. Other states with high total per capita energy consumption, such as Wyoming (860 million Btu), Alaska (809), and North Dakota (776), also have large industrial energy sectors and small populations." 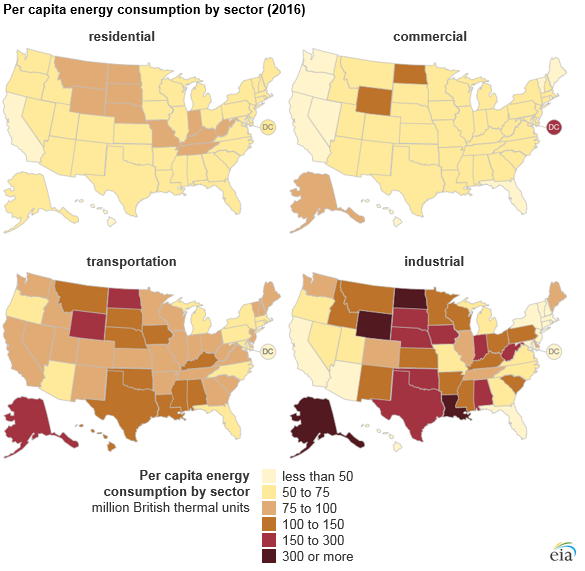 Separate figures from 2017 show the following breakdown for industrial sector energy usage by type of industry: 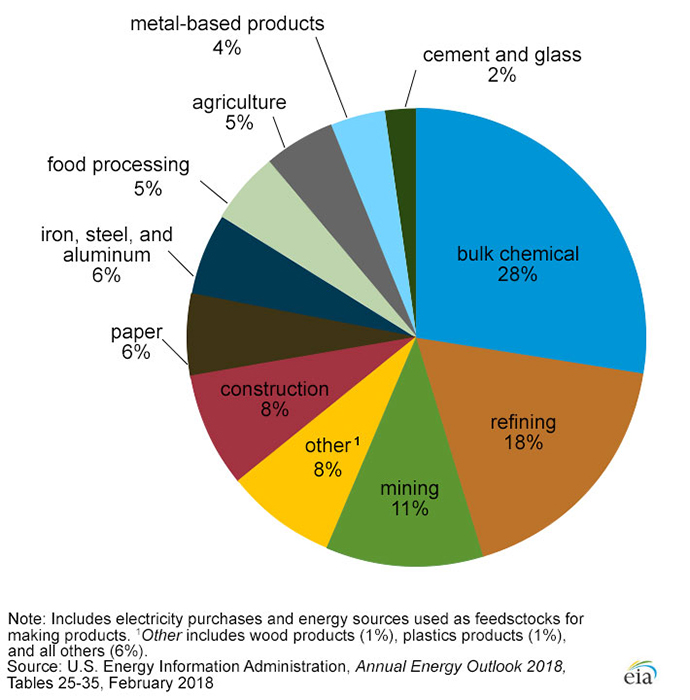 At the same time that Rhode Islanders pinch pennies when it comes to power consumption, they are investing much more than pennies into making that power come from renewable sources.

In July, the Rhode Island Office of Energy Resources (OER) announced new initiatives to encourage solar development on brownfields, rooftops and carports. Starting this fall, renewable energy projects that are sited on brownfields will be eligible for financial incentives from a $1 million set aside by the state's Renewable Energy Fund. One million dollars will be earmarked specifically for this initiative.

OER also is proposing an increase in the number of megawatts of capacity available for rooftop solar under the state's 2019 Renewable Energy Growth Program. Under the proposal, the cap would be raised 27 percent to nearly 9 megawatts, allowing more homeowners across the state to access the program starting in the spring of 2019. The proposal is subject to review by the state's Distributed Generation Board and Public Utilities Commission. OER has also proposed that carports — solar arrays installed over parking areas — be made available for the first time under the Renewable Energy Growth Program.

"There is so much underutilized space – from parking garages, to rooftops, to former industrial complexes. By retrofitting these spaces with new solar panels, we will continue to lower our carbon footprint and to meet the growing demand for clean energy for all Rhode Islanders."
— Rhode Island Energy Commissioner Carol Grant

Earlier this month, at the direction of Governor Gina M. Raimondo, a competitive request for proposals (RFP) was issued to procure up to 400 MW of affordable renewable energy resources (minimum of 20 MW per resource) for Rhode Island consumers. National Grid developed the RFP in coordination with OER and Division of Public Utilities & Carriers (DPUC).

"I have set an ambitious goal of making Rhode Island's energy system ten times cleaner in an affordable and reliable manner, and we're well on our way," said Governor Raimondo. "Our commitment to combating climate change is as strong as ever. Along with the recently announced 400 MW Deepwater Wind offshore wind project, this administration is working hard to secure new and diverse supplies of cost-effective clean energy for Rhode Island homes and businesses, reduce our carbon footprint, and spur other benefits for our economy."

Since Raimondo announced her goal to bring 1,000 megawatts of clean energy into the state's energy portfolio in 2017, Rhode Island has more than tripled the amount of renewable power in its portfolio.

In May, the state received a 2018 State Leadership in Clean Energy (SLICE) Award for the successful installation of the Block Island Offshore Wind Farm — the first in the nation, with many following in its wake.

"The Block Island Offshore Wind Farm is the first of its kind in the United States because Deepwater Wind, policy makers, and stakeholders throughout the state all worked together to make it happen," said Rhode Island State Energy Commissioner Carol Grant. "We are honored to be selected, but this achievement is thanks to the many people across sectors who unified on a common vision and saw it through to completion." 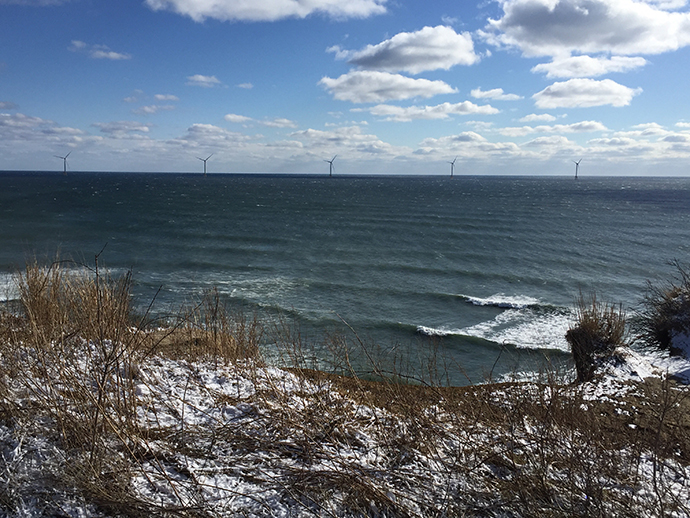