Hanging in the Balance

Brinksmanship reaches a fever pitch in Georgia over a megaproject that comes with mega-costs. 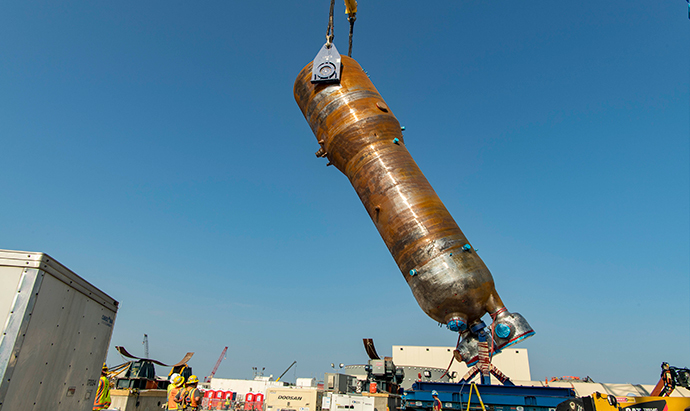 A steam generator for Plant Vogtle Unit 4 was placed in August as construction continued on the only new nuclear units currently under construction in the nation.
All Plant Vogtle photos courtesy of Georgia Power
by ADAM BRUNS

Talk to some experts and they'll tell you power generation's future lies in the carbon-free resources of wind, sun and the atom. Further plundering of the planet, after all, is a steep price to pay. But some are balking at the plundering of rate-payers' pockets. Carbon-free electricity, after all, does not come free of charge. And its burden on future generations can come in the form of massive debt instead of massive degradation.

"The choices made this week will endure long past our own lifetimes. These are choices with which our children and our grandchildren will have to live."

Those sentences are in the missive that Gregory P. Thompson, chairman of the board of Municipal Electric Authority of Georgia (MEAG Power), received this week from G. Alan Howard, chairman of the board at JEA, otherwise known as Jacksonville Electric Authority, the eighth largest community-owned electric utility company in the nation. MEAG is a statewide power generation and transmission organization that co-owns two nuclear and two coal-fired generating plants and has sole ownership of a natural gas combined cycle facility.

JEA's concern about what endures so long is not about nuclear waste, but what its leaders and many others see as wasted money. One of the nuclear plants MEAG co-owns is Plant Vogtle in Waynesboro, Georgia (near Augusta), where the new Units 3 & 4 are under construction and estimated to come online in 2019 and 2020. The expansion's cost estimates have spiraled into the stratosphere like so much harmless vapor from a cooling tower — only some see those costs as far from harmless.

The latest cost overruns — around $2.3 billion of them announced in August — triggered a clause in the ownership agreement of the nuclear plant that requires a vote by Monday, September 24, to continue with the new construction or not. The plant is operated and licensed by Southern Nuclear, an unregulated subsidiary of Southern Company, since the original project contractor Westinghouse went bankrupt last year. The plant's ownership breaks down as follows:

"As public power entities, JEA and MEAG Power are uniquely positioned among the Vogtle parties to make decisions that are purely in the best interest of our customers and the communities we serve," Howard wrote. "We appreciate the magnitude and difficulty of the decision before the MEAG Power Board, especially in light of how much time and money has already been poured into Plant Vogtle. But we in Jacksonville have 50,000 families that live at or below the poverty line to protect, making affordability an essential priority for us and our community."

JEA says a new unlimited cost-plus reimbursement agreement was implemented without JEA's approval in June 2017 after Westinghouse declared bankruptcy. "The amended agreement has increased JEA's liability from $1.4 billion to more than $2.9 billion — an uncapped and rising amount," says JEA in a separate release this week announcing a lawsuit. 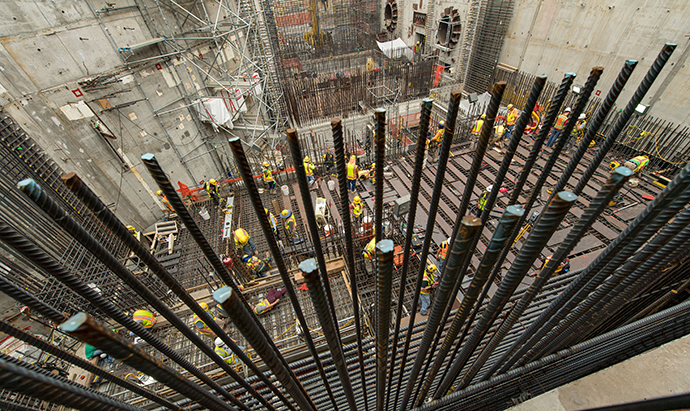 The letter and news releases are part of a massive PR and publicity campaign this week in advance of the September 24 deadline (now 72 hours away). A separate letter sent September 19 to the plant's owners by 17 state representatives and three state senators decries the "disproportionate cost burden" on electric membership cooperatives and city utility customers, as Southern Company pledged to absorb Georgia Power's share of the increase, but nobody else's. "Our local utilities don't have the luxury of shareholders to absorb these additional costs and will have to increase rates even higher," wrote the elected officials in asking the utility board members to establish a cost cap prior to voting. "This approach is unfair and anti-competitive."

Press reports say the MEAG board met this week but did not vote, and a spokesperson for MEAG said the board could likely meet again on deadline day Monday.

Howard's letter says if MEAG's board votes no, they will allow customers of MEAG, JEA and PowerSouth Energy Cooperative in Georgia, Alabama and Florida to "save at least $2.5 billion when compared to at least one alternative power option we have identified." That alternative involves two term sheets totaling 500 MW for MEAG and JEA customers at a fixed price through 2042, "to be supplied by a proven and fully operational generating facility located in Georgia with full standby redundancy."

Howard's letter further asserts that "MEAG alone would save more than $800 million over the initial 20-year life of the PPA," as projected costs at Vogtle could now surpass $30 billion. The original price of the project was $14.5 billion.

In the background of the courier-delivered correspondence, lawsuits are flying, with MEAG suing JEA for breach of contract, and JEA suing to declare the power purchase agreement (originally agreed to in 2008) void and unenforceable. JEA this week also filed a petition with the Federal Energy Regulatory Commission (FERC) for FERC to assert jurisdiction over the PPA, which would set in motion a series of filings that would force MEAG to prove that the terms, conditions and rates in the PPA are just and reasonable. "We do not believe MEAG can meet this burden," Howard wrote.

The Vogtle projects currently employ more than 7,000 construction workers. The latest release from Georgia Power in August — where it announced its own cost forecast had risen from $7.3 billion to $8.4 billion — sought to reassure the public, noting that Southern Nuclear had made "significant progress" on construction since assuming project management responsibilities last year. Of that $1.1 billion in higher costs, the company is swallowing $700 million (i.e. not putting it before the Georgia Public Service Commission for approval "so soon after receiving the Georgia PSC's approval of the capital forecast last year"), but may put the other $400 million before the PSC.

Reminding us that the new nuclear units are "the first to be built in the United States in a generation and the only new units currently under construction in this country," the utility said milestones over the previous 60 days included "a major concrete placement lasting more than eight continuous hours inside the Unit 3 shield building and the placement of a 52,000-pound Q233 piping module for Unit 4, a critical piece of the overall passive core cooling system, inside the containment vessel allowing large quantities of specialized piping to now be installed."

A total of $75 in 2018 bill credits, or $188 million overall, was approved by the Georgia PSC as part of its order to continue construction of Vogtle 3 & 4 in December 2017. "Customers also continue to save money throughout 2018 under the company's updated 2018 Nuclear Construction Cost Recovery (NCCR) tariff," Georgia Power explained in August, noting how it "allows the company to collect financing costs for the Vogtle expansion every month, a structure which saves customers hundreds of millions of dollars by reducing financing and borrowing costs, while also phasing the new units into rates over time helping to avoid 'rate shock' once the new units come online. As a result of the Toshiba parent guarantee payments and changes in federal tax law this year, customers will pay $139 million less than expected in 2018 for the Vogtle project with the typical residential customer using 1,000 kilowatt-hours per month paying $1 less each month than they did in 2017."

"While there will always be challenges in building the first new nuclear units in this country in more than 30 years," said Paul Bowers, chairman, president and CEO of Georgia Power, "we remain focused on reducing project risk and maintaining the current project momentum in order to provide our customers with a new carbon-free energy source that will put downward pressure on rates for 60 to 80 years. 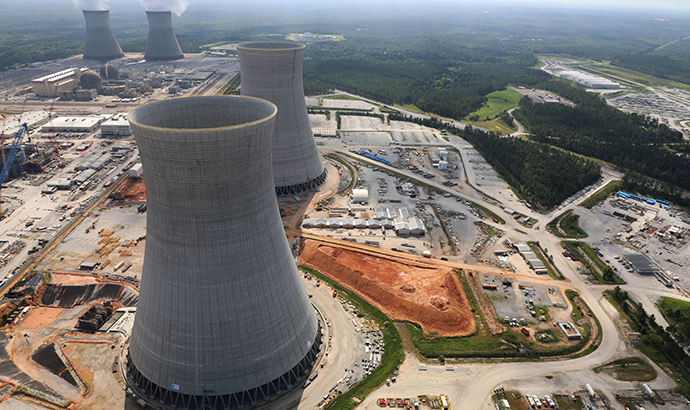 A crucial vote must happen by Monday for construction at the Plant Vogtle expansion to continue on schedule.

"Our responsibility is to our customers first, and we are accountable to them for this project and committed to ensuring that our state has affordable and reliable energy today and for generations to come," said Bowers, evoking the same imagery of children and grandchildren that the JEA has employed in its own campaign.

By Monday night, we'll know the fate of one massive power generation project, and with it ponder the fate of the future generations obliged to pay for the decision either way.