Nearly one quarter of global CO2 emissions in 2016 were generated from electricity and heat generation in Asia — an amount comparable to the total sum of Europe’s emissions, plus Russia, Africa and Oceania combined. So says the amazingly comprehensive IEA Atlas of Energy published by the International Energy Agency.

Last week Florida Power & Light Co. (FPL) announced its “30-by-30” plan to install more than 30 million solar panels by 2030, while also deploying significant capital in advanced battery storage to hold all that Florida sunlight after the sun goes down. “FPL has secured solar sites throughout the state,” said the company, which President and CEO Eric Silagy characterized as not just a utility, but “a technology company that delivers power.” The end result will be the largest installation of solar panels by a regulated utility in the world, FPL said, and a 67-percent fleet-wide reduction in carbon dioxide emissions rate by 2030 as compared to the national average.

FPL’s Silagy said the price of electricity from FPL is more than 30 percent below the national average. How does the state as a whole stack up? Peruse the most recent state-by-state comparison of electricity prices released by the U.S. Chamber of Commerce’s Global Energy Institute.

As if Brexit weren’t painful enough, Hitachi’s Horizon subsidiary has halted work on a new nuclear power station in Wales that is central to the UK’s energy plan, after reaching an impasse on financing negotiations with various parties including the UK government. The New York Times recently reported on the project in Anglesey, at the northern tip of Wales, where archaeologists are finding dwellings dating to 100 B.C., and where Hitachi hopes to invest up to $19 billion, create 850 jobs and generate enough power to serve 5 million homes. 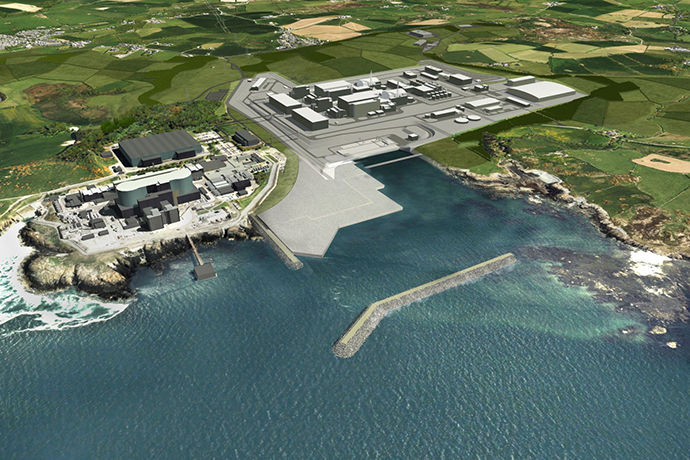 On the carbon-based side of the Colorado ledger, The Colorado Sun reported on what is seen as a victory for the state’s oil & gas industry as the state Supreme Court ruled this month in Martinez v. Colorado Oil & Gas Conservation Commission that “regulators don’t have to prove a new well wouldn’t hurt the environment before issuing a permit.”

“While I’m disappointed by today’s ruling,” Gov. Polis said, “it only highlights the need to work with the Legislature and the Colorado Oil & Gas Conservation Commission to more safely develop our state’s natural resources and protect our citizens from harm.” Colorado Petroleum Council Executive Director Tracee Bentley said, “This case has dragged on for over five years and it's time to focus on uniting to encourage energy development in the United States, and, specifically, in Colorado. We are confident in Colorado's energy future and the ability of the Colorado natural gas and oil industry's ability to continue to reshape the global energy balance, fueling an American manufacturing revival and leading the world in environmental progress.”

“Gaining access to this acreage in New Jersey complements our successful entry to Massachusetts and our existing renewable generation business,” said Dorine Bosman, VP Shell Wind Development. EDF, meanwhile, has 2,800 MW of offshore wind in development or operation in Belgium, France, Germany and the UK. The new venture is beginning site assessment and formal development efforts, “and subject to a positive final investment decision, could bring the wind farm into operation by the mid-2020s.” Since the announcement, EDF has signed agreements involving onshore wind projects in Texas, New York and Nebraska.

ProPublica and the Pulitzer-prize-winning Charleston Gazette-Mail are gunning for another award with a new investigative series about natural gas lease reforms.

As Tesla broke ground on a new factory in China, a report from Statista noted, “the Chinese automobile market contracted by 2.8 percent in 2018, marking the first annual decline in more than two decades. As China’s Association of Automobile Manufacturers (CAAM) reported on Monday, the production and sale of automobiles amounted to 27.8 and 28.1 million units, respectively, last year, following six consecutive months of declining sales.” But when it comes to “new energy” vehicles (plug-ins and hybrids), sales grew by more than 60 percent last year, reaching 1.26 million units. 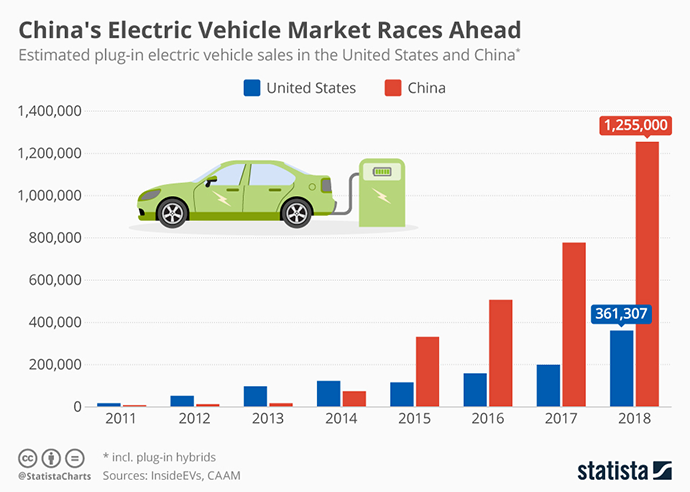