Amazon HQ2: What About the Suburbs? 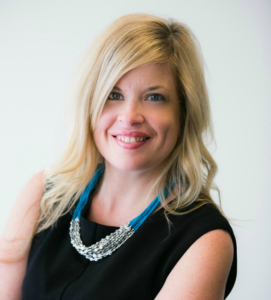 As millennials phase into parenthood, significant evidence exists that suggests a millennial mass exodus to the suburbs -- and with good reason. Suburban communities nationwide have risen to the challenge of providing the live-work-play lifestyle that the generation requires. “Downtowns” created from five-story, mixed-use developments are the hallmark of suburban communities looking to attract young, educated residents.

Along with a renewed interest in the suburbs, US Census Bureau data proves that Americans are still commuting, with the average commute time being 26.4 minutes each way. It’s reasonable to assume that a portion of the 50,000 people that will work at Amazon HQ2 will commute from outside of an urban downtown. Thus, when it comes to evaluating Amazon’s options, solely examining the urban core of each city on the HQ2 "Top 20" list doesn’t offer a complete picture of a metro area. Amazon would be wise to also consider the populous suburbs where their employees will inevitably live. In the Midwest, data gleaned from Realtors Property Resource reveals that three suburbs of cities on the “Top 20” list stand out as communities to which Amazon should pay close attention.

Dublin is Columbus’ most populous suburb, with a population of just under 45,000. Dublin’s picturesque downtown feels surprisingly urban despite the well-kept landscaping only found in a suburb. The average household income for Dublin residents is $151,135 and a staggering 79 percent of residents hold college degrees. Most of Dublin’s population can be described as career professionals who have prospered through the Great Recession. To maintain their upscale suburban lifestyles, these goal-oriented couples work, often commuting far and working long hours. However, their schedules are fine-tuned to meet the needs of their school-age children. They are financially savvy, investing wisely and benefiting from interest and dividend income.

Fishers is the fastest-growing suburb of Indianapolis, with a population of close to 91,000. Money Magazine recognized Fishers as “The Best Place to Live in America” in 2017, which isn’t surprising considering the newly revitalized downtown and brand new IKEA store. The population of Fishers skews younger than its Midwestern suburban counterparts. The median age is 34.5. Fishers has also made a name for itself in the technology sector. The first city-funded IoT lab in the US will open in Fishers this spring. Young professionals with families who have opted to trade up to the newest housing make up the dominant population segment in Fishers. Residents are well-educated professionals with a running start on prosperity, but with a higher proportion of mortgages.

Naperville is the most prominent Chicago suburb, with 144,600 residents. In recent years, the suburb began investing in entertainment to give residents options outside of The Loop. A large percentage of Naperville residents work in the professional, scientific and technical fields, and downtown Chicago is only a 45-minute train ride away. Average household income is $140,250, and, like Dublin, the dominant population segment is made up of career professionals with upscale suburban lifestyles. In addition to traditional suburban homeowners, though, many residents prefer to live in condos, townhomes or apartments as they change jobs often within STEM fields.

It’s unlikely that Amazon will ultimately choose a suburb for the HQ2 location. However, considering daily commute and Millennial migration trends, any company debating a new location should examine the surrounding suburbs when weighing the options. The ‘burbs aren’t for everybody, but they’re home to many.