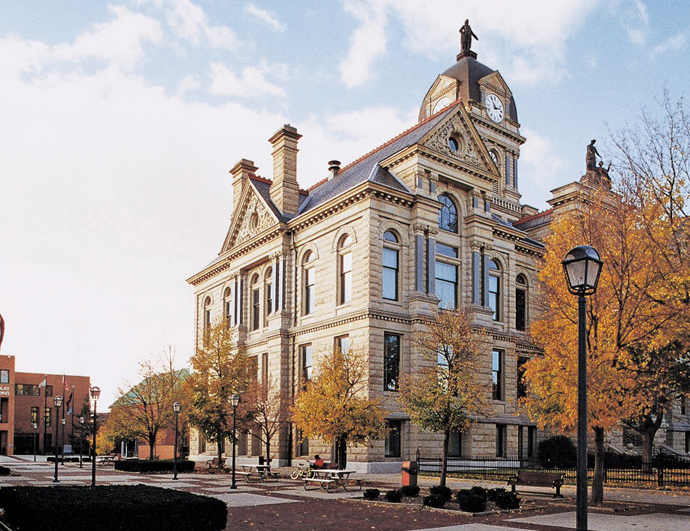 The historic Hancock County Courthouse in Findlay, Ohio, is an iconic landmark in the city that was founded in 1821 and named after Col. James Findlay. The town has been named the Top Micropolitan Area in the U.S. for four years running by Site Selection.
Photo courtesy of Findlay-Hancock County EDC
by BARTON RUSSELL

We may be at the front end of a major socioeconomic shift that hasn't been seen since the population shifts of the industrial revolution.  Technology is increasingly bringing the conveniences of urban living to less populated areas, and this trend promises to have positive implications on the opportunities and allocation of resources in smaller communities across the country.

Small cities and rural towns already comprise a staggering percent of the U.S. population, with more than 140 million people living in these 30,000 micropolitan communities. Most remain healthy and vibrant, but many of these towns have experienced a decline in recent times as many people, especially with GenXers and Millennials, have been moving into cities and urban areas.  However, thanks to the current age of disruptive technology and the unparalleled speed of innovation, my contention is that this trend may have reached its apex and less densely populated areas will experience a reverse-migration in the coming years.

I am not alone. Julio Gil, an innovation engineer for UPS in its European headquarters, said in a recent TED talk that new technologies "are opening new possibilities and radically changing the way we did things before, and in a few years, they may allow us to enjoy the benefits of city life from anywhere." This phenomenon, Gil maintains, will herald a significant outmigration of urban dwellers to micropolitan cities and exurban, rural places.

Some experts claim this trend is already well underway. Financial writer Bob Sullivan wrote recently in MarketWatch: "Big cities and their big employers have always attracted young workers, and that's still true. But a combination of factors – sky-high home prices chief among them – have sent millennials across the country looking for alternatives. Unlikely (small communities) in places like Ohio and North Dakota have benefited."

Improved Internet access/speed, the rise of the "virtual workplace," the portability of virtual work, freelance or "gig" work, online shopping and even the reality of drone technology is increasingly bringing the conveniences of city living to small town America.  A fast-growing portion of our nation's population is gaining more control over where they live and work. One recent Gallup poll determined that 43 percent of employees work remotely at least some of the time, primarily due to improving virtual communication and work collaboration technologies.

I believe this shift in the convenience of living and working from anywhere will disrupt modern urban life in favor of the quality of life, affordability and improving amenities of smaller communities.  Much of corporate America has taken notice and is increasingly focused on strategies for marketing to this dynamic demographic (think Microsoft, Walmart, Frontier Communications, Airbnb, Ace Hardware and others).

The impact of this "small town America revolution" could be dramatic. More than ever, it is incumbent upon local leaders to look for innovative ways to prepare and promote their communities to capture a share of people looking to escape the big cities in the years ahead. At the same time, municipal policymakers will need to plan for the inevitable pressure these changes will bring to bear on infrastructure and demands for expanded public services. My big question for the leaders in small town America is how will they adapt to, and manage, these transformational opportunities and challenges? 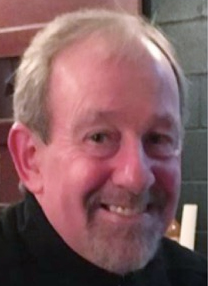 Bart Russell is a Principal with the Barton Russell Group, the nation's preeminent small town America consultancy. Previously Bart served as the CEO of the Council of Small Towns. He was the founding Executive Director of the National Association of Towns and Townships, a Washington, DC-based organization representing more than 12,000 municipalities. Subsequently he served as President of the National Center for Small Communities. He may be reached at Bart@BartonRussell.com