At the Edge of Disorder: Welcome to the New World 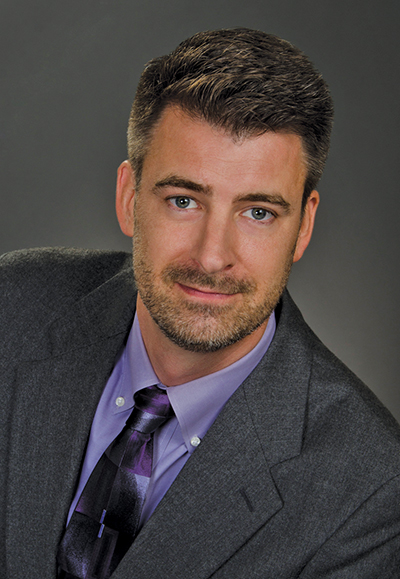 “At the Edge of Disorder” may seem like a provocative presentation title, but it perfectly summed up geopolitical strategist Peter Zeihan’s talk to a group of corporate real estate executives and economic development leaders this month.

Zeihan’s talk was just one of several challenges given to the attendees at the Industrial Asset Management Council’s Fall Professional Forum in Santa Barbara, California, May 4-8.

O’Brien said global economic growth is slowing, but not in the U.S. He saw high levels of market and geopolitical uncertainty from trade disputes, Fed policy, the Brexit debate and the U.S. 2020 election. But in spite of these factors, U.S. industrial property fundamentals remain strong. In fact, this real estate sector is innovating with the recent construction of multi-story urban logistics facilities. Lastly, he said capital flows into industrial real estate are strong, and investment is also going into the new technologies needed to make modern distribution centers work.

Publisher Forbes was well known to the attendees, who read his eponymous business magazine and know him for this 1996 and 2000 runs for the Republican presidential nomination. As a candidate, Forbes had controversial perspectives on the U.S. healthcare industry, the federal income tax and the Federal Reserve System. But he tempered these for the IAMC audience.

Zeihan is a master of geo-political content, placing world events into a broad, understandable context and using data and charts to underscore his points. He noted that international relationships and internal U.S. politics are trending toward disorder. Even so, he believes that the U.S. is in a uniquely favorable global position from several perspectives. We might worry, but instead, he argues, we should understand our considerable advantages and use them for our national purposes and global good.

He said that the post-World War II world order came to an end with the fall of the Soviet Union. But this continues to play out today as old alliances that helped us face down the so called “evil empire” are no longer considered sacrosanct. For example, Pakistan and Turkey, once vital anti-communism bulwarks, today are much less central to U.S. global interests. In the new world order, trade can be a bargaining chip. It contributes a smaller proportion to the U.S. economy, he points out, than for any other developed nation. Tariffs and trade reductions can have bad effects here but can be catastrophic for countries like Germany, South Korea and China.

Zeihan’s presentation title was “At the Edge of Disorder,” which led him to a brief examination of U.S. politics. He said elements of President Trump’s foreign relations activity that are seen by some as departures from past norms can also be viewed as manifestations of the changing world order. U.S. support for the old order, he argued, required some bipartisanship. But with that order gone, there’s really nothing that requires this kind of cross-party collaboration. And this, he says, is one reason for the American political environment today.