From the Mailbag: A Frank Discussion on Cleveland 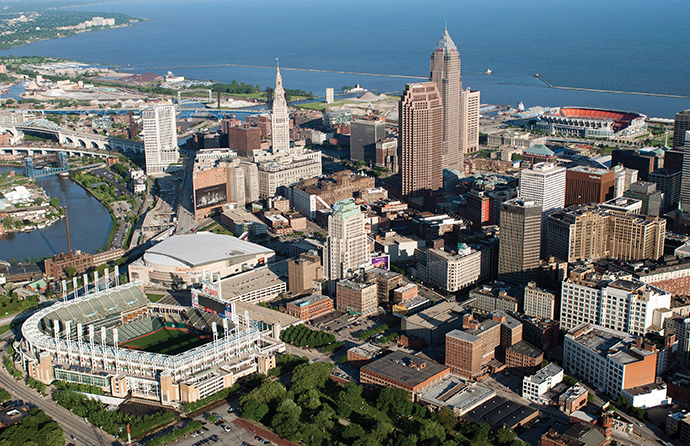 Editor’s Note: This month, we introduce a new TrustBelt Report feature called From the Mailbag. The impetus for this column is an insightful question posed by a curious reader, Rob Grealis of Cleveland, Ohio. But rather than attempt to answer his question ourselves, we decided to invite an expert in corporate site selection, noted site consultant John Boyd of Princeton, New Jersey, to share his thoughts. The following is their quite candid exchange.

I really liked your article about Columbus. I'm in Cleveland and have been a native Ohioan all my life. However, Cleveland is dying. We used to be the city with the most corporate headquarters across the U.S. A lot of companies have left, though, and we are experiencing a population decline mostly due to lack of jobs and lack of opportunity. But I still think Cleveland can be revitalized. I really liked the part of your article where it said, “When asked how Columbus achieved this success so quickly, McDonald says, ‘First and foremost, it was leadership at a business community level. The biggest companies made this a priority to invest in it and get started. Secondly, our elected leaders decided to be more intentional about pursuing job growth; and thirdly, we had professional economic developers at the local, regional and state level lean into this.’” My question to you is, do you think this can be done for the Cleveland metropolitan area? If so, what needs to be done and do you think we can get there realistically? In my opinion, we lack true leadership, and are still stuck in this blue-collar rust belt mentality. I want to help break out of that and into a new age of modernization and technology. What can we do to attract more tech companies here? What can we do beyond that to make them stay? What can we do to attract more people to move here without it growing too fast and raising prices through the roof? My feeling is that if things don’t change soon, that in the next 10 years Cleveland will be in such a state of decline that no one will want to live here anymore. Thanks for your time.
— Rob Grealis, Cleveland, Ohio

When you mentioned Cleveland to me, it hit a responsive chord. First, a bit of background to that statement.

Born and bred a Jersey guy, nonetheless I do have a special connection to Cleveland.  I am the son of a General Motors executive who brought his family to more than one Midwest GM city during his career. One of those cities was Cleveland. While I lived there for only 3 years, they were formative and memorable ones, as they coincided with my high school years living on the West Side of Cleveland (North Olmsted HS grad).

That history, plus the fact that our firm has done site selection work for Cleveland-based Progressive Insurance and Park-Ohio Industries, makes me a bit more than a dispassionate, third-party observer of Cleveland. (I still have great memories of watching the Indians play back in the day in the mammoth 80,000-seat Memorial Stadium on the lake).

Back in those days, Cleveland was the undisputed corporate kingpin of the Buckeye State. Its famous economic development tag line, “Cleveland/Northeast Ohio: The Best Location in the Nation” -- sponsored by the Cleveland Electric Illuminating Company -- set a positive, upbeat tone for the city, its town fathers and its economic horizons.

During Cleveland’s long reign, Columbus was just a big college town, Cincinnati, a small-market town that hit the jackpot by being the HQ of consumer product giant Procter & Gamble, Akron, just a town that made a whole lot of tires, and Toledo, where Jeeps were made and not much else. Today, the roles are all reversed, with Cleveland wondering what the hell happened.

As the TrustBelt Report reader’s question suggests, it is all about leadership. Just look at how another TrustBelt city has benefited from outstanding leadership: Indianapolis, where its string of smart and progressive mayors over the years — Dick Lugar, Bill Hudnut, Stephen Goldsmith — elevated that city’s stature on a national stage. The last good Cleveland mayor was George Voinovich. He went on to bigger things as governor and then to the U.S. Senate, but he left the mayor's position nearly 30 years ago.

My sense is that Cleveland has reached a tipping point where there are just too many stakeholders dissatisfied with the status quo and are much too tired of reading about the economic wins of Columbus, Cincinnati, Indianapolis and other TrustBelt markets.

Regionalism has its merits, especially in more homogeneous markets like a Phoenix, Las Vegas or even an Atlanta, but Cleveland marketing itself as Northeast Ohio or “Team NEO” is a bridge too far given the great diversity and fragmentation of the 18 counties that comprise the region -- not to mention the utter and desperate need for Cleveland to distinguish itself from the now crowded field of successful Midwest cities that have rebooted their identities and economies.

“The Hub can serve as a bridge from Cleveland’s historic role as a regional banking and financial services center to that industry’s rapidly evolving landscape fueled by technology and the Internet of Things. Our firm sees great promise here for Cleveland.”
– John Boyd 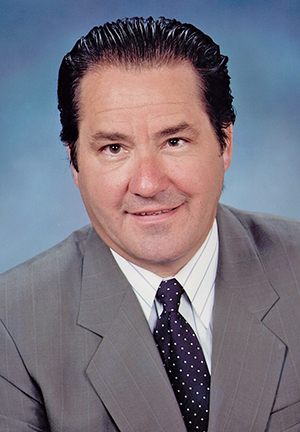 I would look to the prestigious Cleveland Clinic — largest private employer in Ohio — which has been a catalyst for downtown redevelopment in places like Las Vegas through its partnership with Lou Ruvo Center for Brain Health and more recently in South Florida to take a strong lead in Cleveland’s reboot.

A common denominator among successful cities is the degree to which its academic community is an active player in the region’s economic development network. We see this in Philadelphia through the work of Drexel University President John Frey, in South Florida with John Kelly, President of Florida Atlantic University, and in Phoenix through the leadership of Michael Crow, President of Arizona State University. These same dynamics are very much in place in Cleveland through Case Western Reserve University and its activist President Barbara Snyder, who recently opened the University’s new Cleveland Blockchain and Digital Futures Hub.

The Hub in Cleveland will focus on blockchain technology, augmented and virtual reality and other new fintech applications. The Hub can serve as a bridge from Cleveland’s historic role as a regional banking and financial services center to that industry’s rapidly evolving landscape fueled by technology and the Internet of Things. Our firm sees great promise here for Cleveland.

Looking beyond health care and financial services, our firm has been very active in the aerospace industry over the years, working with Boeing, Pratt & Whitney and Paris-based Safran. I see opportunities for Cleveland to leverage that booming sector on the strength of its housing the NASA Glenn Research Center, where I have witnessed some leading-edge aeronautical and space exploration research being carried out there.

My contacts on the ground in Cleveland tell me that the city has a lot of self-inflicted wounds worsened by power plays by competing development groups and ineffective leadership at city and county government. Again, maybe all of this built-up angst has brought Cleveland to a tipping point where a real TrustBelt reboot is now possible. I will be rooting for that.