From Toys to Furniture and Golf 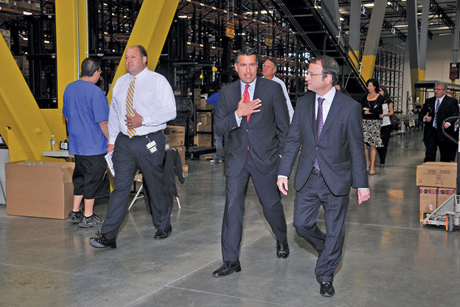 *No representation or warranties are provided.*

EDITOR’S NOTE: Ever wondered what happened to all those vacant big boxes after Toys R Us went out of business? So did we. So we turned to Bill Read, one of the country’s premier retail real estate experts, to provide some analysis. Here is his take.

It's been a year since they filed and the here’s what we know so far. 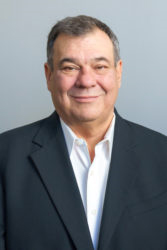 We are about 65 percent done with the process. The remaining 33 percent is still available. A majority of the remaining assets are fee simple assets. Past sales of these assets have shown that furniture stores, discount stores and developers looking to release the property are the biggest buyers.

The banks (debtors) are not going to give the space away. If bids where not high enough at bankruptcy auctions, the banks took back the property and put them up for sale on the private market hoping to achieve higher prices.

Furniture stores and discount stores are the major acquirer of these former stores. Mainly because they match up well with the store size and the growing demand for these retail uses.

Landlords and private developers also found value in buying the spaces, either to control the space in their shopping center or hoping to create additional value by releasing at higher rents. 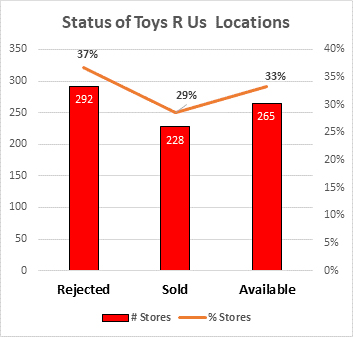 What we didn't see was any new players gobbling up large amounts of space to launch a new brand or radically increase their market penetration in to some of the US best core markets like New York, California and Florida. No Amazon opening Whole Foods or opening ecommerce shipping centers.

Real estate is local. The prices paid for leases, ground leases and owned buildings vary widely. Some buildings have reached $15 million while others have sold for as little as $16.00 psf.