Titletown Tech, joint venture of Packers and Microsoft, is a first for Wisconsin. 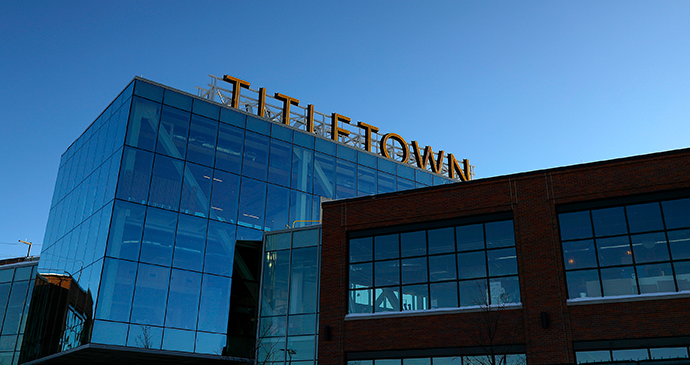 Green Bay became known as “Titletown” in 1961 after the Packers demolished the New York Giants 37-0 to win the National Football League Championship.

Some 58 years later, the Packers and Microsoft are partnering to parlay that championship legacy into another kind of dominance – one on the playing field of technological entrepreneurship.

The new venture is called Titletown Tech, an innovation hub that is an integral part of the 45-acre Titletown District just west of Lambeau Field, the home stadium of the Packers in Green Bay, Wisconsin. Titletown Tech is housed in a $10 million, 46,000-sq.-ft. facility that opened in early June to much fanfare, but its real promise lies in the future.

Designed as a place to vet new ideas and ultimately build startups from the ground up, Titletown Tech takes up 11,000 sq. ft. of space on the second floor of the new building, while the entertainment venue Topgolf Suites occupies the first floor.

The Packers and Microsoft have each committed $5 million to a new venture fund that will invest in startups that are aligned with high-growth industries located in Green Bay and surrounding parts of Northeast Wisconsin. Titletown Tech will house the innovation lab, a venture studio and the newly formed venture fund. The initiative will focus on five core business areas: sports, media and entertainment; digital health services; agriculture, water and the environment; advanced manufacturing; and supply-chain technology.

The venture fund eventually will grow to $25 million as other partners join, according to Packers President and CEO Mark Murphy.

The larger Titletown District includes a 10-acre public park and plaza with outdoor games and fitness activities, a winter skating rink and sledding hill, a four-diamond hotel, a sports medicine and orthopedics clinic, and the Hinterland Restaurant and Brewery.

‘This is Much More than Real Estate’

Barb LaMue, executive director of New North Inc., the regional economic development partnership for the area, says, “This is pretty cutting edge for Wisconsin. It also includes involvement of University of Wisconsin at Green Bay and the UW system. UWGB is providing the Entrepreneur in Residence at Titletown Tech – Aaron Kennedy, the founder and CEO of Noodles & Company.”

“This is much more than real estate,” says LaMue. “It will have the Titletown Tech Accelerator. Entrepreneurs will spend 18 weeks inside Titletown Tech developing their product idea. The new venture fund will be part of this. It will also have Titletown Lab, where area businesses can send employee teams. They too will spend 18 weeks working to develop a new product line that they can then take back to their companies. This will help the whole business climate of the New North region.”

“We all try so hard to address the talent gap. It is much easier if you provide the culture for entrepreneurism.”
– Barb LaMue, Executive Director, New North Inc.

The next phase of Titletown, she adds, will include a 120,000-sq.-ft. commercial office building and a 140-unit apartment complex – all in the shadow of legendary Lambeau Field.

“Apartments will be furnished for entrepreneurs,” LaMue notes. “They will be able to stay for up to four months at a time. It is a true live-work unit. Entrepreneurs like to be in really cool places, and this will satisfy that wish. It will have Topgolf and a gaming aspect with I.T.-related sports activities. It will be a really cool place to hang out for everyone.”

LaMue says the entire project is designed to attract the type of talent every community covets. “We all try so hard to address the talent gap. It is much easier if you provide the culture for entrepreneurism,” she says. “This supports the strategy of the New North. We give all the credit to the Packers, Microsoft and UW-Green Bay.”

She adds that “this is a first for the state of Wisconsin. The Packers have been a huge advocate of economic development, well before Titletown. This will be a living fund that will support growth in the whole region.”

LaMue describes the project as one built on three pillars. The first one connects the entrepreneurial community. “The second one is, how do we attract additional capital for new business starts?” she says. “The Titletown Venture Fund is part of that. And the third one is, how do we engage the corporate community in building entrepreneurial density? How do we encourage development in smaller companies? How do we help them develop new products and new systems?”

Venture Capitalists are Discovering the Midwest

The opening of Titletown Tech coincides with a new report showing that nearly half of the 121 angel and venture capital deals recorded in Wisconsin during 2018 involved investors from other states or countries. The report by the Wisconsin Technology Council notes that the state took in $280.7 million in total investment last year, representing a new record for Wisconsin. 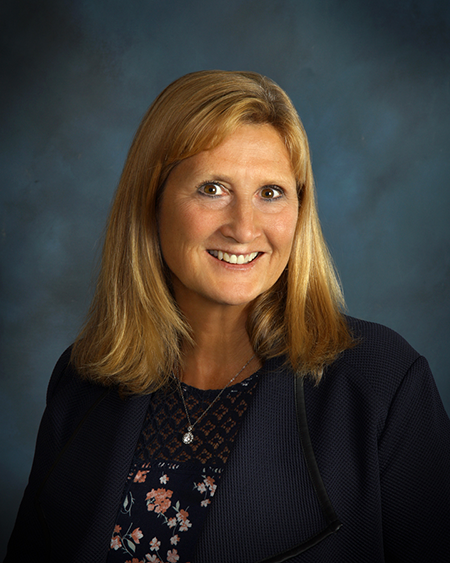 Tom Still, president of the Wisconsin Technology Council, wrote that “for reasons that range from the region’s share of U.S. economic clout to the talent produced by the region’s colleges and universities, and from Silicon Valley fatigue to lower business and living costs, more investors are discovering the Midwest.”

Among the newer investors in the region are Drive Capital, 50 South Capital, Lewis and Clark, Allow Ventures, Lightbank Fund and Revolution Ventures.

“Silicon Valley is also overheating, with people, companies and investors looking for better and less expensive places to live and work,” Still wrote in his commentary. “The next wave of the internet and information technology also favors the Midwest, which remains a hub for manufacturing.”