How One Major Trade Group is Tackling the Worker Shortage Crisis

ABC of Wisconsin hires a jobs ambassador with a background in state politics and skilled trades advocacy. 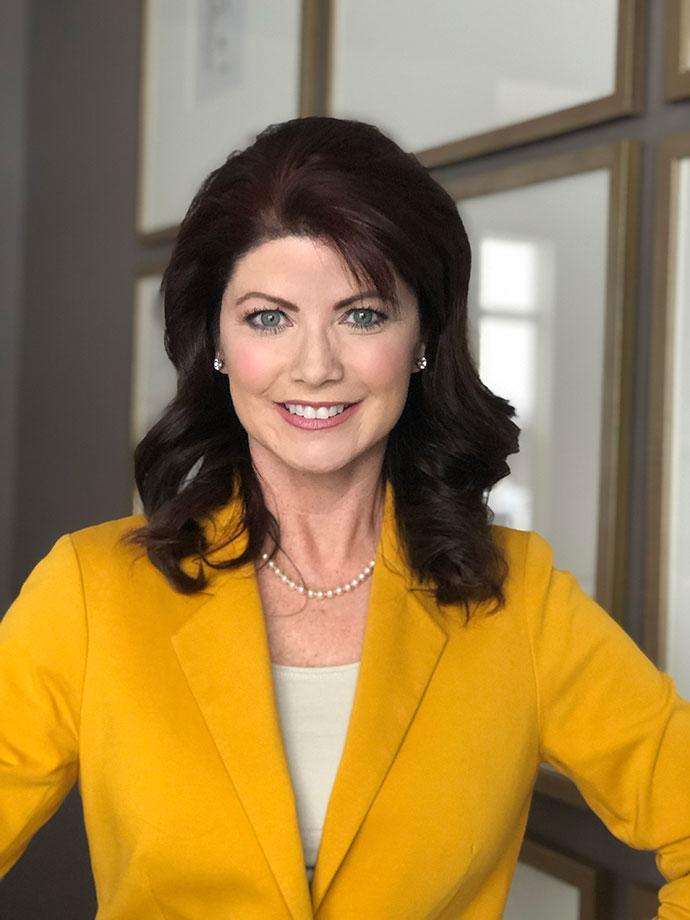 Rebecca Kleefisch is the new Jobs Ambassador for Associated Builders and Contractors of Wisconsin.

Coming off a record-setting run for economic development in Wisconsin, what is former Lt. Gov. Rebecca Kleefisch planning to do for an encore?

Just last week, we learned the answer. Associated Builders and Contractors (ABC) of Wisconsin announced Nov. 12 that Kleefisch would become the organization’s official “Jobs Ambassador,” a role she intends to use to promote careers in the skilled trades. ABC is a national U.S. trade association representing the non-union construction industry.

While this is a new gig for Kleefisch, this is not the first time she has been an outspoken advocate for workforce training and development programs in the skilled trades. In the administration of then-Gov. Scott Walker, Kleefisch served as the main promoter of career technical education and became one of the first high-profile public officials in the country to call for massive investment into the education and employment of the formerly incarcerated.

Indeed, Wisconsin’s multi-faceted workforce development approach was cited by Foxconn as ranking among the differentiating factors that led the Taiwanese electronics manufacturer to select Wisconsin for a $10-billion factory investment following a nationwide search.

In an exclusive interview on Monday, Nov. 18, we asked Kleefisch about her new role, other matters related to economic development, and her career in politics.

Why were you interested and motivated to take on this new gig as Jobs Ambassador for ABC?

KLEEFISCH: ABC of Wisconsin was one of the entities that reached out to me right away after I lost my job in state government, and we kept talking. ABC has been working to solve the skills gap for years. It was one of the areas I advocated for during my time in office. When I first took office in 2011, we did not have enough positions available for all the people who wanted to be working in the skilled trades, but we did some tax code changes and started approaching site selectors to talk about our workforce. After the Great Recession, our challenge completely reversed itself. We did not have enough people who wanted to jump into the workforce and who had the skill sets demanded by the trades. ABC was there every step of the way. They had strong advocates for workforce development, especially in trade skills development.

“We could use a couple thousand more workers in construction in Wisconsin. There is a seven-month delay on construction projects in Wisconsin due to a shortage of workers. Nationwide, about 500,000 more construction workers are needed.”
– Rebecca Kleefisch, Jobs Ambassador, Associated Builders and Contractors of Wisconsin

I see this new role as an opportunity to go back to evangelizing for what makes sense for our workforce. Apprenticeships are a pathway to the American Dream and the Wisconsin Dream. Apprenticeship is something other than traditional 4-year college. The entry wage is $77,000 a year for the median annual pay in apprenticeship jobs. And that career comes with no college debt. A lot of people have never heard of this path; we need to expose more people to it.

Why are the trades so important, and how is Wisconsin doing at preparing the next generation of skilled trade workers?

You’ve been an outspoken advocate of training and employing the formerly incarcerated. Can you explain why that is so important for the future of the U.S. economy?

KLEEFISCH: I think it is important that we are tough on crime and put criminals behind bars, but after they have put in their time and paid their debt to society, one of the best ways we can reduce recidivism is through education and employment. We need to educate them, train them and then help them make a family-sustaining wage. We know that there is a 45% reduction in recidivism if there is education involved. We can spend a few thousand dollars on education instead of $40,000 a year on prisons. Our goal should be to help them become taxpayers.

Do you harbor any aspirations of running for elected office again someday? If so, what type of role would interest you?

KLEEFISCH: I think we did leave some work unfinished in Wisconsin. There is more that needs to be done, but we need to make it through 2020 first. My top priority now is that we elect a conservative to the judicial branch in Wisconsin to serve on state Supreme Court. We see so much good policy that makes it into the court system because political opponents are frustrated by it. These policies will indeed bear fruit, such as Act 10 for pension reform. It has saved the taxpayers of Wisconsin more than $5.3 billion. I became the only lieutenant governor in American history to face a recall election because of that. Secondly, we have a presidential election in 2020, and we need to continue on this economic tear that we have been on. Any thoughts I have about my future and the wonderful state I love are going to be delayed until my top priorities are taken care of. For now, I have to buckle down on that.

The entry wage is $77,000 a year for the median annual pay in apprenticeship jobs.
Source: ABC of Wisconsin

The Foxconn project has received a lot of criticism from media commentators and people in academia. Do you still feel like Foxconn was a good deal for the state? If you had to do it over again, would you agree to the same deal with the company, or would you change anything?

KLEEFISCH: I do think Foxconn was a good deal for the state of Wisconsin. I have watched them build and put a foundation on the ground and then build up from that. I do think they are committed to the state of Wisconsin. I just think that Foxconn is struggling with some of the exact same things that ABC is struggling with – finding workers with the skills they need to grow. They need to find highly skilled engineers and coders and medical doctors. A lot of what they are showcasing has to do with medicine. They are dealing with the same things that a lot of employers are dealing with today. I think Wisconsin definitely got the good end of that deal. We are a Midwestern state that is committed to manufacturing. We want to see the jobs produced. This is very high-tech manufacturing. A lot of Internet-of-Things technology and artificial intelligence are involved in this project. You don’t see that in a lot of traditional Wisconsin companies.

Lack of affordable workforce housing has become an important national issue. Is ABC advocating any particular solutions to this problem?

KLEEFISCH: I personally have engaged in policy advocacy in this area. I was the chair of the Inter-Agency Council on Homelessness in Wisconsin. We wrote the first-ever plan to end homelessness in Wisconsin. It passed the state Assembly but stalled in the state Senate. I have been a longtime advocate for affordable housing. Many people are working hard to bring in two and three paychecks. But even after working multiple jobs, it is often not enough to meet the housing costs that are out there today. We need to fix that.