How the Detroit Tigers Hit a Grand Slam in Loyalty 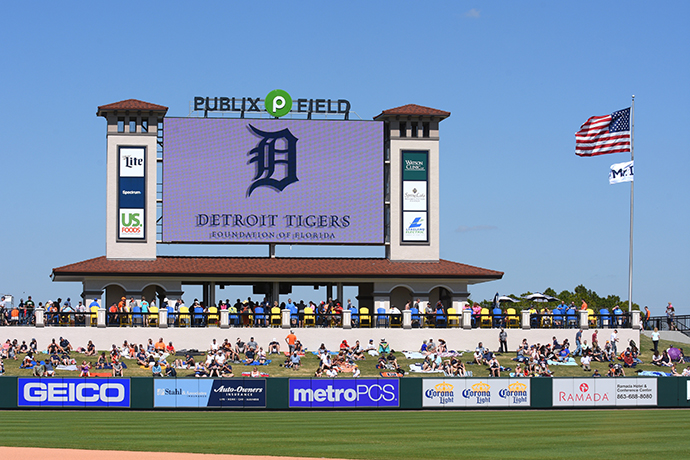 Publix Field at Joker Marchant Stadium in Lakeland, Florida, recently underwent a $48-million makeover – a move that will keep the Detroit Tigers and their spring training operations in Central Florida’s Polk County through 2037.
Photos courtesy of Central Florida Development Council
by RON STARNER

What do baseball, Michigan and a second-tier city in Florida have in common?

In a word, loyalty.

If the TrustBelt Region of the American Heartland is looking for a story it can leverage to produce greater economic gains, the Detroit Tigers offer a history lesson. 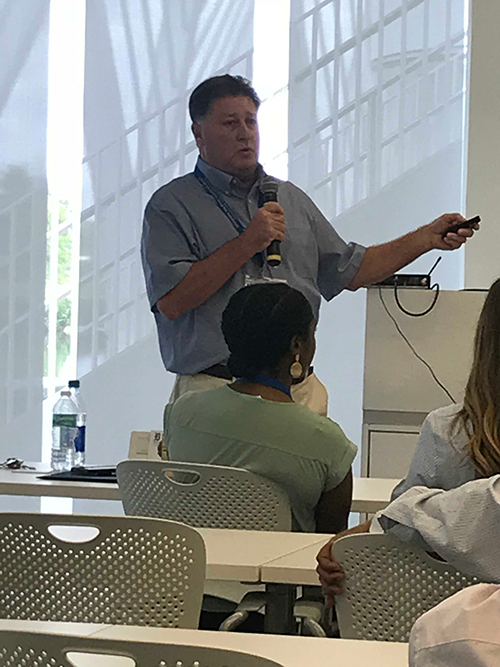 The story begins in 1934, the first year the American League baseball team opened its preseason camp in the spring in Lakeland, then a relatively small town in Polk County in the heart of Central Florida swampland.

Though it would go on to become the corporate headquarters home of Publix Super Markets and a bustling city of 106,420 people, Lakeland wasn’t known for much back in the era of the Great Depression. While the Cleveland Indians had held spring training at Lakeland’s Henley Field Ball Park from 1923 to 1927, tourists weren’t exactly flocking from Ohio annually to cheer on the Tribe in a sweltering place without air conditioning.

A mini-boom in Florida saw the construction of several great landmarks in Lakeland – the Terrace Hotel, New Florida Hotel, Polk Theatre and Park Trammell Building – but the boom had gone bust.

It wasn’t until the Tigers showed up in 1934 that the fortunes of Lakeland began to change, and boy did they change in a hurry. The federal Works Progress Administration built the Lakeland Municipal Airport in the mid-1930s, and a fellow by the name of Frank Lloyd Wright was invited by Florida Southern College President Ludd Spivey to design a “great education temple in Florida.” Wright called his masterpiece the “Child of the Sun,” and today it still stands as the largest single-site collection of Frank Lloyd Wright architecture in the world. The 12 textile block motif structures form the core of Florida Southern College on the banks of Lake Hollingsworth, one of the most walked-around urban lakes in America.

By World War II, young men by the thousands were being shipped to Lakeland from all over the country to learn how to fly fighter planes. It is estimated that, between 1940 and 1945, more than 8,000 Army Air Corps and Army Air Force cadets were trained on the two-seater Stearman PT-17 and PT-13 biplanes in Lakeland on the grounds of what is now known as TigerTown.

The old hangar that housed many of those vintage warplanes still stands, but that’s all that’s left of that era. TigerTown now serves as the spring training home of the Detroit Tigers, and it’s a constant reminder of Michigan’s loyalty to Florida.

The Tigers, like other Major League Baseball teams, have had multiple opportunities to seek greener pastures over the years, both in Florida and Arizona, but every time the Detroit ballclub has opted to remain in Lakeland, which is now the hub city of a 623,009-resident MSA.

Lakeland Finds a Windfall in a Major League Fastball

Ron Myers, director of Florida Operations for the Detroit Tigers, recently explained why at a gathering of commercial real estate executives at Florida Polytechnic University in Lakeland. “We’ve sold a ticket to a spring training game in Lakeland in every state in America and every province in Canada,” he said. “We’ve sold tickets in 82 of the 83 counties in Michigan and in 52 of the 67 counties in Florida. We believe we have the best spring training baseball complex in America, and we’ve been extremely successful in Lakeland over our 84-year history here.”

“Our top target market for tourism now is Michigan. And that’s all because of the Tigers and their historic spring training presence in Lakeland at Joker Marchant Stadium.”
– Kris Keprios, Senior Tourism Sales and Marketing Manager, Central Florida Visitors & Convention Bureau

After finishing a $48-million makeover last year and signing a lease that will keep the team in Lakeland through 2037, the Tigers are on track to complete over a century of spring training baseball operations in Polk County. With a new 85,000-sq.-ft. complex dedicated to improving player performance, Myers says the Tigers have the best baseball facility in the land.

Lakeland, in turn, is happy to have the Tigers as the anchor of a booming tourism sector. Kris Keprios, senior tourism sales and marketing manager for the Central Florida Visitors & Convention Bureau, says that tourism had a $2.5-billion economic impact in Polk last year, part of $112 billion in tourism spending statewide. Some 5.2 million visitors came to Polk in 2017, Keprios adds, noting that they accounted for 3.3 million room nights, created 21,814 jobs that paid $480 million in wages, and saved Polk taxpayers, on average $651 per household in taxes.

“Our top target market for tourism now is Michigan,” says Keprios. “And that’s all because of the Tigers and their historic spring training presence in Lakeland at Joker Marchant Stadium.”

Lakeland also hosts the Miss Florida Pageant, the RussMatt Central Florida Invitational college baseball tournament and the Sun ‘n Fun Fly-In every year, but none of those events would be happening in the land of lakes without the Tigers coming first.

The success of the Tigers in Lakeland has enabled Polk, over the years, to land the USA Water Ski & Wake Sports Headquarters and Hall of Fame, the Florida Youth Soccer Association headquarters, and the one-of-a-kind Lake Myrtle Sports Complex.

“We’re building a sports business cluster in Polk County,” says Keprios. “For every one dollar we spend in marketing, we generate a return of $1,100 in tourism spending.”

That’s the beauty of the Michigan-Florida loyalty model. It works both ways.

The Tigers could have followed fellow Midwestern clubs like the Cleveland Indians and the Cincinnati Reds and bolted Central Florida for Arizona. The two Ohio teams now train in Goodyear near Phoenix after spending decades training in places like Winter Haven and Plant City, Florida. But the Tigers saw greener pastures right in front of them.

By staying put and keeping their roots planted firmly in Lakeland, the Tigers just may have netted the biggest payday of all. That’s the way loyalty works.

Fans understand that instinctively, but sometimes businesses don’t. While Major League Baseball suffers from declining attendance and dwindling TV viewership, a Michigan ballclub just reminded everyone what loyalty can do for the bottom line.