Life After Cabela’s: How Sidney Plans to Rebuild its Economy

When a company town loses its dominant employer, the logical question to ask is: where does the community go from here?

In the case of 6,800-resident Sidney, Nebraska, the answer can be found in a turnaround effort that has been in the making for more than a year.

Bass Pro Shops acquired Sidney-based Cabela’s in a $5.5-billion merger last fall and announced shortly thereafter that most headquarters jobs in Sidney would be either phased out or relocated to Bass Pro’s home base in Springfield, Missouri.

Losing the bulk of 2,000 good-paying professional jobs would be a challenge for any community. But for the small town of Sidney on the plains of rural western Nebraska, it’s more than that. For more than 50 years, homegrown Cabela’s has been synonymous with the identify of Sidney. Dick Cabela founded the outdoor superstore chain in 1961 and his family grew the business into a $4-billion empire.

Now it’s time to rebuild, and Dallas-based logistical and site consultant Tim Feemster says the community has the wherewithal to pull it off.

“The core strength of Sidney is its logistics network,” says Feemster, managing principal of Foremost Quality Logistics. “Cabela’s will likely keep its distribution center there. With a quality industrial park that has a 3PL and 62,000 feet of rail, Sidney will appeal to many logistics users.”

Founded by Union Pacific Railroad in 1867, Sidney sits at the crossroads of Interstate 80 and U.S. Highway 385, which runs from Mexico to Canada.

“We started working on a strategic business attraction plan for Sidney even before the merger,” says Feemster. “We did a SWOT analysis and identified target industries. We came up with a list of over 200 companies in multiple industries and provided more than 400 contact names.”

Feemster says that if any community can ever be prepared for a sudden and massive job loss from one employer, it’s Sidney.

“The town leaders took a lot of steps to make Sidney more attractive well before the merger,” he notes. “They set up bike trails. They built a new hospital. They knew they had to do these things to make the town competitive, and they did.”

Feemster was part of a team of advisors who counseled Sidney and worked with the Economic Development Department of the city on the project. Also on that team were Dean Barber of Barber Business Advisors, and John Hoover and Valerie Battle of Modalgistics, a division of Norfolk Southern.

“Sidney is close to Cheyenne and Denver, and the quality of place has been very good there. The positives include a ready and trained workforce, good facilities, and plenty of available housing.”
– Courtney Dunbar, Industrial Program Leader, Olsson Associates, Omaha, Nebraska

Melissa Norgard, director of economic development for Sidney, says the state of Nebraska is proactively engaged as well.

“We are working very closely with the Nebraska Department of Economic Development,” she says. “A team of economic development staff came here in May of 2016 and then paid us a repeat visit last September. They came and did a tour of our available buildings and sites. Now, when the state gets an RFI, they know that we have so many acres and square feet available.”

About 15 Cabela’s buildings and some 450,000 square feet are available for lease through Bass Pro Shops, which has agreed to lease the buildings to future tenants for just $1 a year.

Just last week, Bass Pro kicked off a $100,000 advertising campaign that included an ad in the Wall Street Journal. The headline on the ad reads: “Usually We’re All About The Catch. This Time There Isn’t One.” The ad promises “great buildings, and great people, waiting for you in Sidney, NE,” at a leasing cost of just $1 a year.

The company also offered buyout packages to employees leaving Cabela’s of up to $40,000. Nearly 700 workers chose to take the buyout. Much of that money is coming from Bass Pro founder and CEO Johnny Morris himself, who pledged to pay more than $20 million of his own money to support people in Sidney who are leaving the company.

Long term, the company said, it plans to retain up to about 500 jobs in Sidney, mostly in IT, accounting, facilities, finance, human resources, logistics and procurement.

“Sidney has a very good story to tell,” Feemster adds. “They have a story to share around the strengths of their community. A huge plus is having all the available facility space. A good example is Quad Graphics. They did the catalog and marketing work for Cabela’s. About 100 employees left Cabela’s to work there long before the merger was announced. Spinoff companies like these can still be very successful in Sidney.”

Location advantages for Sidney, says Feemster, include lots of quality Class A office space; a highly skilled, professional workforce with a strong work ethic; excellent rail and highway transportation resources; a very high quality of life; and an abundant supply of freshwater. 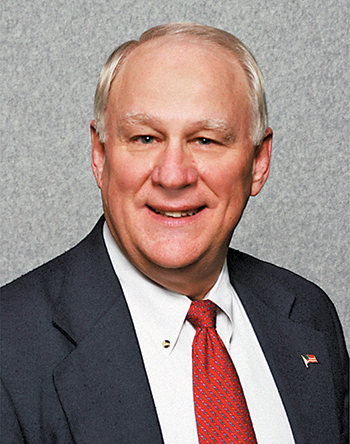 Tim Feemster, site consultant and principal of Foremost Quality Logistics in Dallas-Fort Worth

“Sidney is close to Cheyenne and Denver, and the quality of place has been very good there,” she notes. “The positives include a ready and trained workforce, good facilities, and plenty of available housing.”

Dual class one rail in Sidney was a big reason why Adams Industries chose the community for a sizable operation, Dunbar adds. “You can capture some of that opportunity there,” she says.

With other recent expansions by Lukjan Metal Products, Bell Lumber and Agri-Plastics, Sidney has proven it can move quickly to land significant employers.

“They are primed to make it happen,” adds Feemster. “They are well positioned to recover.”